'The movement must go on': Algerians celebrate Bouteflika's exit, but it's not over 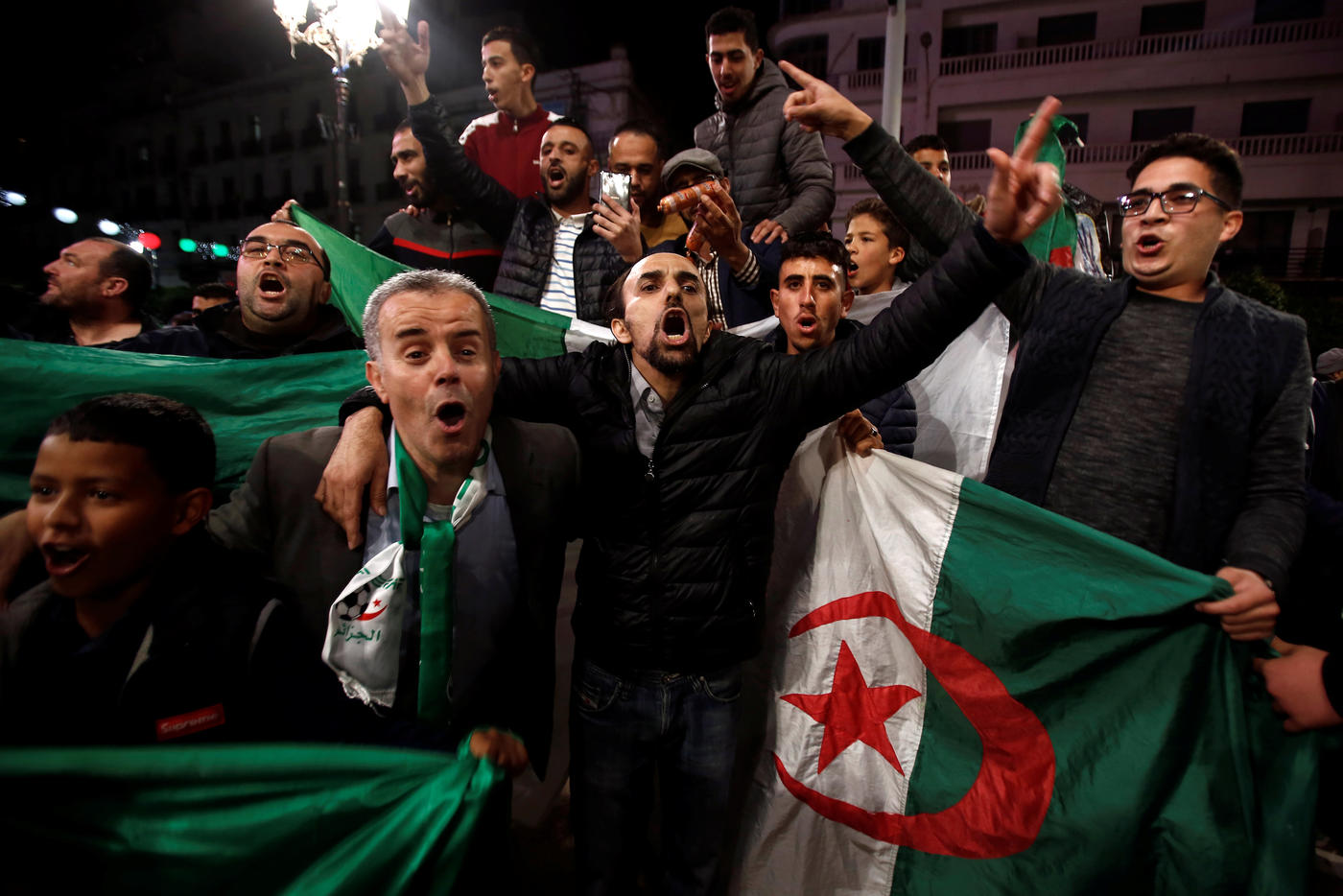 The end of two decades in power for President Abdelaziz Bouteflika brought crowds of cheering Algerians out on the streets yet again on Tuesday evening to celebrate, rather than protest as they have for the past six weeks.

But for many, the campaign is not over: they want the whole system overhauled.

The 82-year-old ailing president, rarely seen in public since suffering a stroke in 2013, finally stepped down after more than six weeks of protests began in February after he declared he would run for a fifth term in office.

Bouteflika initially tried to placate crowds by promising not to run, but delayed the elections that would have seen him voted out. But as protests continued, he announced that he would leave by the end of April. On Tuesday, Algeria's state news agency announced Bouteflika was stepping down.

The announcement followed a call from the army chief for Bouteflika to be deemed unfit to rule and for a transitional process to be put in place - but what that process looks like is the concern for protestors who are vowing to continue their campaign against the country's current ruling class.

"We must continue the popular movement in order to meet all the demands of the Algerian people,"  protester Selim Sarar, 29, told the AFP news agency. "We want the transitional period, during which the government is the people, not the current one, because if the current system forms it, it will be like the movement never happened. The movement must go on."

Kissing an Algerian flag as she celebrated in the middle of the capital Algiers, 67-year-old Farida said the protests must continue.

"Long live Algeria, glory and immortality of our righteous martyrs. Today my brothers have taken only half of their independence. We want independence for all the people - which means the Second Republic," she said. Bouteflika came to power in 1999 after the country's bloody civil war, in elections where he was backed by the army and all other candidates dropped out fearing fraud.

The army could now itself come into conflict with the protest movement if the momentum continues after a million people protested against the government last Friday.

Hasni Abidi, director of the Center for Studies and Research on the Arab and Mediterranean World, said the army will face a major challenge in managing a political transition alongside its security duties.

He said the figures in charge of the transition could be proposed "by the street", including members of civil society, the political opposition and politicians who have removed themselves from Bouteflika's sphere.

"But there's one important condition: the political figures must be mandated by the Algerian street, through free elections."

Whether the protesters will be allowed to do that could become a major point of contention as the transition goes ahead while many celebrating on the streets have insisted they will continue their campaign.

"It is today that we started kicking out this gang. There must be free justice to hold them accountable," said Said bin Toubal, 57. "The people of Algeria are one hand, the people are like solid pillars, we must not be divided, [we must] stay as one hand." Culture
The Algerian artists capturing the spirit of protest