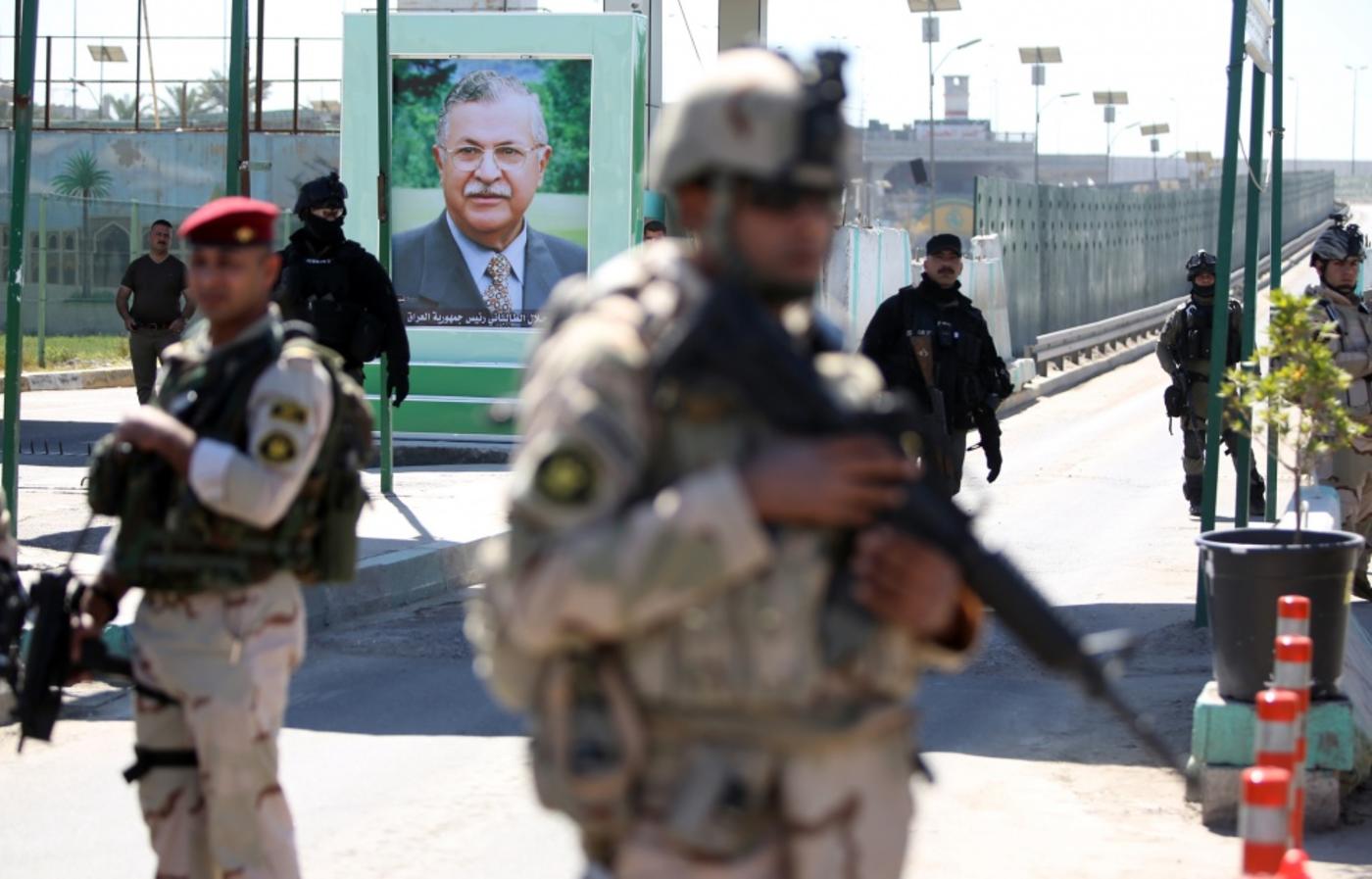 The wife of an Iraqi journalist shot dead at a Baghdad checkpoint for a "trivial reason" on March 22 burst into tears when faced with his alleged killer in court on Monday. Ahmed Braiyim, a lieutenant with the Kurdish peshmerga, stands accused of shooting Mohammed Bidaiwi at point blank range, after an argument between Bidaiwi and another plainclothes officer in the Kurdish guard in the checkpoint queue escalated, according to witnesses who gave evidence yesterday.

Wissam Jawaz Zair, an eye-witness working nearby as a personal guard to an MP, testified that after the initial confrontation with the second officer, Bidaiwi apologised when he "realised that the person who tried to bypass the queue was in the military". At that point, though, the court heard that Lieutenant Braiyim stepped in, pulled out his gun and shot Bidaiwi at close range.

The trial comes amid a ratcheting-up of sectarian tensions in the run-up to elections at the end of this month. Hanan Fatlawi, MP for al-Maliki’s Rule of Law party, appeared on state television on 6th April demanding that, for every 7 Shi’ites murdered, 7 Sunnis be killed in revenge. This kind of rhetoric appears to be gaining currency in Iraq; after Bidaiwi’s killing, al-Maliki visited the site of the murder, announcing that he would personally be responsible for avenging the murder, and that ‘blood can only be expiated by blood’. This sparked concern among the judiciary, with the Prime Minister appearing to intervene personally in legal affairs.

Hand in hand with this increasingly violent rhetoric come crackdowns by the Iraqi security forces, who claim that they killed 19 militants in clashes yesterday. No figures were given as to casualties sustained by government forces. The fighting was fiercest south of Baghdad, as well as in Ramadi and Fallujah, cities reportedly ‘overrun’ by militants since January of this year.

The heightened security concerns have also extended to autonomous Kurdistan, where officials have announced that on polling day roads will be closed between major cities. There are also plans to allow police and security personnel to cast their votes days before the rest of the population, freeing them up to provide support.