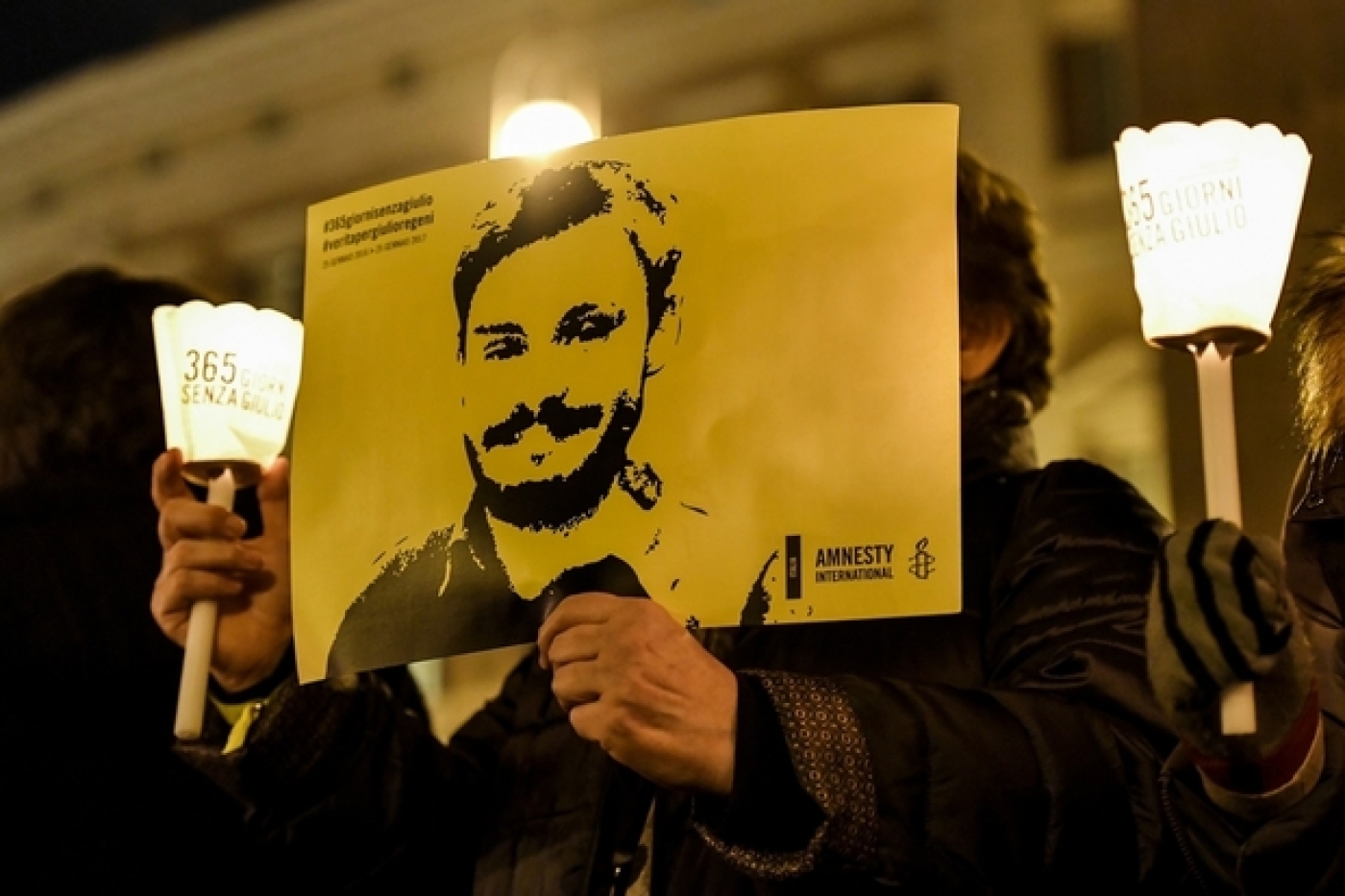 Giulio Regeni, an Italian student tortured and murdered in Cairo in 2016, was ensnared in a "spider's web" spun by the Egyptian security services in the weeks leading up to his death, Rome prosecutors said on Tuesday.

Prosecutors Sergio Colaiocco and Michele Prestipino have been investigating Regeni's killing in coordination with Egyptian officials, but after almost five years, no-one has been charged yet with Regeni's death.

Italy placed five members of Egypt's security forces under official investigation last year for their alleged involvement in the disappearance of Regeni, a 28-year-old postgraduate student at Cambridge University.

Egyptian officials have repeatedly denied any involvement in the killing of Regeni, who had been researching Egypt's independent unions for his doctoral thesis.

Will justice ever be done for Giulio Regeni and all the Regenis in Egypt?
Barbara Bibbo
Read More »

Authorities in Egypt did not immediately react to the Italian prosecutors' remarks.

Colaiocco told the first session of a parliamentary commission set up to review the case that Regeni had been the focus of significant scrutiny by security forces in Cairo.

Regeni disappeared on 25 January 2016 - the fifth anniversary of the start of the 2011 uprising that ended the 30-year rule of Hosni Mubarak.

"A web was spun by Egypt's national security service from the October preceding his death, a web in which the apparatus used the people closest to Giulio in Cairo," Colaiocco said.

People who knew Regeni had passed information about him to the security services, he alleged.

Intelligence and security sources told Reuters news agency in 2016 that police had arrested Regeni outside a Cairo metro station and then transferred him to a compound run by homeland security. The police have denied this.

The attempts included claiming Regeni might have died in a car accident and then suggesting he was killed by a five-strong criminal gang, who in turn were shot dead by Egyptian police. Prestipino told parliamentarians that a lack of bilateral judicial pacts between Egypt and Italy complicated coordination.

Human Rights Watch said last month that Egypt was continuing to use systematic torture on a widespread scale.

“Interior Ministry police and National Security Forces have disappeared hundreds of people in the past years and subjected scores to severe torture including by electric shocks, rape and threat of rape,” the report said.

Rare demonstrations against the rule of President Abdel Fattah el-Sisi broke out across Egypt in September, sparked by corruption allegations levelled by the Egyptian dissident and whistleblower Mohamed Ali.

The ensuing crackdown saw more than 4,000 people arrested, according to rights groups. Despite government denials, ten of thousands of Egyptians are believed to be detained for their political positions.