Judge rules against government database, which Council on American-Islamic Relations says is discriminatory against Muslims 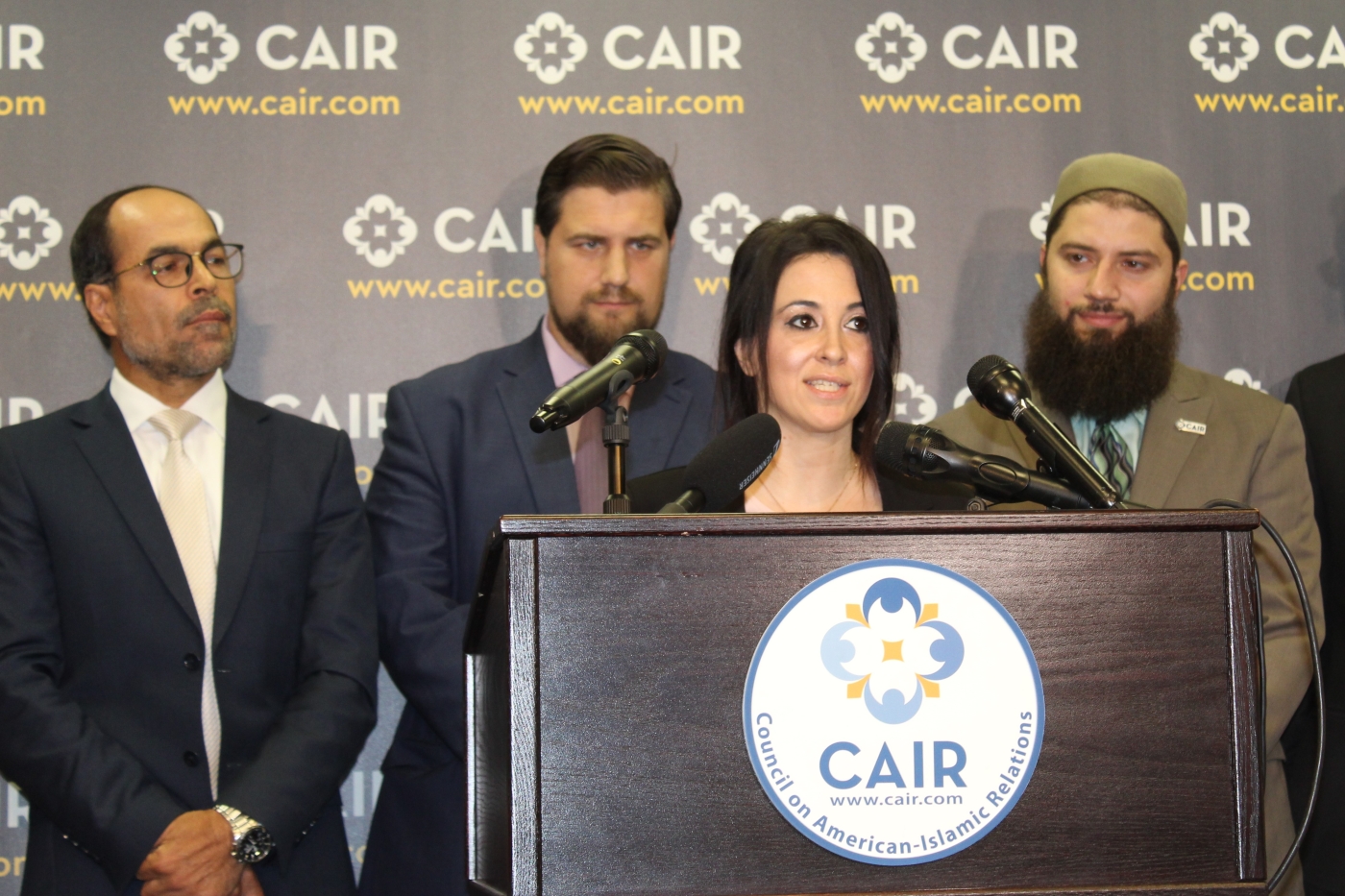 Hassan Shibly says he has never been happier in his life.

The Florida-based Muslim-American lawyer has been interrogated and made to feel like a second-class citizen by United States border agents for the past 14 years.

It happened every time he tried to return to the country from trips abroad, Shibly said.

Now the source of his woes, the US government's terrorist watchlist, has been declared unconstitutional by a federal district judge.

"I've literally never been so happy, so excited," an overjoyed Shibly said at a news conference at the office of the Council on American-Islamic Relations (CAIR) in Washington on Thursday, a day after the judge issued the ruling.

CAIR filed a lawsuit in 2016 against the FBI's Terrorist Screening Center, which runs the database, on behalf of 23 individuals on the list, including Shibly.

The advocacy group argued that the watchlist violated individuals' rights and barred them from having the chance to properly defend themselves or challenge their place on the list.

Muslim-American advocates have long accused the government of treating their communities with suspicion after the 9/11 attacks by creating arbitrary watchlists that restricted their freedom of movement.

Moreover, they say the government has shared data from the watchlist - which CAIR estimates contains a million names - with banks, police departments and even animal shelters, further spreading the stigma.

Dressed in an olive-coloured suit with masbaha prayer beads wrapped around his wrists, Shibly said on Thursday that the court's ruling "vindicated" Muslim Americans and brought a sense of relief and validation to their longstanding concerns.

He said the additional security measures he has been subjected to at airports and border crossings as a result of having his name on the watchlist were "unconstitutional", "un-American" and "oppressive".

"It became a pattern, where every time I want to travel, there are armed officers. They'd take me to another room - once placing me in handcuffs, interrogating me, treating me like a criminal even though I've done nothing wrong," Shibly, sporting a long beard and a kufi Muslim hat, told Middle East Eye.

"That's what inspired me actually to go to law school and become a civil rights attorney."

Shibly, who serves as the director of CAIR's Florida chapter, added that the issues stemming from the watchlist go beyond unpleasant interactions with law enforcement officials and border agents.

"It demonises the Muslim community as a whole."

In his ruling on Wednesday, US District Judge Anthony Trenga said travel restrictions imposed by the watchlist are comparable to the No-Fly list, a government database that can be used to ban people from boarding a plane.

Trenga, who is based in Virginia, issued a ruling against the No-Fly list in 2015, a year after a US district court in Oregon ruled that the procedure for placing people on that same list was unconstitutional.

While the FBI's terrorist watchlist does not ban people from travelling, many of the plaintiffs now avoid leaving the country or flying domestically because of the interrogations and security measures they must undergo every time they travel, Trenga said in his ruling this week.

He stressed that freedom of movement is a "fundamental liberty". The federal government shares information from the watchlist with 18,000 local law enforcement agencies and 533 private entities, causing harm to the reputation of the people on it, the judge wrote.

Trenga also criticised the way in which the government places people on such lists.

"There's no evidence or contention that any of these plaintiffs satisfy the definition of a 'known terrorist'," he wrote.

"None have been convicted, charged or indicted for any criminal offense related to terrorism, or otherwise."

Instead, Trenga said, individuals are placed on the list as "suspected terrorists" based on an error-prone "subjective judgement".

"The court concludes that the risk of erroneous deprivation of plaintiffs' travel-related and reputational liberty interests is high, and the currently existing procedural safeguards are not sufficient to address that risk," the judge said.

He added that the current system "fails to provide constitutionally sufficient procedural due process".

Despite his scathing criticism of the watchlist, Trenga left it up to the lawyers of both parties to recommend remedies for the problems he raised.

He gave the CAIR and US government lawyers 30 days to file motions to address the "outstanding issues" in the case.

At the news conference on Thursday, CAIR lawyer Gadeir Abbas said the group's first goal will be to have the names of all innocent people removed from the watchlist.

"Innocent people should be beyond the reach of an extrajudicial system assigning people a second-class status," Abbas told reporters.

The FBI declined to comment on the case when contacted by MEE on Thursday.

Still, in court motions, the government argued that the list and its secretive nature aim to protect US national security and ongoing investigations - an argument dismissed by Abbas.

He said the watchlist is wasteful and highly ineffective in identifying militants.

"This makes us a lot less safe. There are a lot of people and a lot of money that gets spent on making these stupid lists," Abbas told Middle East Eye.

He said the standard for placing people on the list is "contentless", meaning the government can classify whomever it wants as a "known or suspected terrorist".

But the system is "trained on the Muslim community", Abbas said, so it ends up targeting Muslim-American leaders and scholars, as well as people within these individuals' networks.

Being associated with a watchlisted person can get you on the list yourself, Abbas added.

Nihad Awad, CAIR's national executive director, also said that Muslim advocates, including himself, were victimised by the watchlist, hailing Trenga's decision as "historic".

"Today is a historic day for all Americans, the American-Muslim community especially, and all of those who believe in the US Constitution and the right of due process," Awad told reporters.