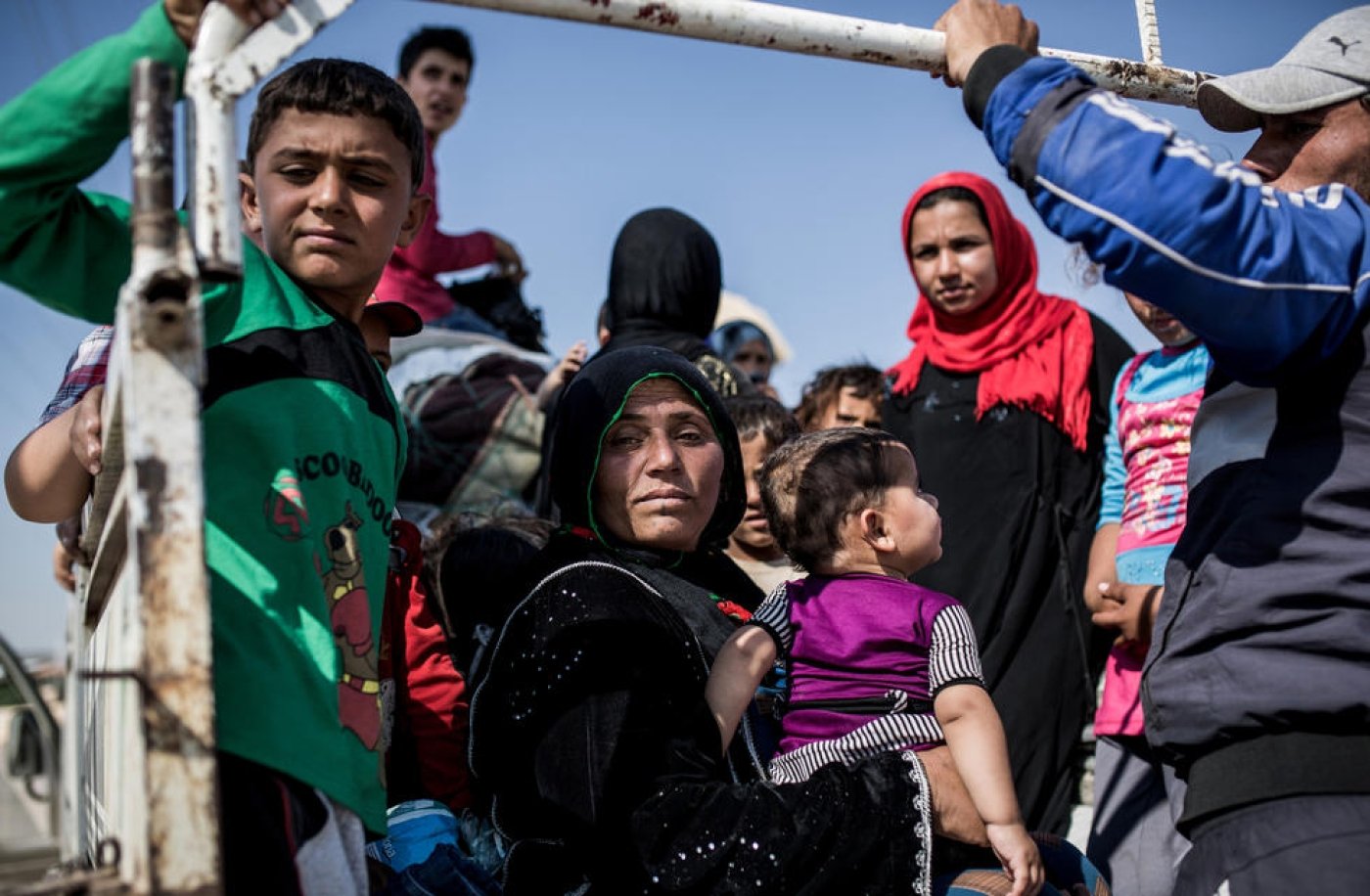 Human Aid has projects in various crisis areas including the Gaza Strip and Syria, where it provides aid to refugees (AFP)
By
Areeb Ullah

A UK-based Muslim charity has launched a legal challenge against the British government after its aid workers were stopped under controversial counterterrorism laws.

Human Aid UK, a charity that supplies aid to war-torn areas across the Middle East, said its aid workers had been stopped under Schedule 7 of the Terrorism Act.

The charity said its aid workers, who were en route to the Gaza Strip, had been stopped by the police in July 2019 and had donations for their projects seized by the UK Border Agency during the Schedule 7 stop.

Schedule 7 allows UK Border Police to stop anyone to determine whether they are involved in planning terrorist acts. The powers do not require officers to have any reason for suspicion. Individuals have to answer questions posed by police during these stops and risk arrest if they refuse to respond. 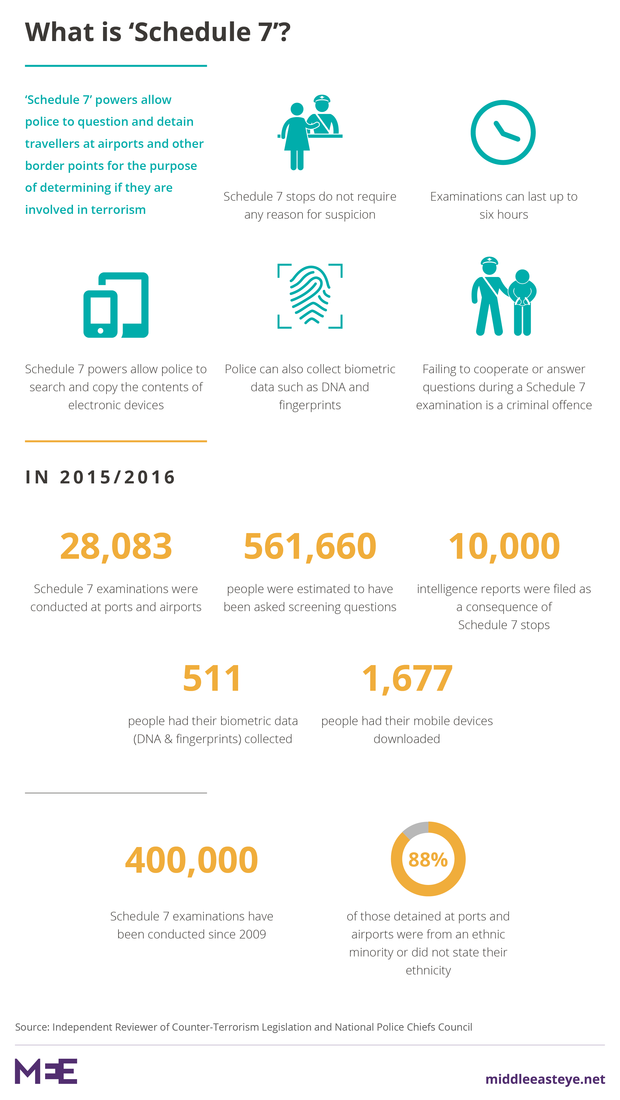 Nur Choudhury, the chair of Human Aid UK, said his staff members had been repeatedly stopped by the police while going through UK ports. He claimed that aid workers from other Muslim charities had encountered similar treatments.

"Human Aid UK has had staff and volunteers stopped repeatedly under Schedule 7 powers. During these stops, our aid workers are searched, interrogated under terrorism laws and their fingerprints and DNA samples are taken," Choudhury told MEE.

"There seems to be no way to stop this harassment and criminalisation of aid work. One begins to wonder if it is a crime to care for others."

Human Aid has previously had its bank accounts frozen and was investigated by the UK Charity Commission over the course of five years. The report concluded in 2017 that there had been "no misapplication of charity funds" by Human Aid, but according to the charity, the investigation led to "significant financial loss" for the organisation.

Since then, Human Aid said it had worked closely with the Charity Commission as part of its obligations after the report was published, and it continues to be questioned by them over its activities.

"The Charity Commission does important work in ensuring public funds are used for charitable purposes and we continue to cooperate with them. They are there to enable and empower charities," Choudhury added.

"They should not, however, become a tool for intelligence agencies and counterterrorism police to conduct investigations under the radar exploiting the Charity Commission's extensive powers."

Schedule 7 has faced intense criticism from rights groups with calls by human rights activists for the powers to be removed. A Cambridge University study from 2014 found that 88 percent of the people it interviewed, who had been stopped under Schedule 7 at a particular airport, were Muslim.

Since 2009, only 30 people have been convicted following Schedule 7 stops, despite authorities stopping 419,000 people on borders across Britain, making the conviction rate 0.007 per cent.

Last month, CAGE UK, a human rights organisation that focuses on helping victims of the so-called 'war on terror', said it had anecdotal evidence that Schedule 7 stops had disproportionately impacted members of the Muslim community.

CAGE's International Director Muhammad Rabbani, who himself has been stopped over 20 times under Schedule 7, said the powers were "not fit for purpose."

“Through our work, we've seen that Schedule 7 discriminates against Muslims, but even more so against Muslim aid workers. It impedes the delivery of life-saving aid and worst still, it can discourage charitable action altogether," Rabbani told MEE.

"Our report on the use of Schedule 7 demonstrates that this power is not fit for purpose and is a manifestation of structural Islamophobia.”

MEE has contacted the Charity Commission and the Home Office for comment.