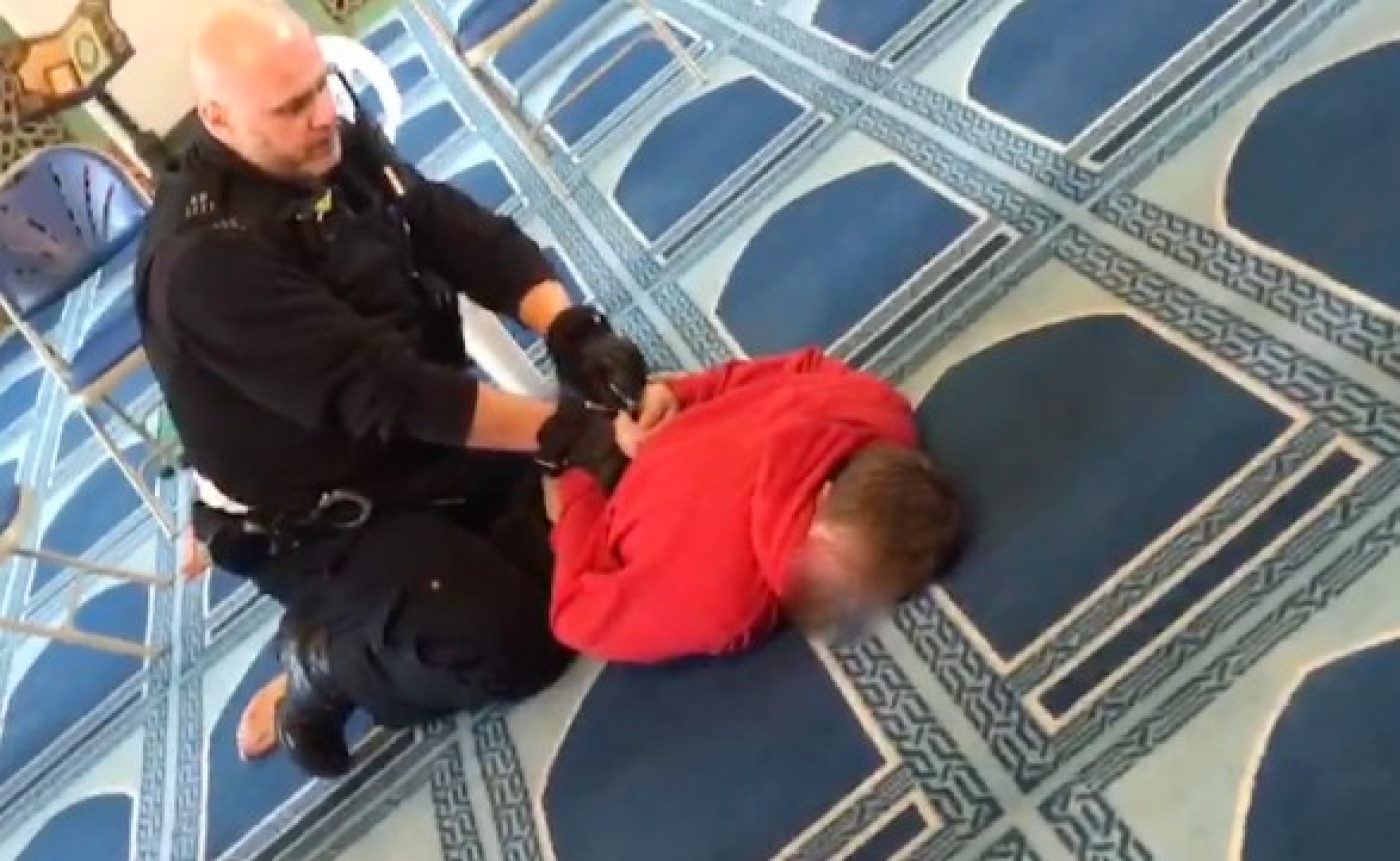 A 29-year-old man was arrested on suspicion of murder after stabbing a Muslim worshipper in the neck during prayers at Regent's Park Mosque in central London.

The victim, in his 70s, was taken to hospital, where London's Metropolitan Police confirmed his injuries are "non-life threatening".

The police said they were not treating Thursday's incident as terror-related, with the attacker arrested at the scene on suspicion of attempted murder.

Images posted online showed police pinning down a man in the middle of the mosque's expansive prayer hall, with a knife lying near the suspected attacker under a plastic chair.

'Every Londoner is entitled to feel safe in their place of worship,'

In a statement, the mosque said the injured man was the muazzin, the person who makes the call to prayer, and he had been stabbed shortly after 15:00 GMT during afternoon prayers.

Ahmad al-Dubyan, the director-general of Regent's Park Mosque, told Middle East Eye that the muazzin was stabbed "on the side of his neck".

"The muazzin is in hospital right now, and according to the information I have, he is in a stable condition.

"We don't know the background of this man [the attacker], but he was with us inside the mosque.

"We are shocked by this attack. We don't know the motivation behind it."

A 70-year-old Muslim worshipper has been stabbed in London’s Central Mosque.

The Imam of Regent’s Park Mosque has said that the assailant was a young man that had frequented the mosque in recent years pic.twitter.com/bg3DiHz9KJ

The Muslim Council of Britain condemned the incident and described the attack as "deeply distressing", adding it would be "reissuing" safety advice for mosques across the UK.

London Mayor Sadiq Khan also said he was "deeply concerned by the attack" and that police would be "providing extra resources in the area".

"Every Londoner is entitled to feel safe in their place of worship," he tweeted.

Meanwhile, UK Prime Minister Boris Johnson said he was "deeply saddened" by the incident and said his "thoughts are with the victims and those affected".