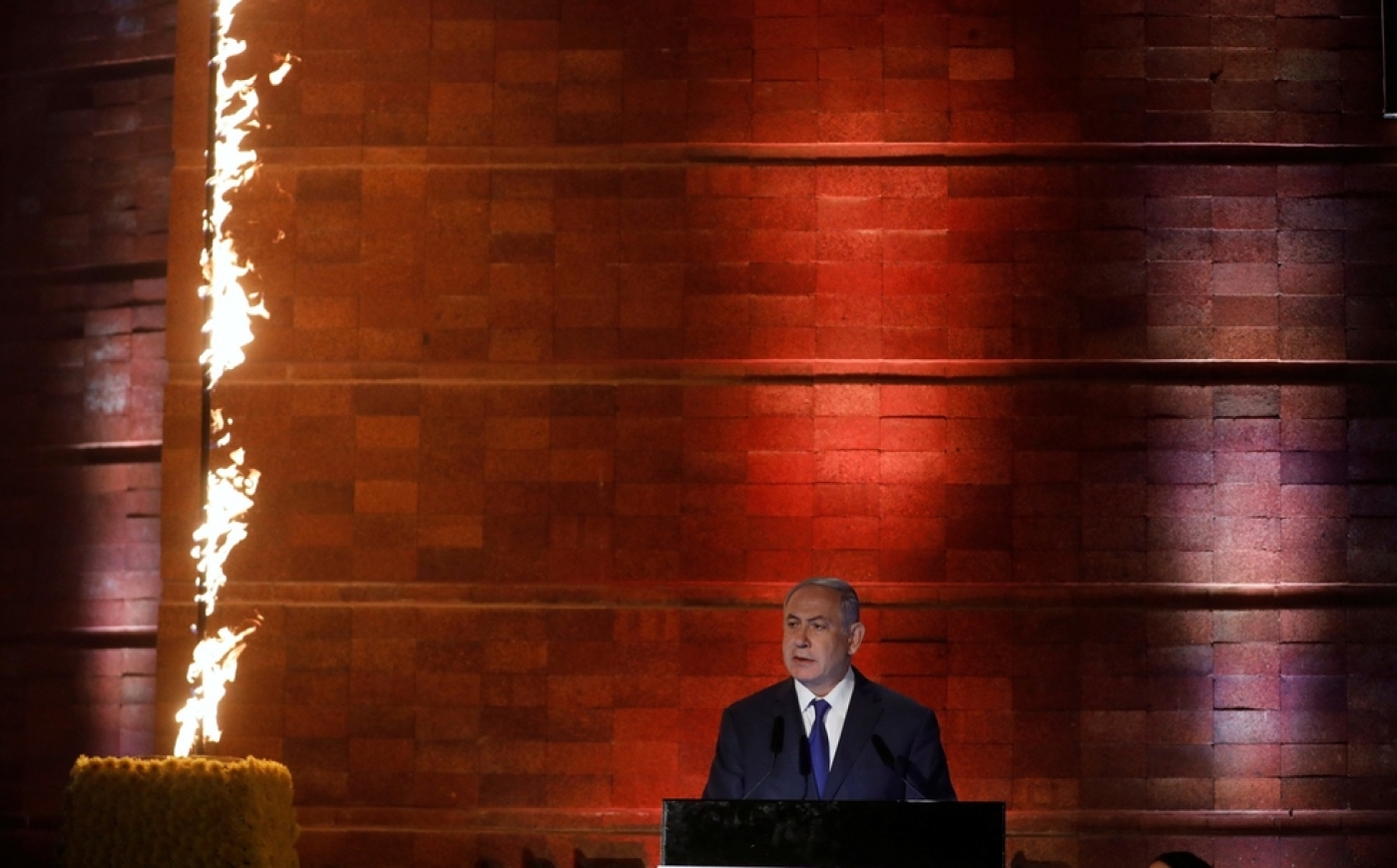 Prime Minister Benjamin Netanyahu praised the US-led strikes on Syrian targets on Saturday with a warning that Iran's presence there further endangers Syria.

US, British and French forces hit Syria with air strikes overnight in response to an alleged poison gas attack that killed dozens of people last week. US President Donald Trump said he was prepared to sustain the response until Assad’s government stopped its use of chemical weapons.

"Early this morning, under American leadership, the United States, France and the United Kingdom demonstrated that their commitment is not limited to proclamations of principle," Netanyahu said in a written statement.

Netanyahu said Syrian President Bashar al-Assad must understand that "his provision of a forward base for Iran and its proxies endangers Syria".

An Israeli official said the country was notified of the strikes ahead of time. Asked how much warning Israel had received, the official told Reuters: "Between 12 and 24 hours, I believe."

Asked whether Israel helped choose targets, the official, who spoke on condition of anonymity, said: "Not to my knowledge."

A US embassy spokeswoman confirmed to Reuters that Israel had been notified before the strikes, but she provided no further details.

Trump's new national security adviser, John Bolton, spoke in the last few days with his Israeli counterpart, Meir Ben Shabbat, to coordinate details of the US-led attack, according to Haaretz.

On Wednesday, Russian President Vladimir Putin spoke to Netanyahu and urged him to do nothing to destabilise Syria, according to a Kremlin statement.

In a speech at a Holocaust memorial on Wednesday, Netanyahu had urged action against the Syrian government.

"The events of the last days teach that standing up to evil and aggression is a mission that is incumbent upon every generation," Netanyahu said earlier this week.

"We saw the Syrian children who were slaughtered with chemical weapons. Our hearts were rent by the horrific sights."

Syria, Iran and Russia say Israel was behind an air strike on a Syrian air base on Monday that killed seven Iranian military personnel, something Israel has neither confirmed nor denied.