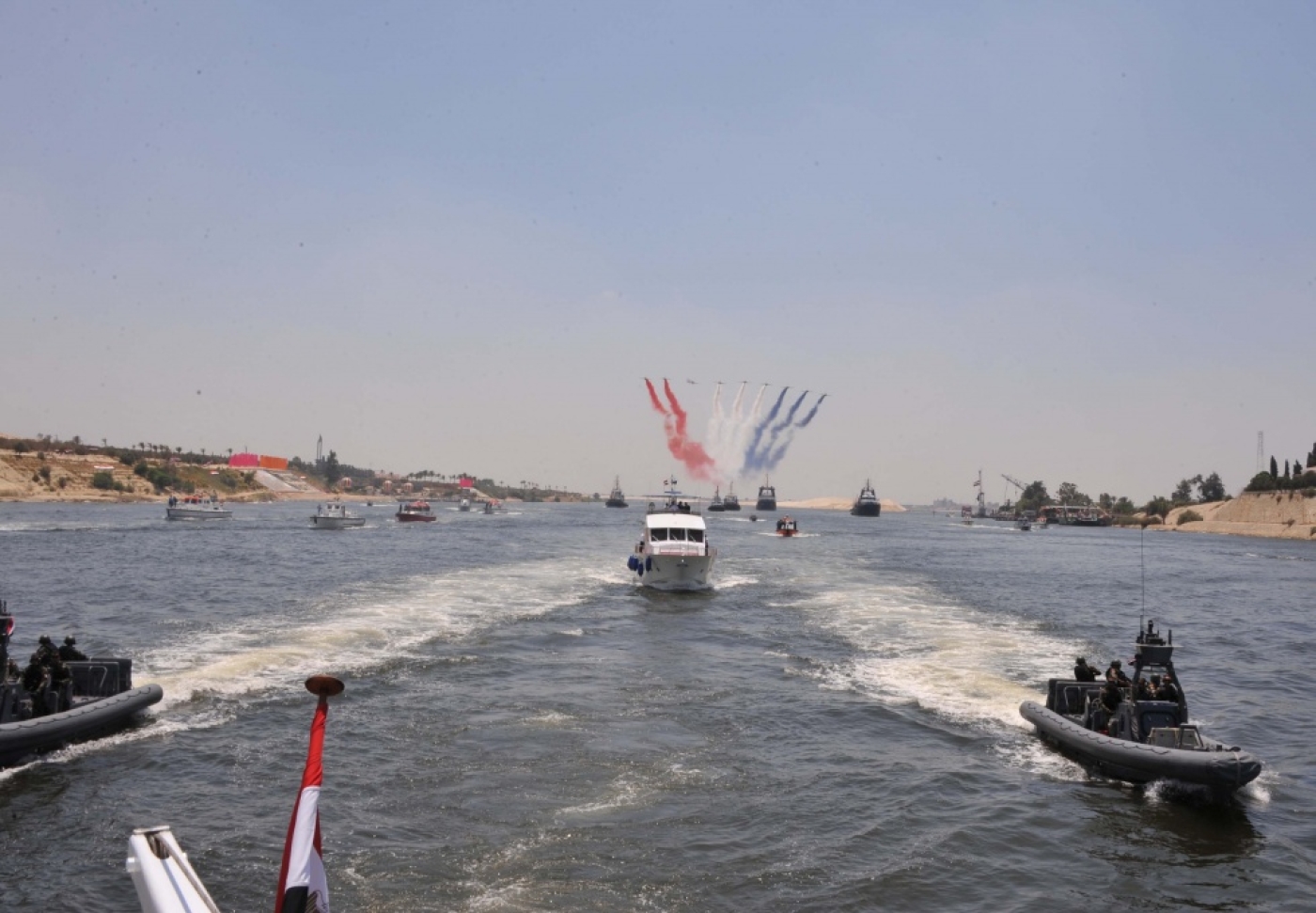 At least 2,000 Egyptians have been displaced by the construction of the “New Suez Canal” a project designed to expand the existing Suez Canal between the Red Sea and Mediterranean Sea.

The project, one of the major infrastructure works proposed by Egyptian President Abdel Fatah al-Sisi as a means of boosting the Egyptian economy, was originally scheduled to take three years to complete, though Sisi said it should be done in one.

Not actually a "new" canal, the project - dubbed the Suez Canal Axis - is meant to enlarge the transit capacity of the original canal and increase industrial activity in the area.

Sisi originally set the cost for the project at $8.2 bn.

In a speech about the project he said that “Egyptians will experience a new economic era that will depend on the strength of the people and the project will be owned by Egyptians.”

Minister of Manpower Nahed Ashry has stated that “a million job opportunities will be provided through the project and 76,000km on both sides of the Canal will be developed, as well as the reclamation and cultivation of nearly four million acres.”

However, according to lawyers for citizens displaced by the construction, over 1,000 residential buildings have been destroyed since the beginning of September and agricultural lands have also been confiscated, with no compensation or alternate housing so far provided.

Sherine al-Haddad, a lawyer for the displaced families, told the Egyptian news site Mada Masr that a further 2,000 people could also be displaced by the construction.

“These families were given very little notice prior to their eviction – just around one week – and have not received any concrete form of compensation,” she said.

“Only promises from the officials involved in the New Suez Canal Project.”

She pointed out that the evicted parties had “been residing on these lands for nearly three decades. Thus, by virtue of Egypt’s occupancy regulations and the construction of permanent homes on these lands for more than eight to 15 years (their homes should be) legally recognised as their abodes.”

“Further recognising their residency on these lands are the utility bills that these residents have been paying the governorate of Ismailia over the course of the years and decades in which they have lived there.”

The authorities have justified the demolitions on the basis that the Sinai Peninsula is overwhelmingly owned by the military and the state.

Ibrahim al-Sayyed, a displaced mango farmer from the village of Abtal, was given a 10-day notice to vacate his home and farmland and, though he has found new accommodation, has lost both his home and his source of income.

“My family and I voted for President Sisi, and will vote for him again in the upcoming presidential elections,” he told Mada Masr.

“We support the president and his great national project that will help the economy of the whole country. However, we also want to have homes and farms of our own, as we did just three weeks ago.”

He said he and his relatives looked for employment on the new project but were “turned down when the officials learned that we were displaced from Abtal.”

“In the 1980s, under President Hosni Mubarak, my family and other farming families were encouraged to settle to the east of the canal in Sinai,” he said.

“Now we’ve been pushed back to west of the canal, have been driven from our homes, lands and jobs.”