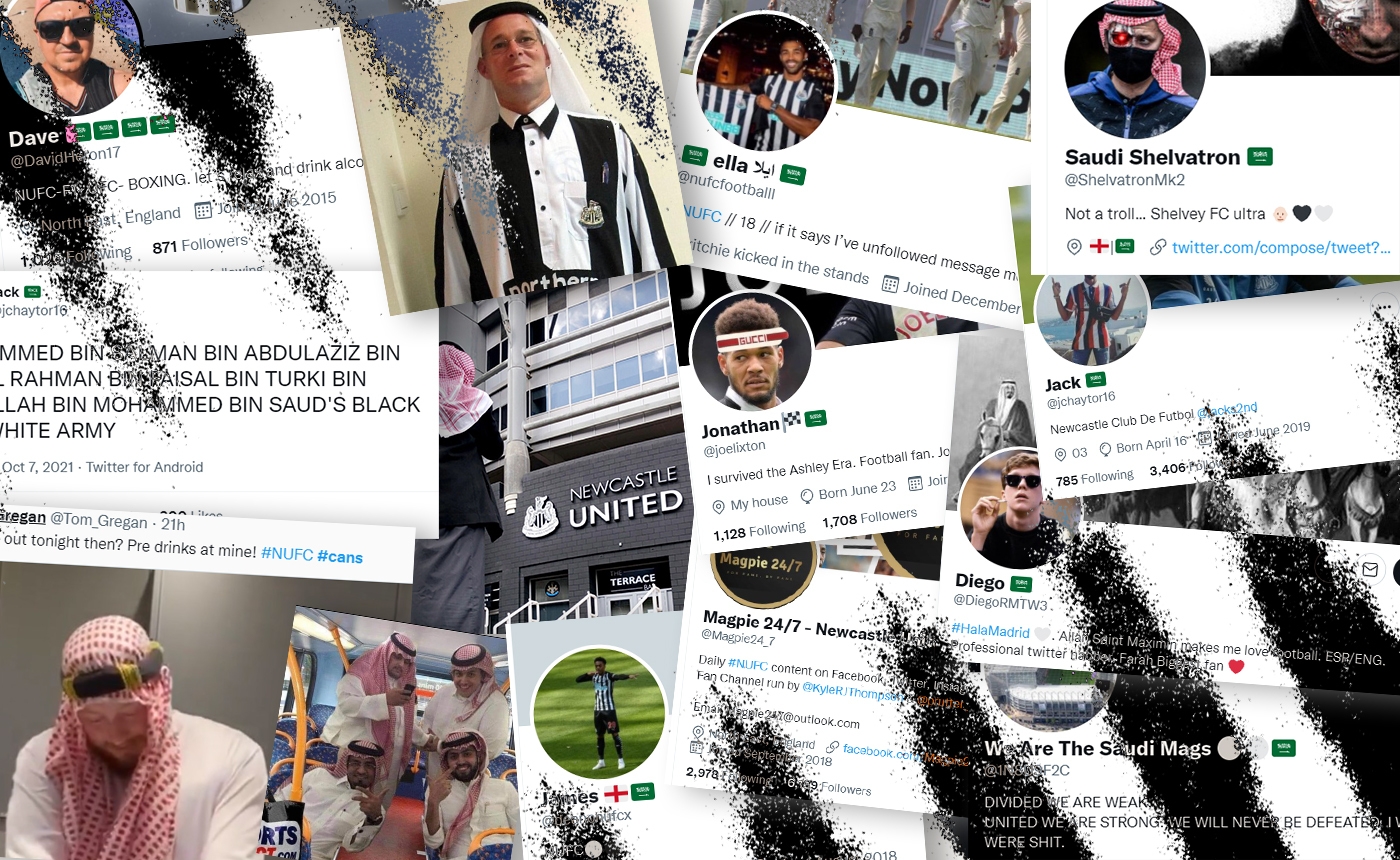 Newcastle United fans have reacted to the Saudi takeover of their football club by wearing towels on their heads, putting Saudi flags in their social media handles and sharing memes of the kingdom's crown prince.

The takeover by a Saudi-backed consortium was confirmed by the English Premier League (EPL) on Thursday afternoon.

"Following the completion of the Premier League's Owners' and Directors' Test, the club has been sold to the consortium with immediate effect," the EPL said in a statement.

The proposed takeover broke down over concerns about media piracy and the Saudi state owning a football club. Now the EPL claims these concerns have been addressed.

"The Premier League has now received legally binding assurances that the Kingdom of Saudi Arabia will not control Newcastle United Football Club," the statement said.

The announcement sparked frenzied reactions in Newcastle and across social media.

Shortly after the takeover was made official, thousands of fans flocked to St James' Park stadium to celebrate. Some brought with them Saudi flags, while others wore bin Salman masks.

Supporters also took to social media to share their joy. Several celebrated by posting pictures of themselves, and others, with improvised headwear of towels and makeshift keffiyehs.

"Newcastle United will never be defeated," wrote one user, accompanied by a picture of a Bedouin man on a camel with a Newcastle fan superimposed over his face.

Another posted a picture of football icon Kylian Mbappe sporting a keffiyeh, taken in Qatar in 2017, predicting that the star would be on his way to Newcastle next year.

Meanwhile, one supporter posted a picture of a tea-towel wrapped around his head, with the text: "Who's out tonight then? Pre-drinks at mine."

The hashtag #Cans was widely used by football fans, as Newcastle supporters drank beers to celebrate their club being taken over by a conservative kingdom where alcohol is prohibited.

Scores of excited supporters changed their profile names on Twitter to include Saudi flags. Others posted images and videos of Mohammed bin Salman.

In the replies, were several TikTok videos celebrating the crown prince, seemingly posted by Saudi citizens.

Users imagined how current Newcastle players might attempt to impress the de facto ruler of Saudi Arabia: perhaps with Quran recitation or by showing off footballing tricks.

Sean Longstaff convincing Mohamed Bin Salman not to loan him out pic.twitter.com/OB1IlQmq9E

In one tweet, a user posted a picture of a wrestler sporting a keffiyeh choking an opponent. "Steve Bruce if he doesn’t deliver results," the caption read.

Most Newcastle fans are hoping that the arrival of their new Gulf owners will be accompanied by a change in management. The club currently sit 19th out of 20 in the EPL table, with no wins from their first seven games this season.

Several fans chanted "You're getting sacked in the morning" outside the stadium on Thursday, referring to Bruce.

Commentators and activists took to social media to raise concerns about Saudi Arabia using the historic family-oriented club, which has deep links to its local community, to "sportswash" its human rights abuses.

"As a lifelong Newcastle United supporter I feel sick this morning. No time for Ashley but he doesn't murder and dismember journalists or chop people's heads off or treat women as third class humans on an industrial scale," said Channel 4 News correspondent Alex Thomson.

The tweet was shared by Match of the Day presenter Gary Lineker, who said that Newcastle fans were now faced with a moral dilemma.

Football fans want their clubs to succeed, but at what price? The dilemma facing @NUFC supporters. https://t.co/w2BnUwkVEK

"Disgusted that Saudi Arabia is going to use Newcastle United to 'sportswash' its horrendous abuse of human rights and continued brutal slaughter of Yemen," said Phillip Proudfoot, a Middle East anthropologist and the leader of the UK's Northern Independence Party.

"It is a particular affront to our region given that South Shields has one of the UK's longest established Yemeni communities."

Last year, MEE spoke with members of Newcastle's Arab communities, who said they welcomed the initial collapse of the takeover, citing concerns about Saudi Arabia's military campaign in Yemen.

MBS, the murderer of Khashoggi, the architect of starvation in Yemen, is becoming de facto owner of a British Premier League football club. Imagine the reaction if, say, Bashar al Assad had bought Newcastle United. Our hypocrisy in the West on human rights knows no bounds… https://t.co/0jFow2inyw

Several analysts ridiculed the idea that the PIF was in any way separate from the Saudi state. In addition to being chaired by the crown prince, the sovereign wealth fund's board is exclusively made up of Saudi government ministers and royal court advisers. Among those included are the ministers of commerce, finance and tourism.

Earlier this year, court documents filed in Canada confirmed that the PIF was used to purchase a company which owned the two private jets that transported the men who killed and dismembered Khashoggi.

The idea that you can seperate the Saudi sovereign wealth fund from the Saudi state is laughable. https://t.co/Q0Unnez783

Isn’t life strange? Newcastle’s new owners now have a team captained by a person with the same name as a man who was brutally murdered by a death squad flown out on a plane also owned by them.

Hatice Cengiz, Khashoggi's fiancee, asked fans to hold their new owners to account and "ask them why no one knows where Jamal's body is".

I hope the fans and players of @NUFC will hold their owners to account and ask them why no one knows where Jamal's body is yet? Why has there been no Justice for Jamal? This is such a shame. #Newcastletakeover #JamalKhashoggi #justiceforjamal pic.twitter.com/JrO3K030H4

Meanwhile, Lina al-Hathloul, the sister of former jailed women's rights activist Loujain al-Hathloul, warned fans that "Newcastle won't be successful, because MBS is an impulsive leader with no vision".

But judging by the jubilation across Newcastle and on social media, concerns about the Saudi government seem to be low on the list of priorities for supporters. Sport
Newcastle takeover: How close is the Saudi state to the Public Investment Fund?