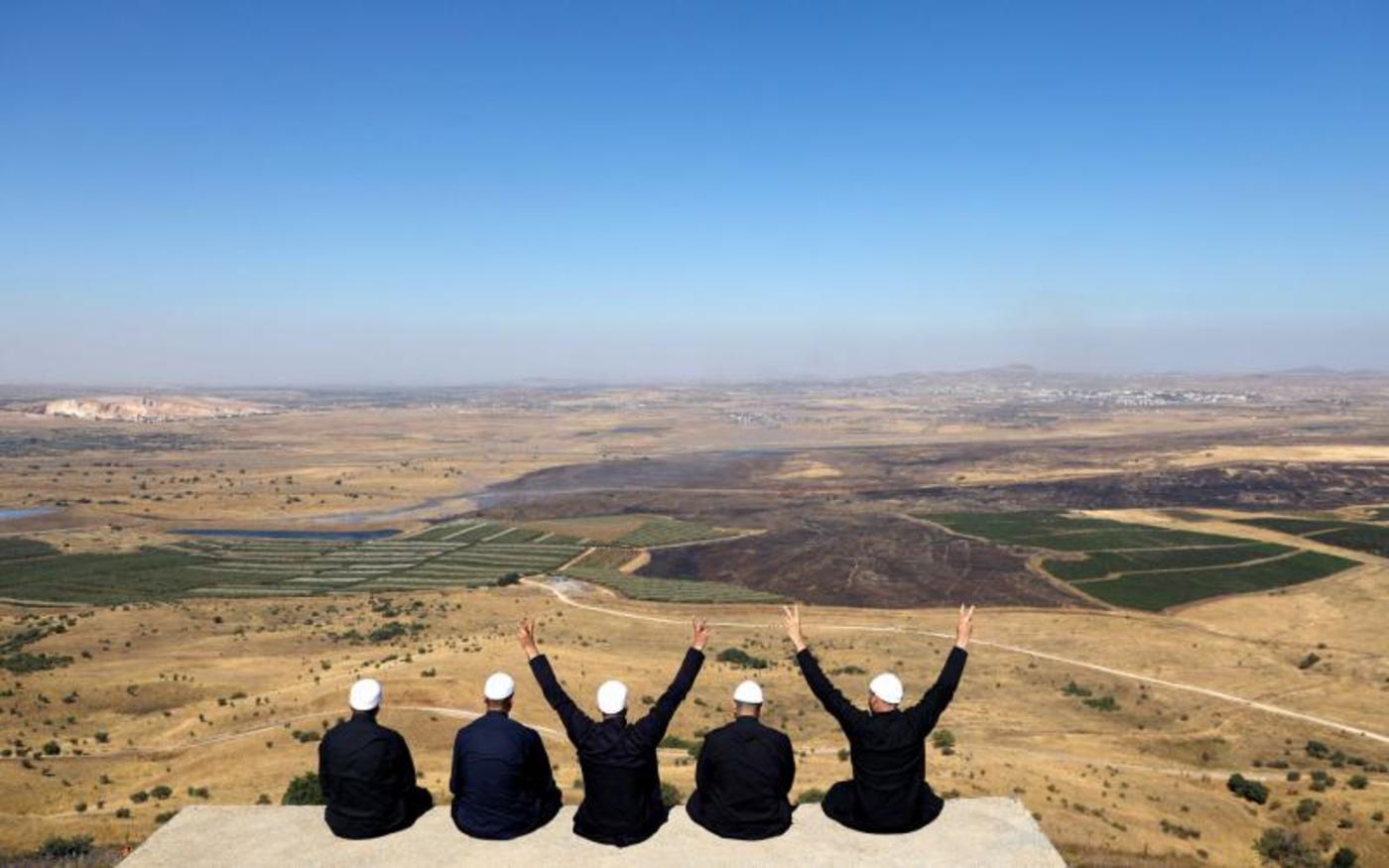 The Syrian government was amongst the first to condemn the US president's announcement on Monday, with a foreign ministry official calling it a "blatant assault on Syria's unity and sovereignty".

"Trump neither has the right nor the legal authority to legitimise the occupation and theft of others' land by force," the Syrian official told state-run SANA news agency.

Earlier on Monday, Trump signed an executive order stating that the United States officially recognises "that the Golan Heights are part of the State of Israel".

He justified the move on the basis that the territory, which Israel occupied after the 1967 war, is critical for Israel's security. Israel annexed the Golan Heights in 1981 in a move that was never accepted by the international community.

Today, tens of thousands of Israeli settlers live in communities across the occupied area.

'No country can rewrite history'

The US president's move, which was first announced late last week, is the latest in a series of major policy announcements pursued by the Trump administration in the face of widespread criticism and backlash.

The Lebanese foreign ministry rejected Trump's decision on Monday, saying that it breaks the basic rules of international law. Beirut also warned Israel that only a just peace will help it maintain its security, not military power and expansionism.

"The Golan Heights is Arab, Syrian land, and no proclamation will change that reality. No country can rewrite history by transferring the ownership of land to another country," the ministry said in a statement.

For his part, Sheikh Naim Hassan, a Lebanese Druze spiritual leader, denounced the US decision, saying that the people of the Golan Heights have historically stuck to their Arab roots, rejecting Israeli attempts to erase the Arab heritage of the local population.

Most Syrians in the Golan Heights are Druze, a mystical monotheistic sect that branched off from mainstream Islam.

"The Arab allegiance of the Druze in Golan alongside their brethren in the nation will not be bent by the [US] decisions, decrees and even assaults," Hassan said, as reported by Lebanon's news agency NNA.

'The Golan Heights is Arab, Syrian land, and no proclamation will change that reality'

"However, this decision will never legitimise Israel's annexation" of the Golan Heights, Cavusoglu said, as reported by Anadolu news agency.

The spokesman for Turkish President Recep Tayyip Erdogan also condemned the move, saying it was especially cynical as it took place just "as Israel bombards Gaza".

The Israeli military carried out several air strikes on the Gaza Strip late on Monday, hours after a rocket was fired from the coastal Palestinian enclave into a community north of Tel Aviv, injuring seven people.

The decision to recognise Israel's "sovereignty" over the Golan Heights "as Israel bombards Gaza is manifestation of [an] anti-peace mentality", said Ibrahim Kalin, the presidential spokesman, as reported by Anadolu.

It cited five United Nations resolutions that explicitly call on Israel to withdraw from territories it occupied after the 1967 war, including the Golan Heights.

"It is the obligation of the US Congress and the Trump administration, as well as the United Nations and the international community, to uphold its own international agreements and fundamental principles of human rights that it claims to promote in its foreign policies," the group said in a statement.

Speaking at the White House on Monday, Netanyahu said that by recognising Israeli "sovereignty" over the Golan Heights, Trump had proven to be the greatest US president in history.

Analysts have said that Washington's decision to recognise Israel's hold on the Golan aims to boost Netanyahu's chances at re-election in the 9 April elections.

The Israeli premier is facing a stiff challenge from ex-Israeli army boss Benny Gantz, who was also in Washington this week to shore up support during an address at pro-Israel lobby group AIPAC's annual conference. 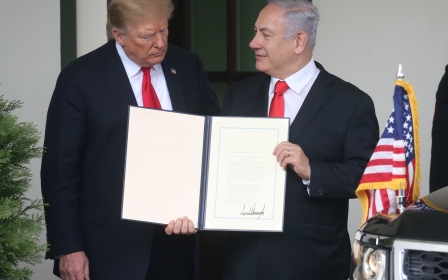 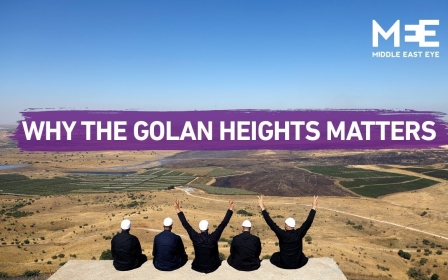 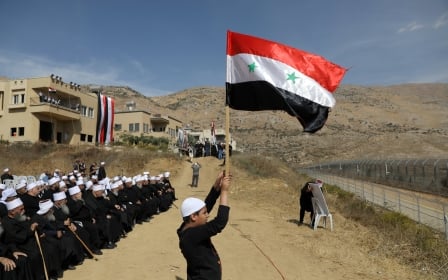