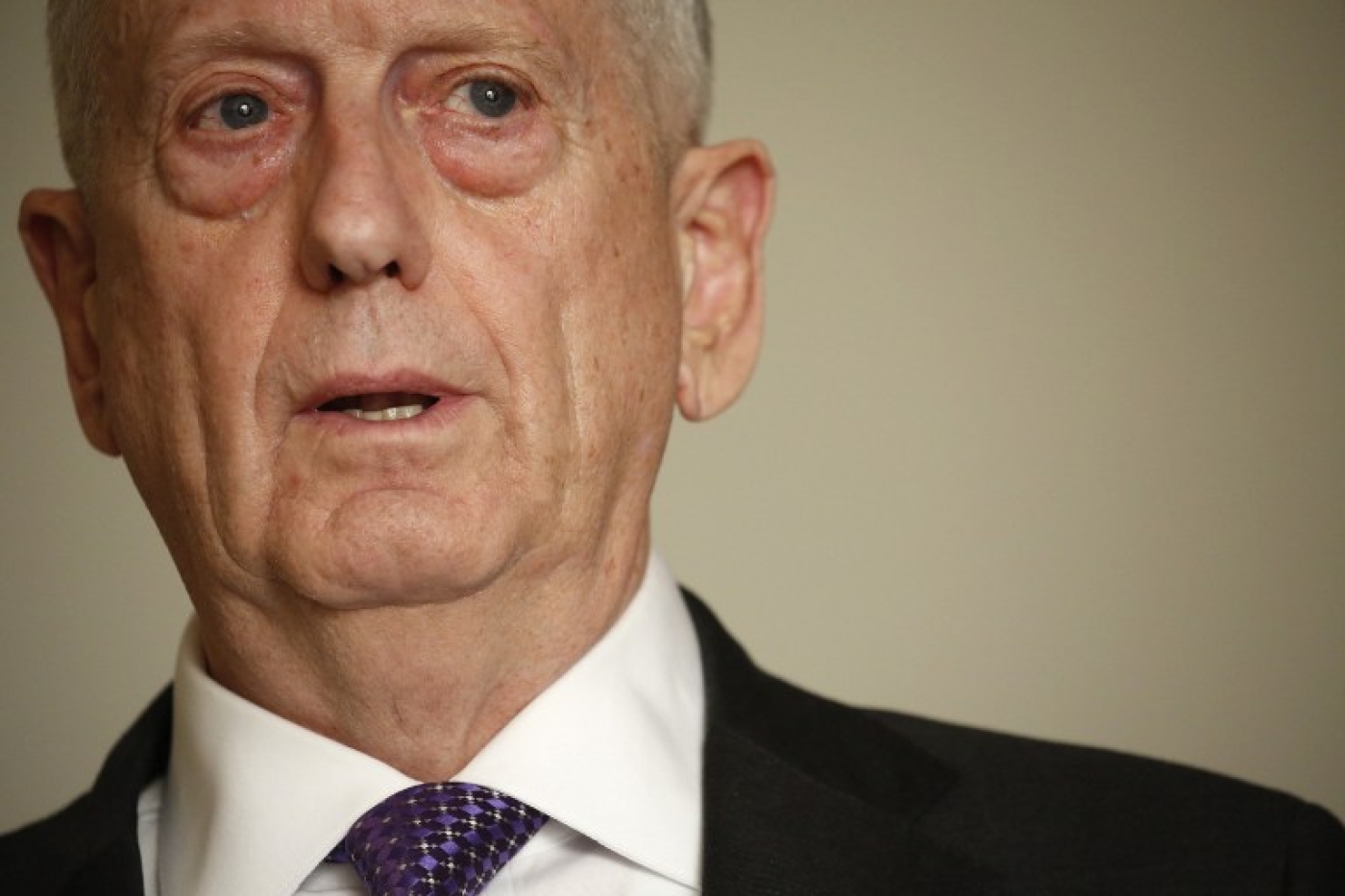 US defence secretary Jim Mattis said during a visit to Israel on Friday there can be "no doubt" Syria has retained some chemical weapons and warned President Bashar al-Assad's government not to use them.

Mattis made the comments as he began a one-day visit for talks with Israeli leaders, who strongly supported the recent US strike against an airbase in neighbouring Syria over an alleged chemical attack on a rebel-held town.

"The bottom line is there can be no doubt in the international community's mind that Syria has retained chemical weapons in violation of its agreement and its statement that it had removed them all," Mattis said during a press conference with Israeli defence minister Avigdor Lieberman.

"It's a violation of the United Nations Security Council resolutions, and it's going to have to be taken up diplomatically, and they'd be ill-advised to try to use any again. We've made that very clear with our strike."

Mattis added that Syria had "dispersed their aircraft in recent days".

An Israeli military assessment has found that Assad's regime was still in possession of "a few tonnes" of chemical weapons, an army official confirmed.

Some Israeli media reports put the number at between one and three tonnes. Lieberman declined to comment on the assessment at Friday's press conference.

Assad, backed by his ally Russia, has strongly denied the allegation that his forces used chemical weapons against the rebel-held town of Khan Sheikhun on April 4, describing it as a "100 percent fabrication".

He has said repeatedly that his forces turned over all chemical weapons stockpiles in 2013, under a deal brokered by Russia to avoid threatened US military action.

The agreement was later enshrined in a UN Security Council resolution.

Israel and the United States have long had close strategic ties, with Washington providing Israel more than $3bn per year in defence aid and President Donald Trump pledging unstinting support for the country.

Despite tensions over Israeli settlement building, Barack Obama's administration signed a new agreement with Israel before he left office increasing the amount to $3.8bn for a 10-year period beginning in 2018.

Mattis hopes to hear directly from Israeli leaders on their concerns and what they expect from the Trump administration, a US defence official said.

Iran's influence is at the top of the list for Israel, a worry shared by the United States. Trump has denounced Iran's "harmful influence" in the Middle East.

Israel is closely watching Iran's presence in Syria, where it is backing Assad.

Israeli enemy Hezbollah is also fighting with Assad in Syria. Israel fought a devastating war against the Iran-backed Lebanese Shiite movement in 2006.

Israel has sought to avoid being dragged into the six-year civil war in Syria, but acknowledges carrying out air strikes there to stop what it says are deliveries of advanced weapons to Hezbollah.

Last month, in the most serious incident between the two countries since the Syria conflict began, Israeli warplanes struck several targets there, drawing retaliatory missile fire.

Israel used its Arrow interceptor to destroy what was believed to have been a Russian-made SA-5 missile, and Lieberman threatened to destroy Syria's air defence systems "without the slightest hesitation" if it happened again.

Testy relations between Obama and Netanyahu reached a low point over a 2015 nuclear deal between Iran and world powers, led by Washington.

Obama pushed hard for the agreement, but Netanyahu fiercely opposed it, arguing it will not prevent Iran from obtaining nuclear weapons and that the lifting of sanctions would allow it to support proxy groups in the region.

Trump also harshly criticised the deal, and on Thursday said Iran was "not living up to the spirit" of the agreement, adding that the United States would set out its position on it soon.

On Tuesday, Trump ordered a review of the deal to be led by his National Security Council, although the State Department admits Iran has so far stuck to its side of the bargain.

Mattis said on Friday that Iran appeared to be living up to the agreement, but that it "in no way mitigates against or excuses the other activities of Iran in the region".

In a further sign of close relations, Israel is to receive three more F-35 stealth fighter jets on Sunday, adding to two which arrived in December.

They are among 50 that Israel has agreed to buy from US aerospace giant Lockheed Martin.