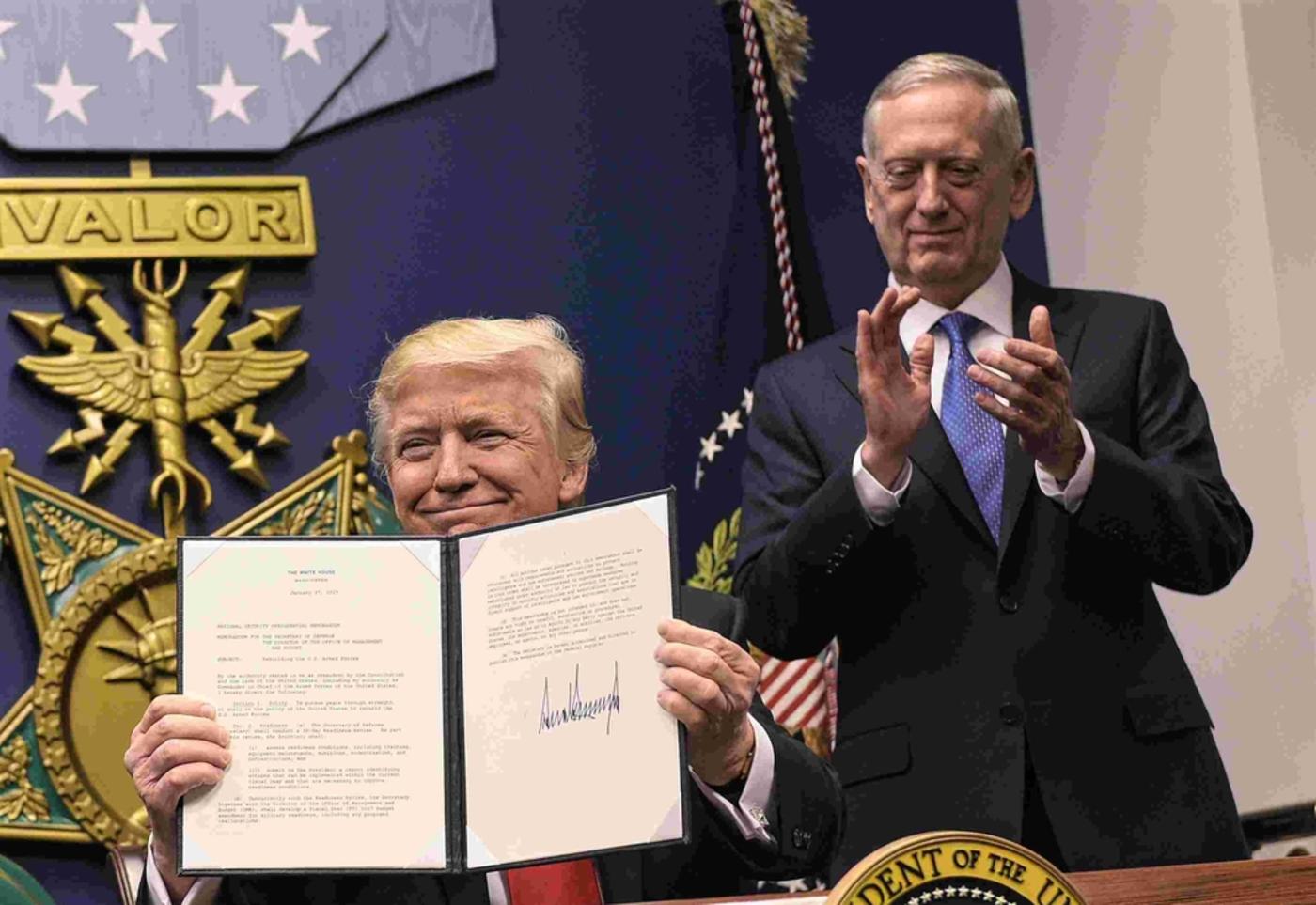 This can’t be serious.

Recent reports from the Pentagon suggest that among the options to be presented to President Trump in the coming days may - may - be a proposal to send a conventional US ground force to drive the Islamic State (IS) group out of its “capital” in Raqqa, eastern Syria. To do so might be stupid beyond words, but given the current tenor of thinking in Washington, we can hardly exclude the possibility.

During his campaign for the presidency, Trump was, as with most things, all over the map regarding IS, initially suggesting it should be attacked both in Iraq and Syria with American forces which, he said, would “knock the hell out of them” and, implausibly, “take the oil”, presumably to deny them funding. When Russia entered the military equation in Syria, he suggested the task be left to them instead.

To those tiresomely preoccupied with means as well as ends, he promised he’d give “the generals” 30 days to come up with a plan – which, beginning on 25 January, he did.

Now time is nearly up, and it seems a safe bet that simply suggesting a continuation of Obama’s policy on IS is not going to pass muster with America’s new chief executive.

Reinforce, collaborate or go it alone

In most of the world, the fight against terrorism is one of diligent police work, conducted on territory where more-or-less responsible governments have a relative monopoly of violence.

The problem posed by IS has always been one of “ungoverned space”, where relevant governments cannot control their own territory and lack the capacity to deny safe haven to extremists. In the case of Iraq and Syria, Western nations menaced by said extremists have had the choice of reinforcing the concerned regimes, working with other local entities willing to fight extremism - or taking matters into their own hands.

READ: Grenier on Trump and Netanyahu

In Iraq, unlikely de facto allies including the US and Iran have opted to reinforce the government and affiliated forces, to slow but positive effect. It may take some months more, but with the aid of Iranian-backed militias and US airpower, the Baghdad government will eventually drive IS from Mosul.

Syria has always been more problematic, at least for the US and the West. Regarding the Assad regime as morally reprehensible, and its carefully mediated replacement a necessary element in resolving the civil war which provided space for foreign jihadists in the first place, Western collaboration with the Syrian state against IS and other Islamic extremists has been out of the question – until now.

With the fall of Aleppo, the outlines of the future have become clear: like it or not, the Assad regime will survive for the foreseeable future. It is the necessary cornerstone around which any viable, unitary state structure able to deny safe haven to IS and its ilk will have to be built.

Oh, it will be a long time before anything resembling peace and stability comes to Syria. But with Assad in the ascendancy and powerful extremist groups fearful of their political isolation engaging in open warfare with more moderate opposition elements, it is only a matter of time before the latter make their own accommodation with the regime. Only then will the final, twilight struggle against Islamic extremism in Syria begin in earnest.

President Trump clearly does not share his predecessor’s squeamishness over the sanguinary methods of Assad and his foreign backers. Left to his own devices, he would have no qualms in making common cause with them against IS. Indeed, Assad himself has made clear that he would welcome the introduction of US troops into eastern Syria – so long as they coordinated their campaign against IS with him and the Russians.

Given his current domestic political difficulties, however, a Trump deal with the Russians in Syria – to say nothing of the grand bargain with the Kremlin he sometimes hints at – is highly problematic. And both Assad and the Russians are currently too preoccupied with consolidating the regime’s position in the western parts of the country they actually care about to commit themselves to hold any territory which US forces might seize from IS in the short term.

Absent an indigenous force able to keep IS from returning over the long term, introduction of conventional US forces would be ineffective at best, and disastrous at worst.

US support for the idea of employing the Syrian Kurds of the People's Protection Units (YPG) against IS in Raqqa was always a short-term expedient for want of a better and longer-term strategy, and a highly problematic one at that, given Raqqa’s distance from native Kurdish areas and the relative dearth of Syrian Arab fighters in the Kurdish-dominated Syrian Democratic Forces. Turkish military involvement in northern Syria has made support for the Kurds more problematic still.

It is likely that the delay in mounting an effective assault on Raqqa will sharpen the president’s appetite for quick action and add to his temptation to apply conventional US troops. The rationale would be that Raqqa is the centre of IS planning for “external operations”, and therefore poses a clear and present danger, as the group seeks to compensate for the perhaps imminent loss of its “caliphate”. There may be some merit in that argument in virtue of intelligence of which I, for one, am certainly unaware.

READ: Trump and Putin, deal or no deal?

But the fact is that the threat from IS, though potent and hardly to be ignored, has been consistently exaggerated by Trump in the context of a political appeal based substantially on fear.

Defense secretary Mattis has the respect and support of the president, and is welcomed even by Trump’s enemies as a moderating force in an administration seemingly dominated by extreme voices. Given the reigning chaos, Trump dares not dismiss him.

It is a characteristic of the US military, often laudable, to give its civilian leadership what it wants, and to plan for success even when given an impossible task. Mattis and company should avoid that tendency now. Even if asked for a conventional option, they should do all they can to avoid providing it.

Now is the time to ignore the master’s voice.

- Robert Grenier is a writer and speaker focused on foreign affairs, the Middle East and counterterrorism. A former director of the CIA’s counterterrorism centre, he spent 27 years as an operative in the CIA’s Clandestine Service. His memoir, 88 Days to Kandahar: A CIA Diary, was published in 2015 by Simon & Schuster.

Photo: US President Donald Trump and US Defense Secretary James Mattis at the Pentagon in Washington on 27 January 2017 (AFP) Turkey At War
Turkey sets out Raqqa operation plans to US: Report