'No humanity in it': Palestinians wait for Israel to release loved ones' bodies 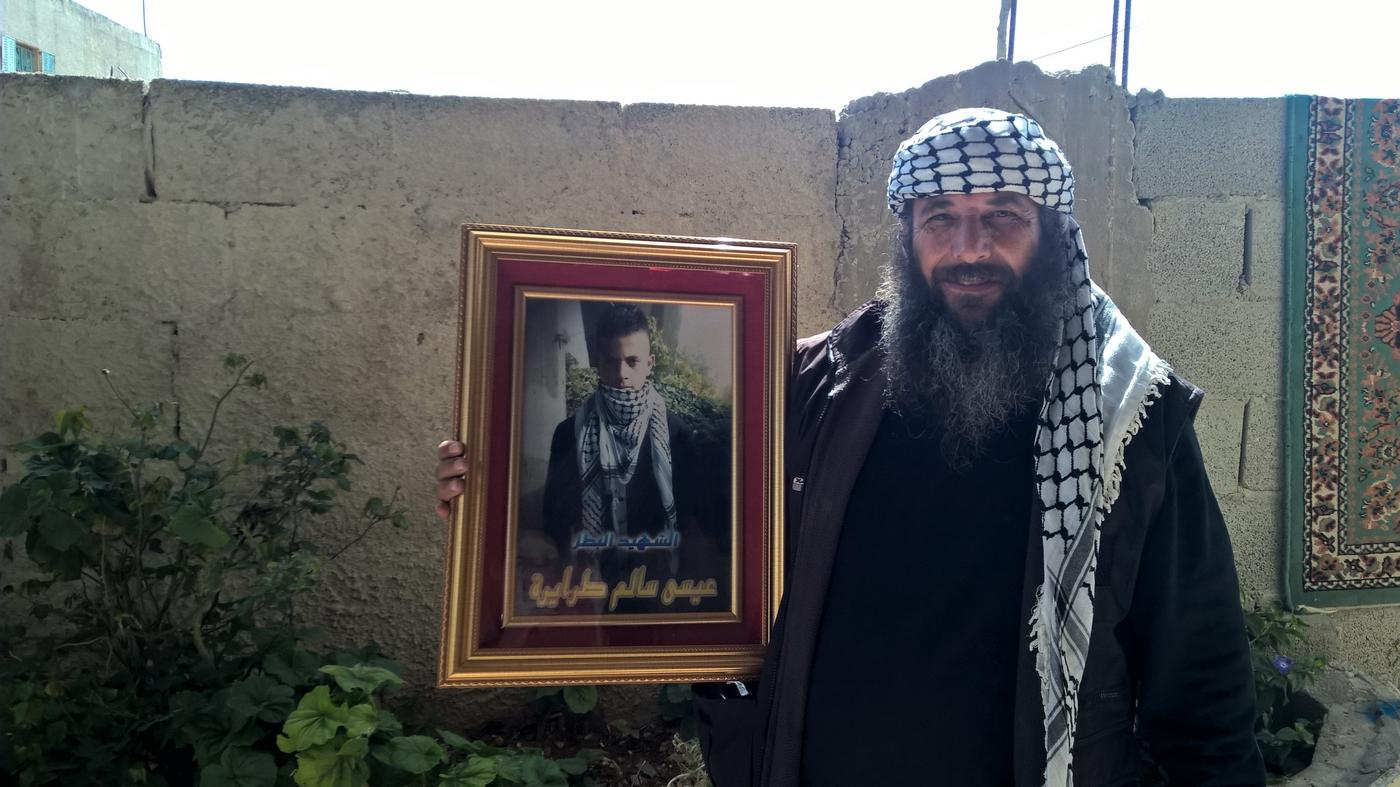 For months, Maryam Tarayra couldn’t help but think of Issa when she opened her refrigerator - reminded every time that her son’s body lay frozen in an Israeli morgue, as the family fought for Israeli forces to release his body for burial.

“As the mother of someone who was held in a freezer, at that time I could never feel warm,” she recalled, sitting on the terrace of her home in the village of Bani Naim in the southern West Bank.

Like scores of other Palestinian families, Maryam and her husband, Salem, have dealt with the compounded grief of mourning for a relative killed by Israeli forces while fighting for their bodies to be returned to them in order to give them a proper burial.

After unofficially halting its policy of confiscating bodies in 2004, Israel resumed the practice in October 2015 during a resurgence of violence in Israel and the occupied Palestinian territory.

Israel had progressively given back most bodies since, although Israeli forces have increasingly returned to the practice, temporarily holdings several slain Palestinians’ remains in the past few months.

Meanwhile, the Israeli government has simultaneously been consolidating the legal basis for confiscating bodies and working around Israeli Supreme Court rulings on the issue, raising fears that the road ahead may become more arduous for grieving families as Israel further entrenches the practice into law.

On 7 March, Israel’s parliament, the Knesset, passed legislation granting Israeli police authority to withhold bodies of Palestinians within Israel and annexed East Jerusalem - a power that had so far only been officially held by the army in the occupied Palestinian territories, albeit implemented on an ad hoc basis by police.

“The (Israeli) Supreme Court had decided that there is no legal authority for police to hold the bodies,” Hassan Jabareen, founder and general director of legal centre Adalah, told Middle East Eye.

“This law is looking to bypass the position of the court.”

The issue of body confiscation is a particularly complex one, which Palestinian families have had to fight on several fronts.

According to Budour Hassan, the Jerusalem Legal Aid and Human Rights Center (JLAC) - for which she is a project coordinator - is currently representing the families of 120 Palestinians whose remains have been buried in unmarked graves in Israel’s two "cemeteries of numbers."

The Palestinian Committee of Prisoners’ Affairs has estimated that the remains of some 250 people designated by Israel as “enemy combatants” are currently held in these cemeteries - some dating as far back as the 1960s.

While the Israeli Supreme Court officially called on the Israeli government in March 2017 to form a committee to locate and identify all bodies held in the cemeteries of numbers, ahead of an April hearing intended to check on the committee’s work, Hassan said that “no serious progress has been achieved on this front.”

“A year has passed since the decision was taken, and only a couple of DNA tests have been taken,” she told MEE.

“The fear is that, again, they will request another delay.”

Meanwhile, the majority of the estimated 140 bodies that have been withheld for various lengths of time since 2015 have been stored in morgue freezers, although in September, Israeli authorities buried at least four new bodies in the cemeteries of numbers -- belonging to Palestinians who the Israeli security cabinet decided in January 2017 would be held as leverage in eventual future negotiations with Hamas in exchange for the bodies of two slain Israeli soldiers in Gaza.

According to JLAC and Adalah, Israel is the only country in the world currently implementing a policy of confiscation of remains, relying on regulations dating back to 1945, during the British Mandate to do so.

In December, the Supreme Court ruled in a two-to-one vote that the army did not have authority to withhold bodies under the 1945 regulation, but gave the Israeli government a six-month deadline to enact a new law on the matter.

Israeli authorities instead requested another hearing in front of seven justices, to take place in July. Should the panel still rule that the policy of confiscating bodies is illegal, the six-month deadline would be applicable starting in July -- effectively giving a year to the Israeli government to retroactively justify the policy.

“We at JLAC believe that the three arms of the Israeli state - the judiciary, the parliament, and the government - work mutually to buttress this apparatus of control and surveillance,” Hassan said.

“On the one hand, the Court ruled this decision, but on the other hand it provided the government with leeway. It gives the impression that the court is actually helping the Knesset come up with what we believe to be discriminatory and unconstitutional laws that explicitly violate international law.”

‘There is no humanity in it’

While legal battles are being waged on multiple fronts, Palestinian families end up being the ones paying the price, spending months or years waiting for their relatives’ remains to return.

In Bani Naim alone, six residents were killed in 2016 - including 15-year-old Issa Tarayra, who was shot by Israeli forces in September that year when they claimed the teenager had been carrying a knife; 18-year-old Majd Khdour, who was killed in June after allegedly carrying out a car-ramming attack; and Mohammad Tarayra, who was killed by a security guard after he stabbed and killed a 13-year-old girl in the illegal settlement of Kiryat Arba that same month.

Issa’s body was returned to his family after three months, while Khdour’s relatives had to wait seven months. Mohammad’s body is still being held by Israel a year and nine months later.

“Before he was killed, everything had meaning - but after that, I lost hope in everything,” Nasser Tarayra, Mohammad’s father, said, as his wife Raeda sat beside him.  “It never gets easier.”

“The first pain is losing your son, and the second pain is still waiting for his body,” he added. “To keep the bodies is the worst thing we can do, there is no humanity in it."

“It was a big shock, we couldn’t accept finding out she had died,” Fatima Khdour, Majd’s mother, told MEE, holding Majd’s three-year-old daughter Batoul on her lap. “Waiting was very hard, at the time I felt as if she was still alive. I was just waiting for her to come back.”

“When we buried her, at least we knew where she was.”

Beyond being a part of the grieving process, the ability to hold a funeral for their loved ones promptly is also a religious issue for many families - as Islam requires bodies to be buried within a day.

“As Muslims, we know that God will take care of his soul, but it was still painful to not be able to bury him. It was very, very hard,” Salem, Issa Tarayra’s father, recalled.

Relatives of slain Palestinians have fostered strong ties over the years, which they said has been a necessary sense of community in difficult times.

Abd al-Hamid’s body is still withheld by Israel, as Azhar has become one of the more vocal Palestinian family members fighting against this policy.

“A number of people were supporting each other, demonstrating together to ask for the return of bodies, and we are still in touch,” Salem Tarayra said, adding that he was held by Israel in administrative detention for three months last year - he suspects due to his involvement in demonstrations against body confiscations.

Some, however, said they felt neither the Palestinian Authority, foreign governments, nor international organisations paid attention to their plight.

“Israel has done this for decades, but no one cares about the issue,” Abu Srour said. “I feel as if this cause only matters to the families… The issue of the confiscation of bodies takes a lot of my time, away from my daughters and my home. The problem is if I stop, no one else will speak up.”

The families rejected the justifications used by Israel to maintain the policy.

“They think that because there are some (Israeli) bodies held by Hamas, they are justified to hold (Palestinian bodies),” she said.

“But if they want to make a deal, don’t they already have hundreds of bodies in the cemetery of numbers, thousands of prisoners?” Abu Srour said. “The families are not an instrument of pressure against Hamas regarding the bodies (of Israeli soldiers).”

For Nasser Tarayra, the confiscation of bodies was mainly “a weapon to cause pain to Palestinians.” Nonetheless, the families said they would not give up.

“My goal is to get Abd al-Hamid back,” Abu Srour said. “As a mother, to be able to bury my son, it would be a relief. It would be a great gift for me.” 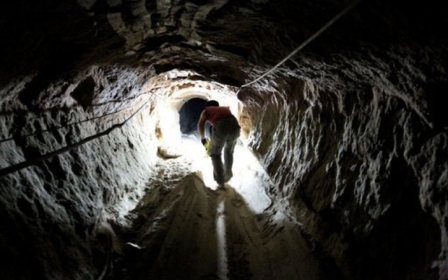 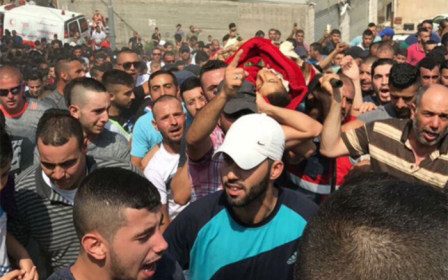