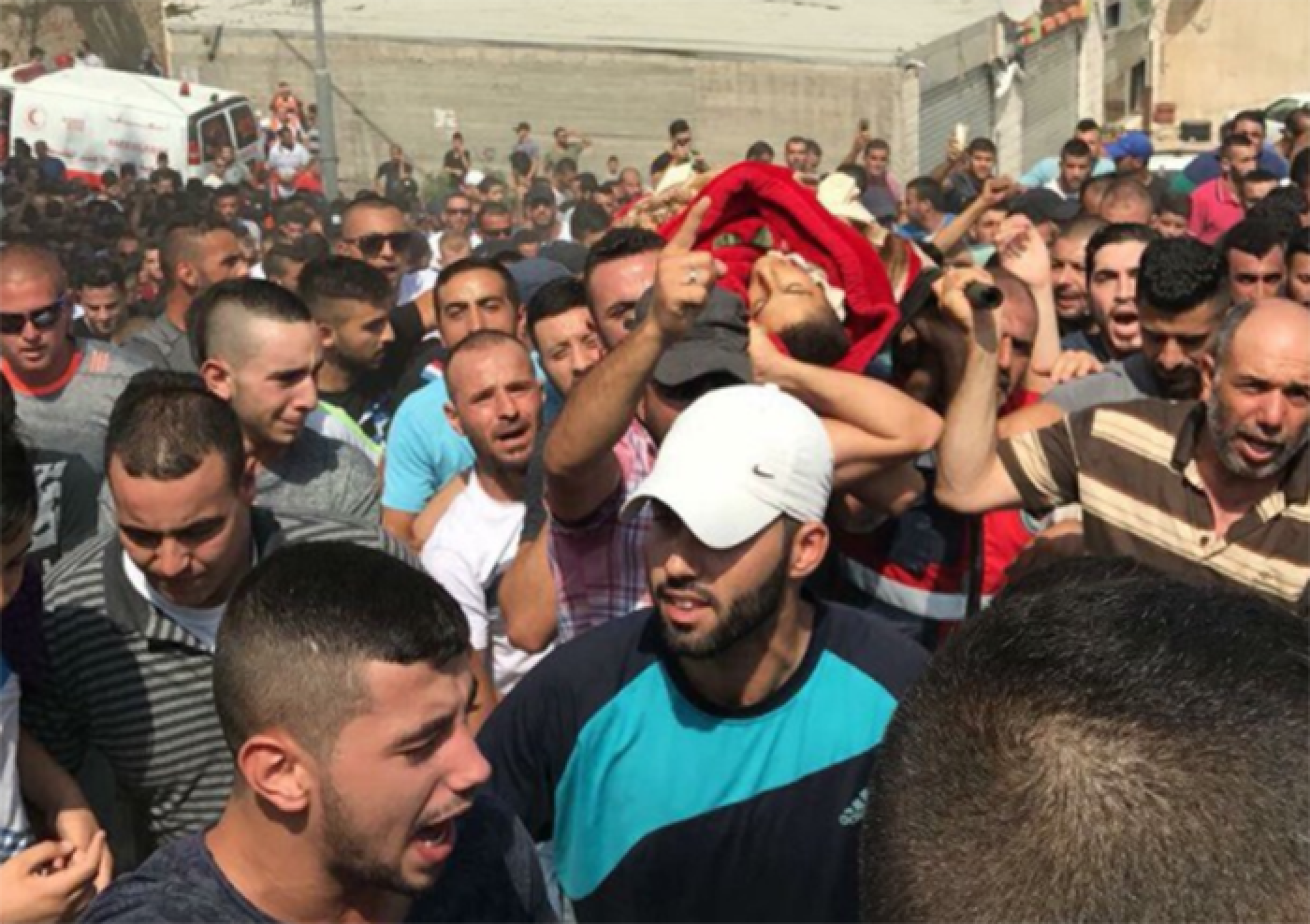 Israeli police stormed a Jerusalem hospital treating dozens of victims of clashes on Friday, forcing workers to leave as they reportedly searched for injured protesters to arrest.

Relatives of one of three people killed in the clashes over control of Al-Aqsa were forced to dash the body of their loved one over a wall to stop it falling into the hands of Israeli authorities.

The scenes, uploaded to social media sites, showed the body of Mohammed Hassan Abu Ganem, 19, who died from wounds suffered in clashes in east Jerusalem, being lifted over the walls of al-Makkasad hospital.

Palestinian and Israeli media outlets reported him being shot by an Israeli settler in the neighbourhood of Tur in east Jerusalem.

After his body was hoisted over by dozens of young Palestinians and paramedics, hundreds began marching with his dead corpse through the Mount of Olives, chanting: "We sacrifice our soul and our blood for you, martyr."

Crowds carry the body of the second killed Palestinian to the cemetery after clashes in Mount of Olives. A third reported killed in Abu Dis pic.twitter.com/OXvqYPijvK

The family feared that the Israeli authorities would take away his body away after armed police stormed into the hospital, while Israeli officers began hurling tear gas into crowds outside the hospital.

Similar scenes were posted online of the body of Mohammed Mahmoud Sharaf, aged 17, shot dead by a settler, being carried by hundreds to his grave.

Moments after he was killed, Sharaf's family and friends shrouded his body in ceremonial blankets and carried his body to the graveyard, where hundreds of Palestinians chanted his name and called him a martyr.

Posts by Palestinian activists and media outlets described the trio killed in the clashes as martyrs "rising up to heaven".

Makassad hospital had been inundated with patients who had suffered injuries from late night clashes on Thursday between Palestinian protesters and Israeli police.

The situation reached a boiling point after armed Israeli officers had barricaded the hospital and advance to the hospital wards searching for injured protestors.

Israeli riot police shut down parts of the Al Makassed hospital in East #Jerusalem where injured protesters are being treated. pic.twitter.com/eQBiqepdbK

The hospital had called on international organisations like the World Health Organisation and Red Cross to intervene after armed Israeli officers began manning the corridors inside the medical facility and checking the ID cards of anyone who looked Palestinian.

In its statement, Al-Makassad said: "The Hospital’s administration has also begun working with the International Committee of the Red Cross (ICRC) and the World Health Organization (WHO) to intervene quickly and immediately and put an end to the chaos caused by the raids carried out by the Israeli occupation forces inside the Hospital’s grounds and premises.

Blocking the roads leading up to the hospital, Omar Shakir, Human Rights Watch's Israel and Palestine director, was denied access by the Israeli police from entering Makassad hospital.

Eyewitnesses told Shakir that another Palestinian teenager was killed by live ammunition fired by the Israeli security forces.

Tensions have calmed down across east Jerusalem but clashes continue to take place between Palestinian protesters in the West Bank and the Israeli army.

Despite calls for prayer protests to continue outside the Al-Aqsa mosque, crowds have thinned out, as Palestinians recover from day of heavy violence. 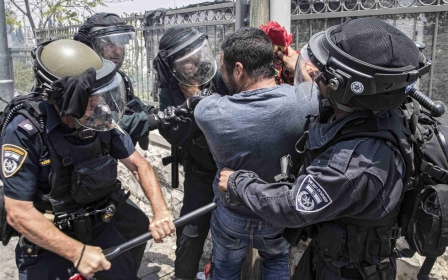