In no man's land: Syrian refugees trapped and dying on Jordan border

Scores die in last two weeks in camp between Syria and Jordan, as kingdom struggles with new influx fleeing Russian bombing and IS 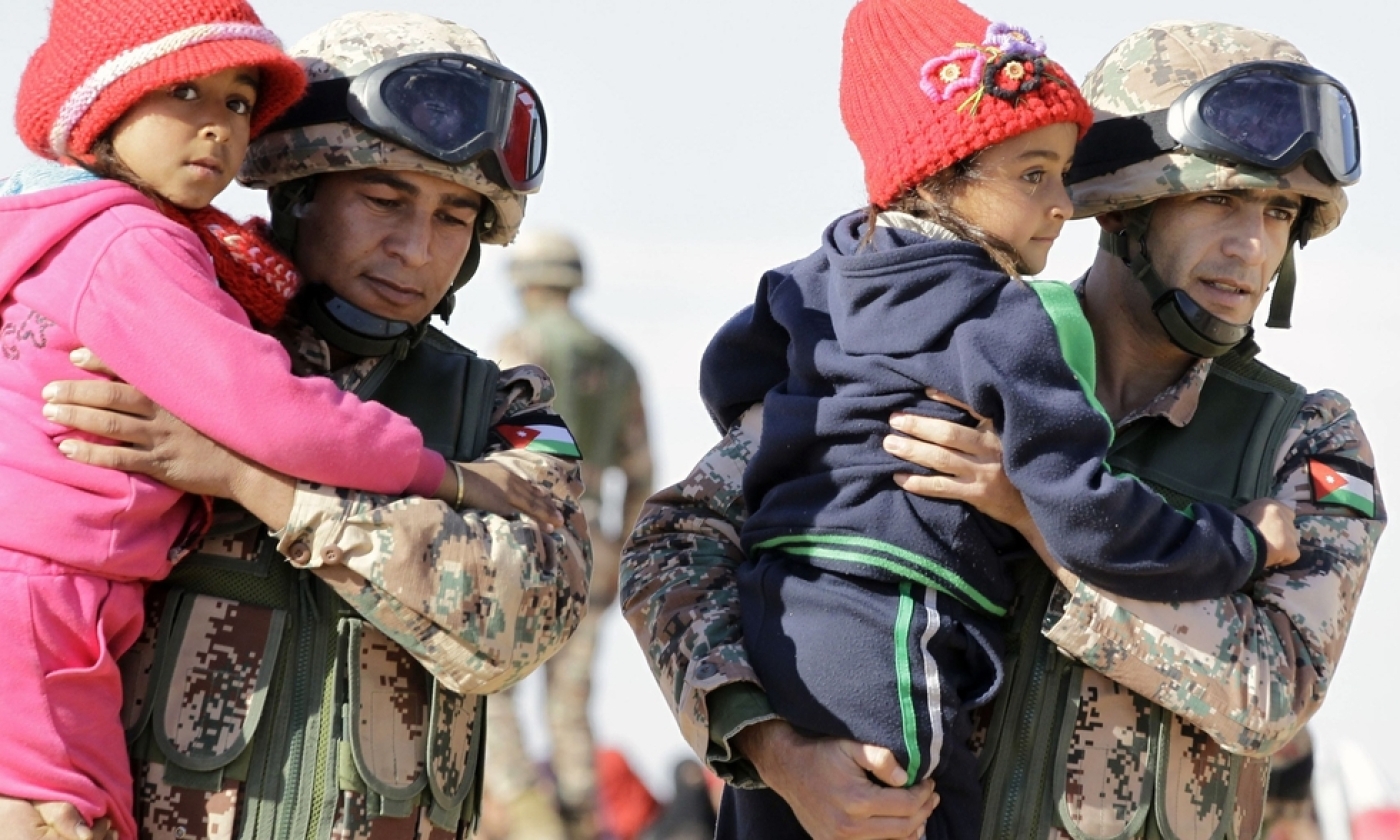 ZAATARI, Jordan - Scores of refugees have died in the last two weeks in a remote and poorly equipped camp on the Jordanian border, as winter storms, injuries, malnutrition, and disease take their toll on the most vulnerable of a new influx fleeing Russian bombing and the Islamic State, Middle East Eye has learned.

Most of the victims are children, women and the elderly, who were part of an estimated 18,000-19,000 refugees who have gathered in Ruqban.

The camp of Ruqban is in a stretch of no-man’s land where the border also meets Iraq. It has only one bore hole for water, is 120km from the nearest village of Ruwaishid, and has no paved road. Heavy rain 10 days ago made the area temporarily inaccessible.

Sanitary conditions are so poor that hepatitis has broken out at the camp.

An aid official who returned from Ruqban on Wednesday, who spoke on condition of anonymity to MEE about the deaths, said: “Between 70 and 100 refugees have perished in the last two weeks in Ruqban because of the winter storm. The refugees have been pouring in from all over the place, including al-Hajar al-Aswad. They have been arriving for several months. Some have just arrived. “

“Most of the dead are children, women and the elderly. They died of war wounds, but they suffered from diseases, such as hepatitis. There is a lack of sanitation, malnutrition, the cold weather -  a variety of factors.”

A second Jordanian aid official who has recently returned from the camp described conditions there.

“There are doctors in attendance but the numbers are not enough. There are no ambulances. There is not enough medication. The [Jordanian] army is in charge but there are no international organisations except the Red Cross and some Jordanian organisations like us. We are the only organisation that works there regularly.

“Up until yesterday [Wednesday] there were between 18,000-19,000 refugees in the area. There is no authority to organise life inside the camp. People are trying to live their lives as normal, but there is no law and order and there is theft.”

The army medical workers are vaccinated but the Jordanian aid workers entering the camp are not.

“There are five families to a tent. That means as many as 30 to 40 people to one tent. Many of them are young women who are without their families. They arrive in a desperate state fleeing the worst, the most miserable of conditions. Many of the refugees are escaping both the Islamic State group and the Assad regime," the aid worker said.

The reports of mass deaths at the camp come as world leaders and diplomats gather in London for a donor conference to raise money for Syrian refugees. The UK and Norway announced additional funding of $2.9bn over four years before the meeting began.

The UN wants to raise $9bn for this year alone as refugees continue to pour out of Syria due to fighting, which fruitless and now suspended peace talks in Geneva have failed to stop.

For those stuck in camps like Ruqban, the money and international support is needed now.

Aid officials are reluctant to lay blame for the conditions in the camp. One said the army relief services are exhausted: “You cannot hold anyone responsible. It's the international organisations that have not been doing enough because they have not been woken up to this problem. Jordan bears a lot. Forty-nine percent of its population are refugees. How much more can we take?”

Andrew Mitchell MP, the aid secretary in David Cameron’s first government who recently visited the Turkish, border told MEE: “These appalling and desperate circumstances underline that unfettered access from all parties should be made available for humanitarian relief.

“In the week of the London pledging conference and the renewed Geneva talks, there is now the utmost urgency for political progress and for conditions which can contribute to helping refugees and displaced people.”

The refugees have been forced to the easternmost point of the border by an agreement between the Jordanian army and tribes on the Syrian side to seal the border. There is a heavy security presence along the border, and the main camp of refugees at Zaatari is heavily guarded. Access is granted only in consultation with Jordan’s security services.

An assassination attempt targeting a top Jordanian army general at a passing out ceremony for recruits in the border region was foiled this week by military intelligence, the MEE was told.

Jordan is one of three Arab countries to support the Russian offensive against rebels in Syria. The country's king, Abdullah, spoke both on and off the record in media interviews this week in favour of the Russian bombing campaign, which he believes has galvanised a flagging Western response to the IS group.

On the border there is growing anger fed by the stories of the Syrian civilian survivors, that the Russian bombing was responsible for the fresh wave of refugees to the Jordanian border.

One aid official, who did not wish to be named, said: “The Russian bombing was 100 percent responsible for this latest influx of refugees. Some people ran from ISIS [an alternative acronym for the Islamic State group], some people ran from the regime. Some come from Damascus itself.

"Had there not been Russian bombing, there would also not be the same number of refugees. People besieged in Hama, Homs and Aleppo have come all the way to the south-eastern border.”

King Abdullah this week told the BBC that Jordan was at “boiling point”.

"Sooner or later, I think the dam is going to burst and I think this week is going to be very important for Jordanians to see, is there going to be help - not only for Syrian refugees, but for their own future as well.' 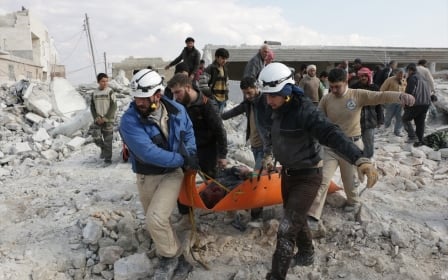