Oil on his mind: Saudi crown prince heads to Texas

Crown Prince Mohammed bin Salman is expected to meet with producers of crude, shale oil and petrochemicals while in Texas 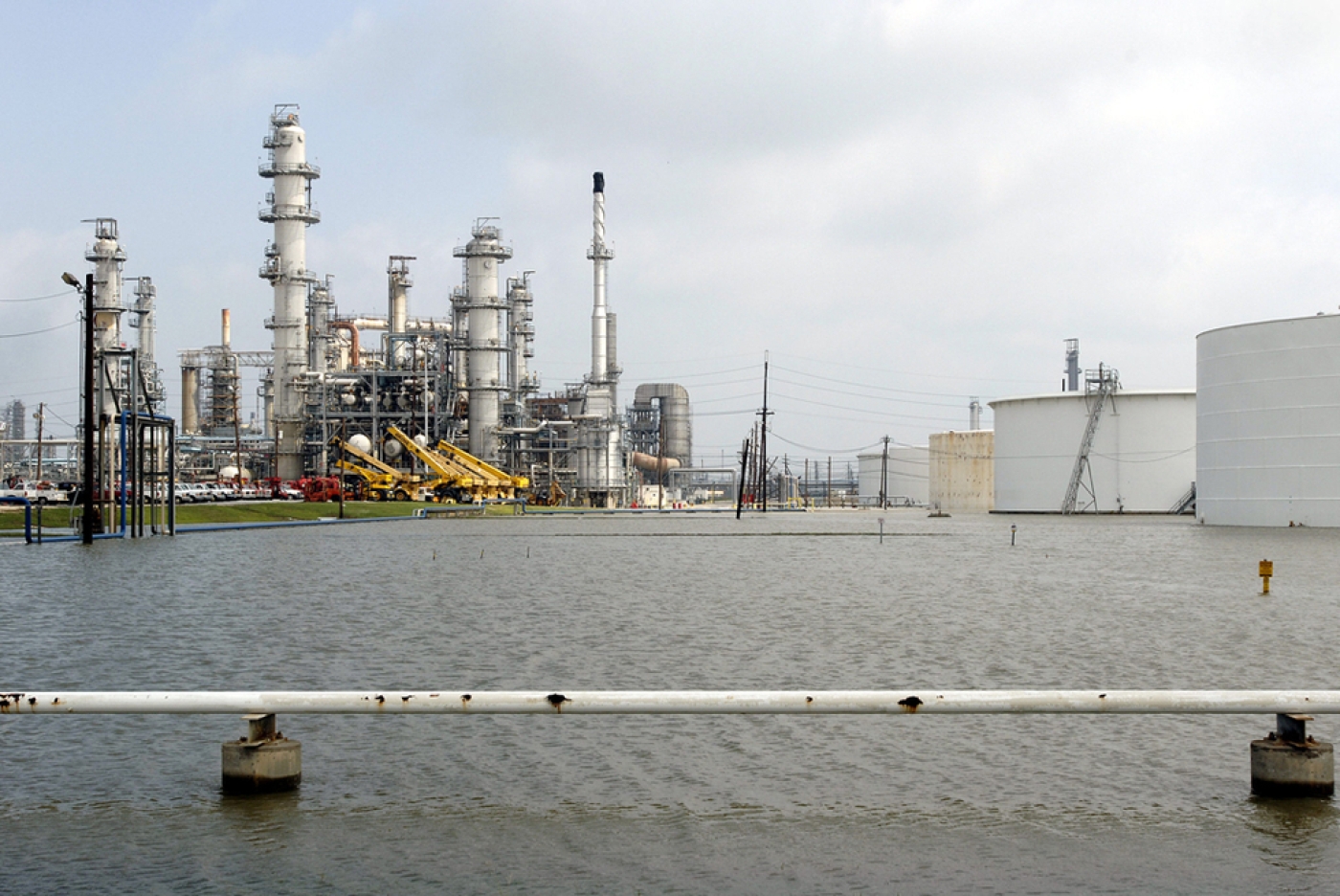 Crown Prince Mohammed bin Salman’s stop in Houston on Saturday will shift his focus to Saudi Arabia's reliance on oil at a time when the kingdom looks to diversify its economy.

Houston often gets cited as the energy centre of the United States, as the sprawling Texas city has hundreds of refineries, petrochemical plants and natural gas fields.

It also has the largest refinery in the US - Motiva - which is owned by the kingdom’s oil company, Saudi Aramco. In addition, several giant energy companies – Shell, Exxon and others – have headquarters in Texas, and Houston in particular.

Ninety percent of the Saudi government's budget and 45 percent of its GDP come from oil exports. The crown prince told Time magazine last week that the country plans to “produce much, much, much [more] — a lot of barrels in the future”.

While the specific reasons for bin Salman's visit to Houston remain murky, a number of experts say he will probably talk about investing in shale – a different form of crude oil - and in petrochemicals.

“I presume that it’s to talk to industry [executives] and to promote inward investment into Saudi Arabia, as well as to talk a little bit about the kingdom and Saudi Aramco’s plans for further investment in the United States," a former Saudi Aramco executive, who wished to remain anonymous, told Middle East Eye.

“Aramco’s US refining company Motiva is looking at further expansion… perhaps [in] chemical assets in the United States,” the former executive said.

The battle of shale oil

When Saudi Arabia and other members of the Organization of Petroleum Exporting Countries (OPEC) drove up oil prices to well over $100 a barrel in the late-2000s, it allowed other producers to set up refineries in the US, particularly in Texas, to drill wells and begin refining shale oil because the profit margins were so large.

“OPEC made a big strategic error, the price of oil rose so high that it made it economic to begin developing shale," said Ed Hirs, an energy expert at the University of Houston. "They inadvertently created a competitor during these high prices. They’ve been trying to figure out what to do with it ever since.”

Shale has made life difficult for OPEC and Saudi Arabia. Shale has really damaged their ability to control prices

However, at the time, the cost to produce shale oil was high because the technology to pump and handle the oil was new. As a result, Saudi Arabia led OPEC to “turn on the spigots” and flood oil onto the market in an effort to drive down costs and kill competing companies.

Still, shale has made a comeback - competing against Saudi oil - as technologies to drill and refine it became cheaper.

“Shale has made life difficult for OPEC and Saudi Arabia," Jim Krane, an oil expert at Rice University’s Baker Institute, told MEE. "Shale has really damaged their ability to control prices – they can’t really do it any longer without Russia. And that’s why you see the Saudis and Russia working together now."

The US, and Texas in particular, has massive reserves in shale. According to a Rystad Energy report, an energy consulting group, "Texas alone holds more than 60 billion barrels of shale oil."

These large deposits may directly compete with Saudi oil in the coming years and may eat into the kingdom's oil revenue.

Saudi Arabia’s economy almost entirely relies on the exportation of crude oil. Experts, however, told Middle East Eye that the crown prince’s trip to Houston may involve Riyadh's interest in shifting from being a raw oil exporter to something more “downstream,” such as using oil to make petrochemicals - plastics, car parts and other products.

“I think they want to take the next step to create a plastics manufacturing industry, where they make auto parts or toothpaste, paint, whatever it is. That will create diversification as well as jobs, but is that a non-oil business?” Krane told MEE.

This is a commodity business. And the only viable long-term strategy of this business is to be the low-cost provider

“That’s where, I think, they want to go; they want get away from just digging stuff from out of the ground,” he said.

“This is a commodity business. And the only viable long-term strategy of this business is to be the low-cost provider," Hirs told MEE.

Can the Saudis succeed in diversification?

Not only does MBS have his hands full with national development plan, Vision 2030, but his government is embroiled in a diplomatic spat with neighbouring Qatar, a brewing cold war against Iran, and a brutal military campaign in Yemen that has claimed thousands of lives.

Just focusing on Vision 2030 alone, MBS would have to wholly change Saudi Arabian society, according to Jean-Francois Seznec, a Gulf expert at Johns Hopkins’ School of Advanced International Studies.

“[What] the crown prince is doing is really replacing crude oil by other industries," Seznec said. "MBS wants to change the people to not depend on the state but rather the state to depend on the people. That changes the whole atmosphere. That means that foreign workers will be replaced with Saudis, especially women, which has a lot of social implications” he told MEE.

While Seznec expressed hope that MbS is successful in his endeavors, he cautioned that it may prove difficult for the young Saudi leader.

Krane emphasised that he’s “not writing [the Saudis] off,” but said their diversification strategy is “not an easy project”.

“I think Mohammed bin Salman understands the issues pretty well, but there’s a lot riding on it. You have a lot of balls to juggle at the same time, and it’s a pretty delicate balancing act to get all of this stuff done successfully,” he said.

Finally, the looming threat of climate change may derail Saudi’s entire agenda. Not only would a hotter climate imperil the ability to even live in parts of Saudi Arabia, which is already "about as hot as you can stand in the summertime ... and stay alive," but "if climate action drives down the demand for oil, the price" and resulting revenue will fall as well, Krane said.

“Oil and climate change are locked in a zero-sum game right now," Krane said. "If you’re a country with 266 billion barrels of oil reserves that are supposed to last you for the next 70-80 years, you may not feel comfortable about the markets for oil 70 or 80 years down the road."

Krane said climate change both "threatens [Saudi Arabia] from a physical standpoint" and the country's "main industry". Not only does a hotter climate imperil the ability to live in the country, but it also may drive down demand for black gold.

"If climate action drives down the demand for oil, the price of oil is going to fall alongside it, so they are going to have to deal with less revenue if the world starts to move away from crude oil," he said.

“The tasks for this young man are not going to be easy."