Analyst says only a fraction of the find is likely to be economically viable, but the discovery will ensure Bahrain's self-sufficiency An oil pumping machine in Sakir, south of the Bahraini capital of Manama (Reuters)
By
MEE and agencies

Bahrain on Wednesday announced a newly discovered shale oil reserve containing an estimated 80 billion barrels, a major shot in the arm for the small country's economy.

The country expects to produce 200,000 barrels per days from the new find, the head of Bahrain's financial and economic committee told Bahraini news site al-Ayam.

That would be the same amount that the small Gulf state currently produces per day in total today.

By comparison, Saudi Arabia has 266 billion barrels of proved oil reserves and has been producing around 9.8 million barrels per day since January.

"This is obviously not enormous compared to its neighbours but would be a big boost for the island’s economy," Robin Mills, chief executive of Qamar Energy and author of The Myth of the Oil Crisis told Middle East Eye.

"Based on US experience, only a fairly small part of the 80 billion barrels will be economically recoverable," Mills said.

That gas, said Mills, will ensure that Bahrain can remain self-sufficient.

The new field dwarfs the Bahrain Field, the country's only other oil field, which contains several hundred million barrels.

The small Gulf state currently produces some 50,000 barrels per day of crude oil from the Bahrain Field, discovered in 1932.

Manama also gets another 150,000 barrels daily from the Abu Saafa offshore field it shares equally with Saudi Arabia.

The new huge discovery was made in west Bahrain in what is called the Khalij al-Bahrain Basin.

The minister said that appraisal studies are underway with the help of international oil companies to assess the quantities that can be extracted of both oil and gas.

Yahya al-Ansari, the manager of exploration at national oil company Bahrain Petroleum, said that pumping was not expected for at least five years. 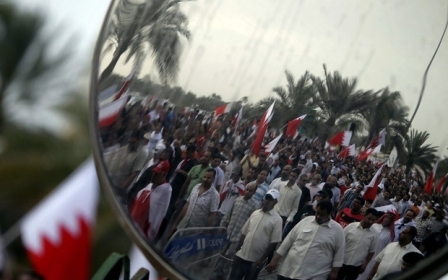 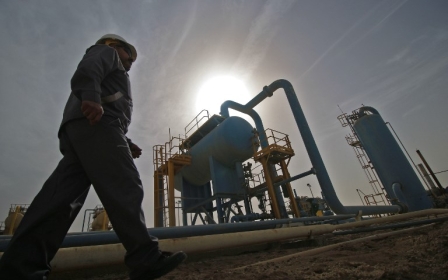