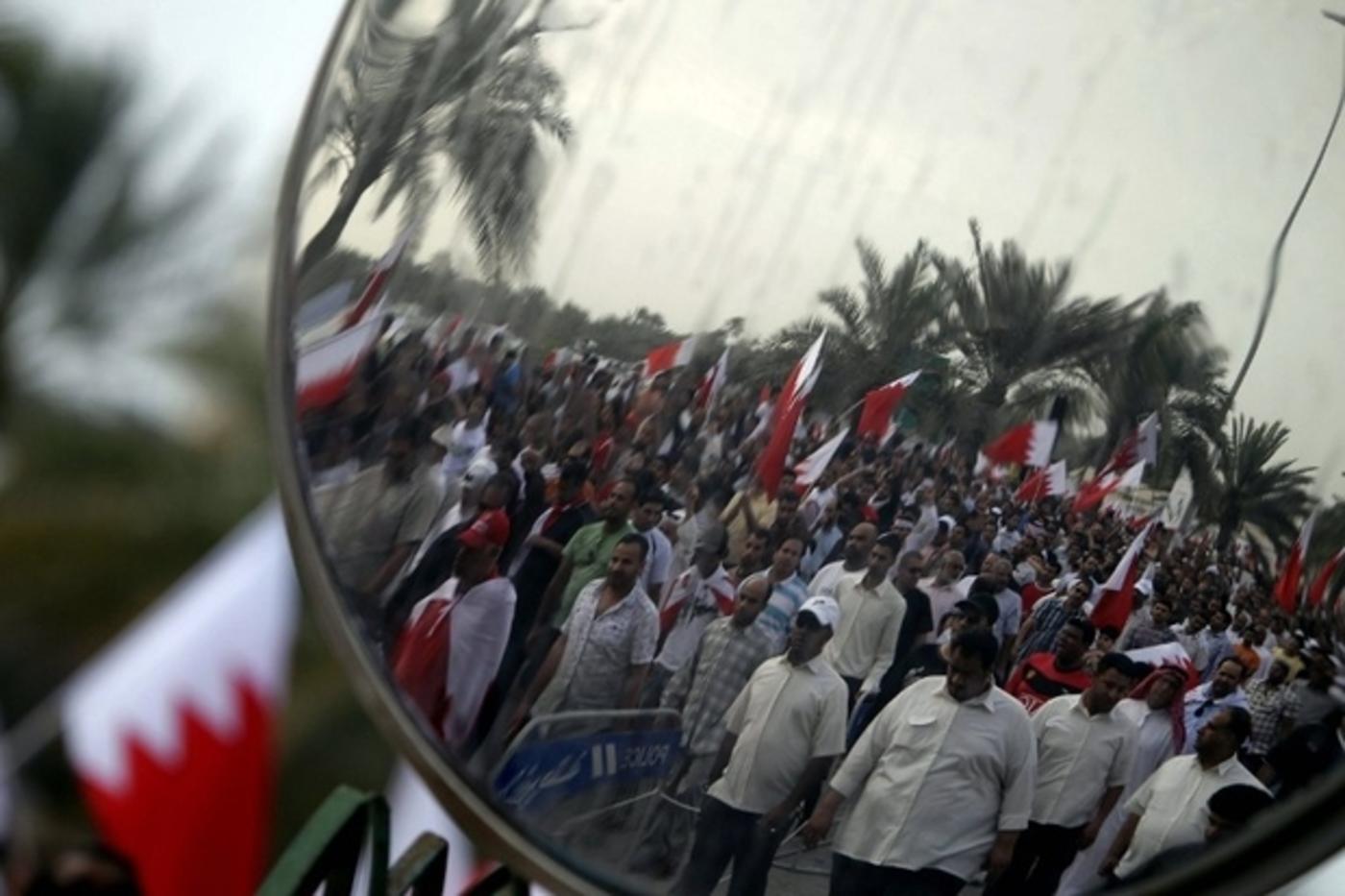 That’s how long it’s been since the Arab Spring protests rolled across the Middle East, sparking hope of democratic reform in the region's most autocratic strongholds.

It's also the length of the prison sentence I'd now get if I wrote this article in my home country of Bahrain, where it's virtually illegal to discuss how the government crushed our own chapter in that regional movement. Seven years on, few things better summarise the kingdom's precipitous descent into near-total repression than that – most Bahrainis can't even talk about it.

In the immediate aftermath of the February 2011 uprising, Bahrain's ruling Al Khalifa monarchy played conciliatory. The king established an independent commission to investigate abuses and even accepted its reform recommendations.

Death sentences issued by unfair military tribunals were commuted, demolished mosques of the marginalised Shia Muslim majority were rebuilt, and the National Security Agency (NSA) – Bahrain's secret police force – was formally stripped of its powers to abduct dissidents from their homes.

But they were stalling.

From 2012, the authorities laid the groundwork to completely restrict civil liberties in a web of overlapping prohibitions. Insulting the king; spreading false news; offending national symbols; unauthorised gathering; simply issuing "statements against the approach Bahrain has taken" – all criminalised as the country's draconian legal framework grew to encompass any form of dissent, and demand even harsher penalties.

Bahrain has been rewarded, not chastised, by its international partners. The Trump administration jettisoned Obama-era reform restrictions on multi-billion-dollar arms deals, while the UK has continued funnelling millions of pounds to Bahrain's prisons and police

By 2016 the government unveiled the full force of this repressive machinery. In a matter of months, the authorities arrested Bahrain's leading human rights defender Nabeel Rajab; revoked citizenship from the top Shia religious figure, Sheikh Isa Qassim; escalated anti-Shia discrimination by targeting dozens of clerics and shuttering religious institutions; and forcibly dissolved the largest political group in the kingdom, Al-Wefaq. (When the only other major opposition group – a secular leftist society – voiced alarm over Al-Wefaq's dissolution, the government closed it too.)

But it was in 2017 that the government fully abandoned any pretence to reform, reversing every core commitment it had made in 2011. At its end, 2017 was one of Bahrain's bloodiest years in decades.

The king's first decree of the year restored power to the NSA, unleashing one of the country's most notorious security institutions to immediately resume its old practices. Within weeks, on 26 January, masked officers believed to be NSA agents attacked a peaceful sit-in around Sheikh Isa Qassim's home in Diraz, firing live ammunition into the crowd and killing 18-year-old Mustafa Hamdan.

After the shooting, the NSA arrested a paramedic for treating Hamdan at the scene.

That very same month, the government executed three torture survivors by firing squad, ending a de facto moratorium on capital punishment that predated the 2011 uprising. The trial was so deeply marred by due process violations that a United Nations special rapporteur deemed the resultant executions "extrajudicial" – a judgment cruelly underscored by the authorities when they sent the blood-soaked clothes of the dead to their families.

Then, on 23 May 2017, Bahrain saw its single most violent day since the king took the throne, when the security forces launched a massive operation against the Diraz sit-in. Firing shotguns and teargas canisters, the authorities injured hundreds of demonstrators and killed five, including the late Mustafa Hamdan's older brother.

In the interim months, Bahrain has been rewarded, not chastised, by its international partners. The Trump administration in the United States jettisoned Obama-era reform restrictions on multi-billion-dollar arms deals, while the United Kingdom has continued funnelling millions of pounds to Bahrain’s prisons and police.

With a green light at home and abroad, the NSA proceeded to launch an all-out reprisal campaign against independent civil society activists, abducting and torturing human rights defenders such as Ebtisam al-Saegh. The king went so far as to normalise the emergency security tribunals of 2011 by amending the constitution to allow military trials for civilians, and the Bahrain Defence Force issued its first six death sentences under the new system on Christmas Day.

Military leaders such as Sheikh Nasser bin Hamad – the king's son – have never even faced investigation, despite evidence of his personal involvement in torture leading to the revocation of his royal immunity in the UK

All along, the government has entirely failed to hold the chief perpetrators of these abuses accountable for their crimes. As thousands of average Bahrainis face all manner of absurd judicial harassment – and while prosecutors demonstrate endless creativity in trumping up charges against activists – the government has proven conspicuously unable to try or even investigate senior officials.

Only a small number of low-level personnel have been prosecuted since 2011, with most sentences incommensurate with the severity of the transgression. Meanwhile, military leaders such as Sheikh Nasser bin Hamad – the king's son – have never even faced investigation, despite evidence of his personal involvement in torture leading to the revocation of his royal immunity in the UK.

As the government intensifies its hold over dissent, impunity for crimes against journalists has remained particularly rampant. In June 2017, the authorities indefinitely suspended Al-Wasat, Bahrain's only independent newspaper, ultimately forcing it to close. Al-Wasat had been a government target since 2011, when the NSA tortured its co-founder Karim Fakhrawi to death.

Even then, when the authorities investigated the case amid public pressure, those responsible were charged not with torture – which carries life imprisonment – but a lesser offence warranting just three years.

Likewise, next month will mark the sixth anniversary of the shooting death of journalist Ahmed Ismael Hassan. Though the UN called for an investigation, his slaying remains unresolved.

It's this seemingly intractable problem – what the Bahrain Independent Commission of Inquiry famously called a "culture of impunity" – that drives the ceaseless deterioration of Bahrain's human rights situation more than perhaps any other factor.

Yet it's been purposely allowed to fester, even encouraged, since long before the 2011 uprising. It was one of the primary reasons so many thousands of Bahrainis took peacefully to the street seven years ago, in defence of universal rule of law.

It'll undoubtedly be a chief reason they take to the streets next time.

Yet Bahrain's leaders have only redoubled their commitment to a crude rule of law. It's therefore incumbent on the international community to pressure for emergency reforms before that next popular uprising is met with unvarnished brutality.

- Husain Abdulla, originally from Bahrain, is the founder and executive director of Americans for Democracy and Human Rights in Bahrain. He has a master's degree in political science and international relations from the University of South Alabama.

Photo: Bahraini anti-regime protesters rally towards Pearl Square, the focal point of demonstrations for over two weeks, in Manama on 1 March 2011 (AFP) 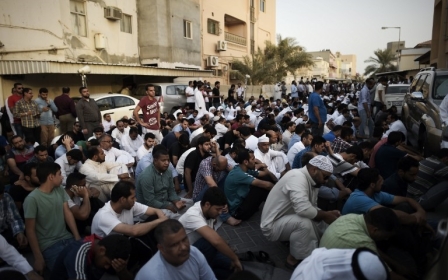