Oil producers may not need to extend cuts past March: Kuwait oil minister Essam al-Marzouk, Kuwaiti oil minister and chairman of board at Kuwait Petroleum Corporation speaks during third Kuwaiti Oil & Gas Conference in Kuwait City on Sunday (AFP)
By
MEE and agencies

Oil producers may not need to roll over a deal to cut production beyond March if all members fully comply with their pledges, the Kuwaiti oil minister said on Sunday.

"The current reduction deal is sufficient to achieve the desired purpose," of rebalancing the oil market, Essam al-Marzouk told reporters after opening an oil conference.

Although "the compliance level to the cuts has reached an unprecedented 116 percent," this was mainly due to the fact that some countries were making higher cuts than pledged.

"Our focus now is centred on making all member states fully comply with the cuts to reach an even better percentage and therefore not need a new extension," Marzouk said.

Marzouk, who heads a joint ministerial committee monitoring compliance, said it was too early to say if a new extension was needed and that "OPEC will take a decision next month". The oil cartel will hold a key ministerial meeting in Vienna on 30 November.

OPEC Secretary General Mohammad Barkindo also spoke in Kuwait, discussing his outlook for oil demand as producer nations wrestle with the global oversupply that dragged crude prices to half the level of their 2014 peak, Bloomberg reported. Oil demand will grow at a “healthy pace” over the next five years as renewables show the fastest expansion of any type of energy, he said.

OPEC, Russia and other suppliers are debating whether to extend the output cuts set to expire in March, in an effort to drain the glut - fed partly by US shale - and shore up prices, Bloomberg said. Benchmark Brent crude, which ended Friday trading at $57.17 a barrel, is up 0.6 percent this year as the cuts, which began in January, have taken effect.

OPEC and non-OPEC producers struck their historic deal a year ago to cut crude output by 1.8 million barrels per day for six months. The deal was then extended by nine months until March. 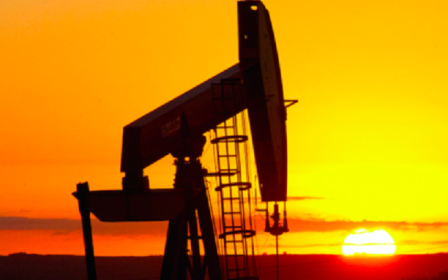