The supertanker, which had sailed around Africa, is reportedly carrying Iranian fuel and was boarded with aid of UK marines 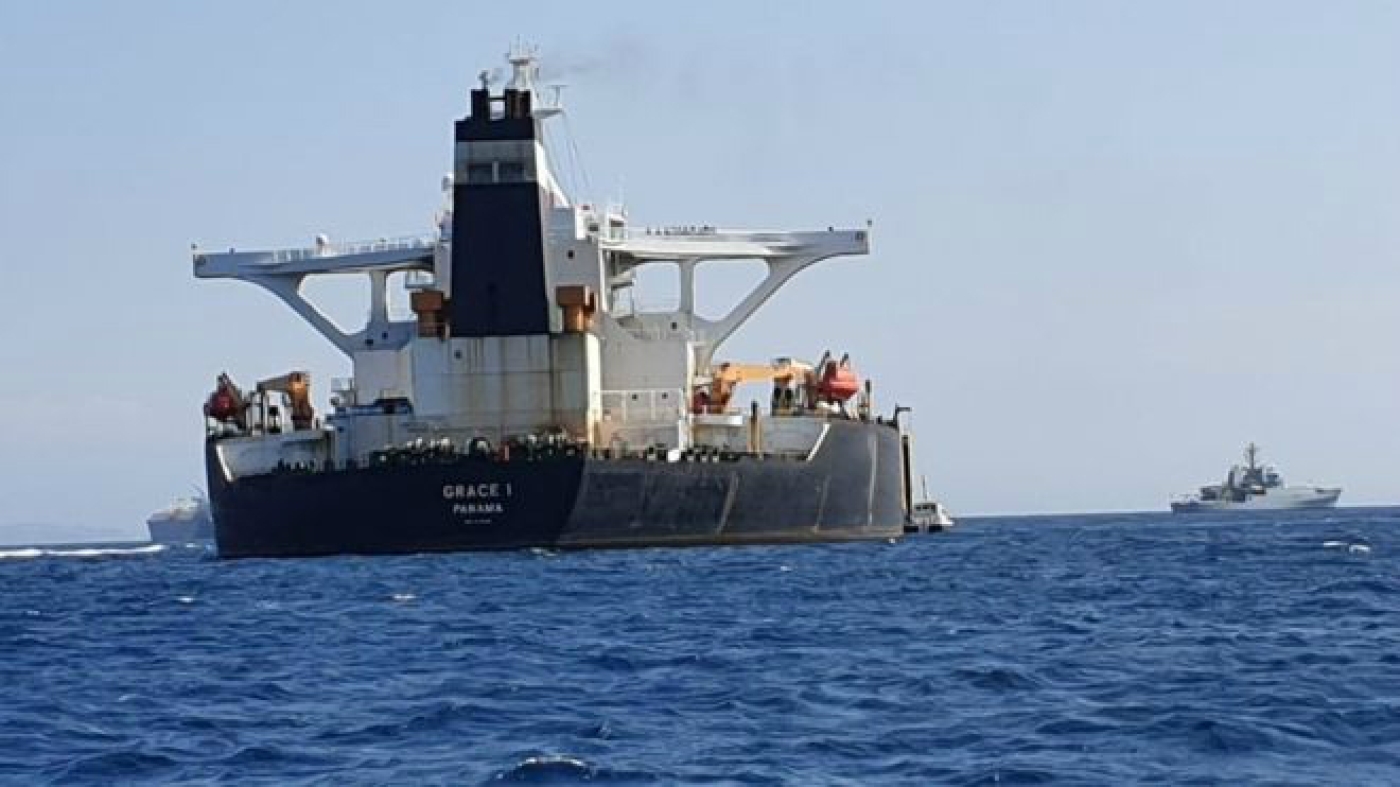 A supertanker suspected of carrying crude oil to Syria in violation of EU sanctions was detained in Gibraltar on Thursday, the territory's Chief Minister Fabian Picardo said.

The Grace 1 vessel, which was reportedly carrying Iranian oil, was halted in the early hours of Thursday by police and customs agencies in the British overseas territory, aided by a detachment of British Royal Marines.

"We have reason to believe that the 'Grace 1' was carrying its shipment of crude oil to the Banyas Refinery in Syria," Picardo said in a statement.

"That refinery is the property of an entity that is subject to European Union sanctions against Syria.

“As the sanctions being enforced are established by the EU, I have written this morning to the presidents of the European Commission and Council, setting out the details of the sanctions which we have enforced.”

The Panamanian-flagged tanker which sailed all around Africa via the Cape of Good Hope, is the first tanker laden with Iranian oil to head for European waters since late 2018, according to the shipping trade publication Lloyd's List.

The ship loaded off Iran in mid-April and spent time at anchor off the United Arab Emirates, Lloyds List said. 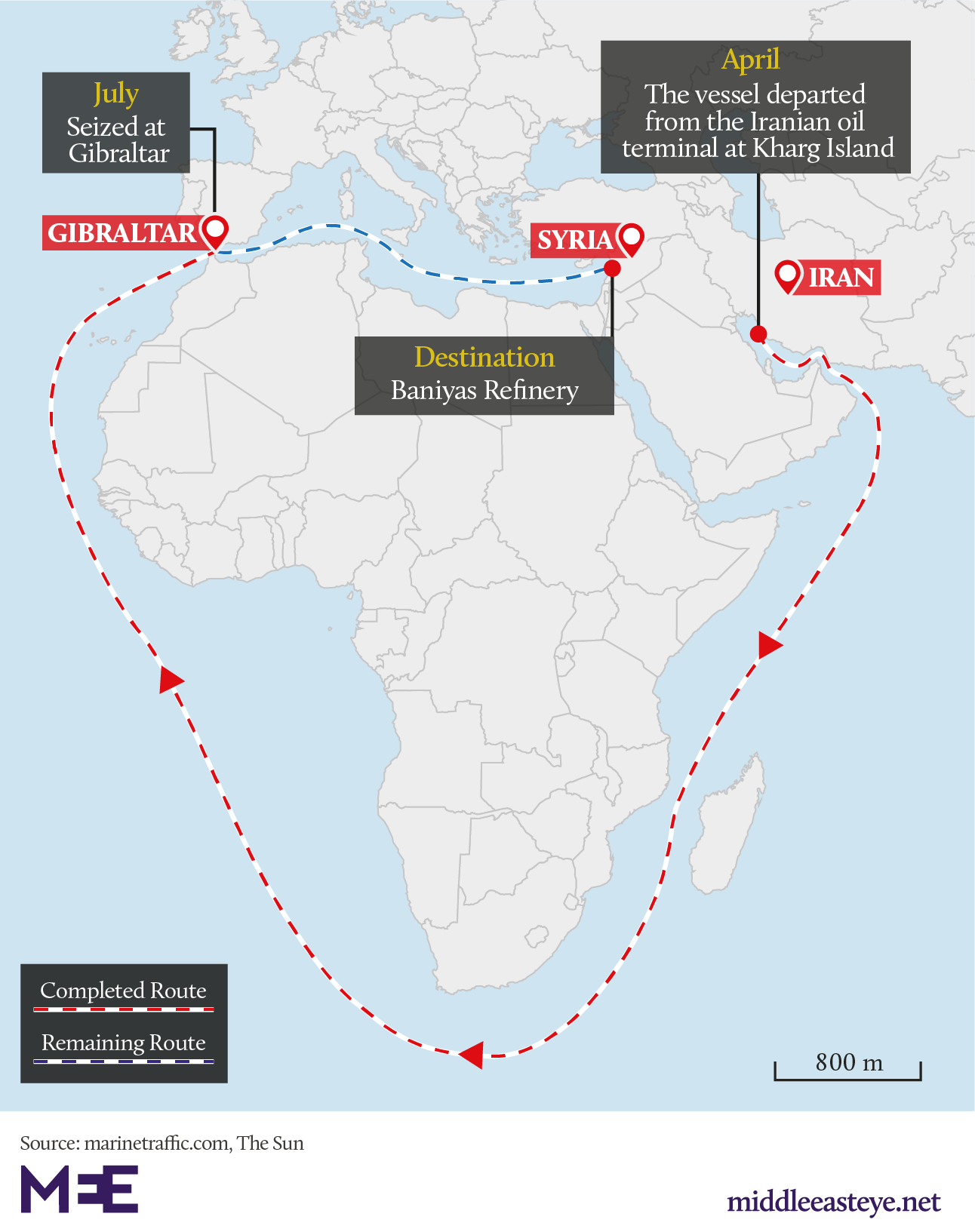 “Based on all the imagery we spent weeks reviewing, we could not see her loading crude oil. She has a history of handling STS transfers of fuel oil. We believe she was due to do the same in Syria’s waters. Fuel oil powers vessel engines. It’s heavier than crude oil. She is heavy,” they said in a tweet, using the abbreviation for ship-to-ship transfers.

"In conclusion, if in fact she is fully laden with fuel oil for STS (ship-to-ship) transfers off the coast of Syria, then the destination wouldn’t be Syria, but most likely Europe. Fuel oil is a refined product and will not contain chemical signatures that can trace it back to Iran."

Iran continues to suffer from the effects of crippling sanctions re-introduced in November by the Trump administration after the US pulled out of the nuclear accord with Iran last year.

Since the scrapping of waivers in May, shipments are limited to mostly Iranian and Chinese-owned ships. The shipment comes days after the European Union introduced Instex, a financial trading instrument that circumvents US sanctions, Lloyds List said.

European Union sanctions against Syria have been in force since late 2011.

The 28-member bloc has imposed sanctions on 277 Syrian officials including government ministers over their role in the violent repression of civilians.

It has frozen the assets of some 72 entities and introduced an embargo on Syrian oil, investment restrictions and a freeze on Syrian central bank assets within the European Union. 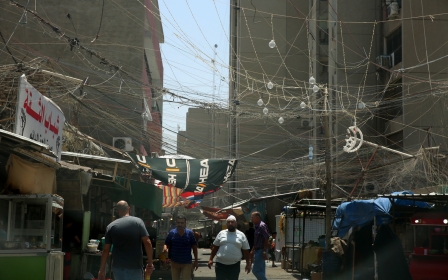 US Sanctions
Iraq setting up financial mechanism to evade US sanctions on Iran: Report 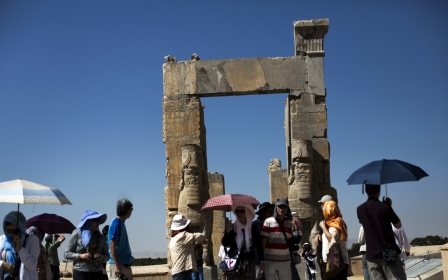 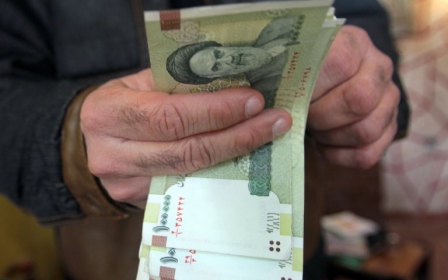