An open secret: The people-smugglers of southern Libya 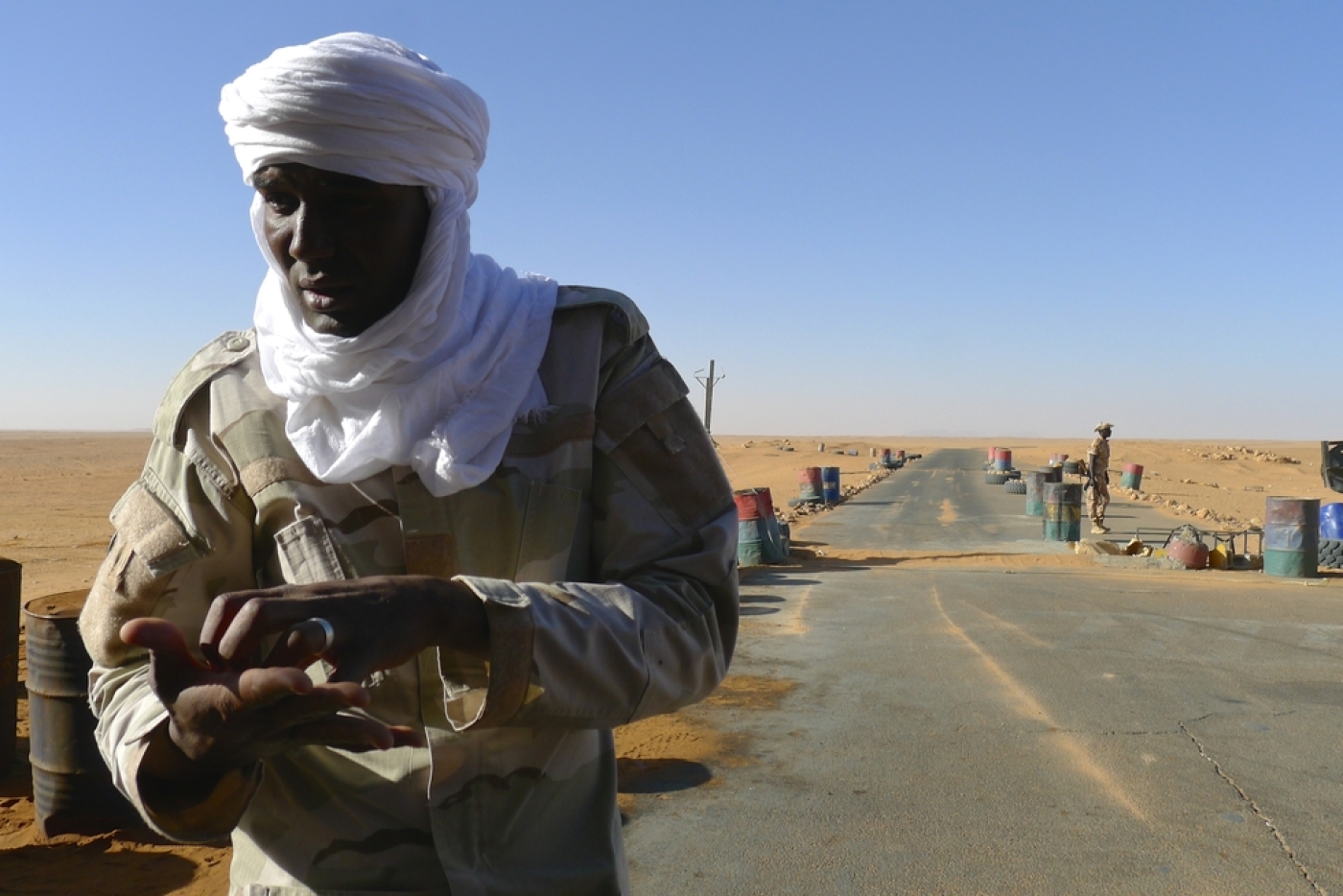 Sabha, LIBYA - A white Toyota Hilux truck speeds across the flat Saharan sands of southern Libya, crowned by the outline of sub-Saharan African migrants, their faces wrapped in scarves as protection against the sand and sun.

Spotting a Libyan army vehicle, the Toyota accellerates and veers further out into the desert, but the military do not give chase - lacking even the most basic equipment and with detention centres closed, they rarely intercept smugglers.

With the harsh Saharan climate at its mildest, this is the busiest time of year for illegal immigration across the Niger-Libya border, and people-smugglers in Libya’s south say that every week 2,000 people - mostly sub-Saharan Africans - are crossing into Libya.

People-smuggling along this Saharan route is no longer a clandestine business. Every week, the Niger military escorts a convoy of vehicles heading to Libya for 600km through the desert, from Niger’s largest city of Agadez to its Saharan town of Dirkou.

“It’s an obligation to travel with the military escort to Dirkou, but the rest of the journey is made independently,” says people-smuggler Abdu, 37. “There are usually 70-80 vehicles in the convoy and often it is only migrants. It could be 2,100 people at a time, which is more than 8,000 a month.”

“The army doesn’t actually do anything if there is any trouble, and bandit vehicles weave in and out of the convoy while it is moving, trying to steal cars, food and migrants,” he said.

"The mandatory convoy is free, but the smugglers are lucrative for other Niger security forces who subsidise their paltry wages with bribes extorted from drivers and passengers - apart from migrants from Niger who are exempt.”

One of the last Niger checkpoints is Madama, 100km south of the border, where the French military has established a base. Smugglers say the French soldiers observe all passing traffic but never interfere.

A Libyan soldier from the south, Hassan Suki, who posed as a civilian to monitor the migrant flow, said both the French and Niger governments were exacerbating the migrant problem.

“Many people in the EU don’t realise what’s happening here, and that France and Niger are behind it,” he said.

“We saw that the military base is metres away from the last Niger checkpoint and we watched commanders come out of the base and talk to the smugglers but they didn’t stop anybody.

"If these French troops are serious, they could stop anything from crossing that border because it’s a big military base with hundreds of military personnel, helicopters and warplanes.”

The French government did not respond to requests for comment from MEE before publication.

At the Tumo border crossing in Libya, offices for police, passport control and the immigration authority stand empty, deserted since Muammar Gaddafi’s security forces fled in 2011. Border security has since been provided by poorly trained militias from the Tebu tribe - a semi-nomadic Saharan people spread across Chad, Niger and Libya.

Many are former students, their studies interrupted by civil conflict or the state’s inability to pay their scholarships, their only training having been fighting in the 2011 uprising.

“We are here now just to protect and manage the border crossing. We have no support and no power but we try to do our best,” border post commander Salah Galmah Saleh told MEE.

“We are supposed to do patrols but we have no equipment, no petrol and no money to fix our vehicles, so how can we go out into the desert?”

Smuggler Abdu laughed when asked about effective future border control, saying: “They’ll never be able to control that border. Nothing will change. It will always be the same.”

But the Tebu military commanders in the south insist that, with support, they could secure the border.

“Controlling this border is the way to stop illegal immigration towards Europe because if this point is closed, they cannot reach the sea,” he said. “We know which day smugglers pass and where, so we could easily control it. We are from the desert and know this terrain and how to control it. If we had all the equipment we needed, we could start to secure the border within 48 hours.”

At the moment, transporting migrants across the Sahara has never been easier, according to Abdu, who has been in the business for seven years, despite four jail sentences.

“During the Gaddafi era, smugglers were captured and punished and vehicles seized, but nowadays this doesn’t happen, and the Libya stretch has become less dangerous to work,” he said.

“Because of Gaddafi’s border security, at night we had to drive without lights and take complicated routes, which meant there were more accidents and, if vehicles broke down, people would just die in the desert.”

Smugglers now only need to avoid the Libyan border crossing point and checkpoints by weaving on and off the 600km road that leads to Libya’s smuggling hub - the lawless southern town of Sabha - where they drop the migrants or hand them over to another Arab tribe.

The people-smuggling trade on this route - the busiest because of instability in other areas of Libya’s south - is dominated by the Tebu.

Although Ali is a Tebu from Niger, he said most smuggling between Dirkou and Sabha is done by Libyan Tebu.

Sitting cross-legged on the floor in a house in Qatrun - Libya’s southernmost town where every other vehicle is a Toyota Hilux - the slender young man has transported thousands of people into Libya over the last five years.

Ali said he dreams of one day having enough money to open a shop and start a new life. “I don’t like this job and it is terrible to always work in the desert, but you have to see the situation in Niger,” he said. There are literally no jobs and life is very tough.”

With few job prospects or career opportunities in the central Sahara, smuggling is one of the few lucrative prospects for young Tebu men.

Abdu said he saw smuggling as the only way to make money after a lack of cash forced him to abandon a law degree.

“I don’t like smuggling and it’s a difficult and dangerous job,” he said. “I know this is a bad choice and I wouldn’t do it if there were other jobs available with good salaries.”

He says the harsh desert forces him to regularly buy new vehicles. Then there is the threat of bandits or a remote break-down, and the problem of limited space into which he must pack as many as 31 migrants around barrels of water and oil and replacement engine components.

But the financial rewards are high.

A trip with even 25 migrants generates almost $10,000 - a sum that is difficult to make in other professions in Libya’s remote south. Return journeys to Niger are less popular and cost half the price, although most returning migrant workers pay extra to take goods bought in Libya back to their families.

Libya once offered lucrative working opportunities for migrant workers, but now the country is high-risk and on the brink of economic collapse, so few want to linger, preferring instead to return home or take the greater risk of making the dangerous Mediterranean crossing.

“Because of the bad situation in Libya, people don’t want to stay and work here anymore,” Abdu said. “But this hasn’t changed the number of people entering Libya, because many are hoping to reach Europe.”