'Our bodies are Turkish, our souls Islamic!' The rise of Turkey's ultra-nationalists 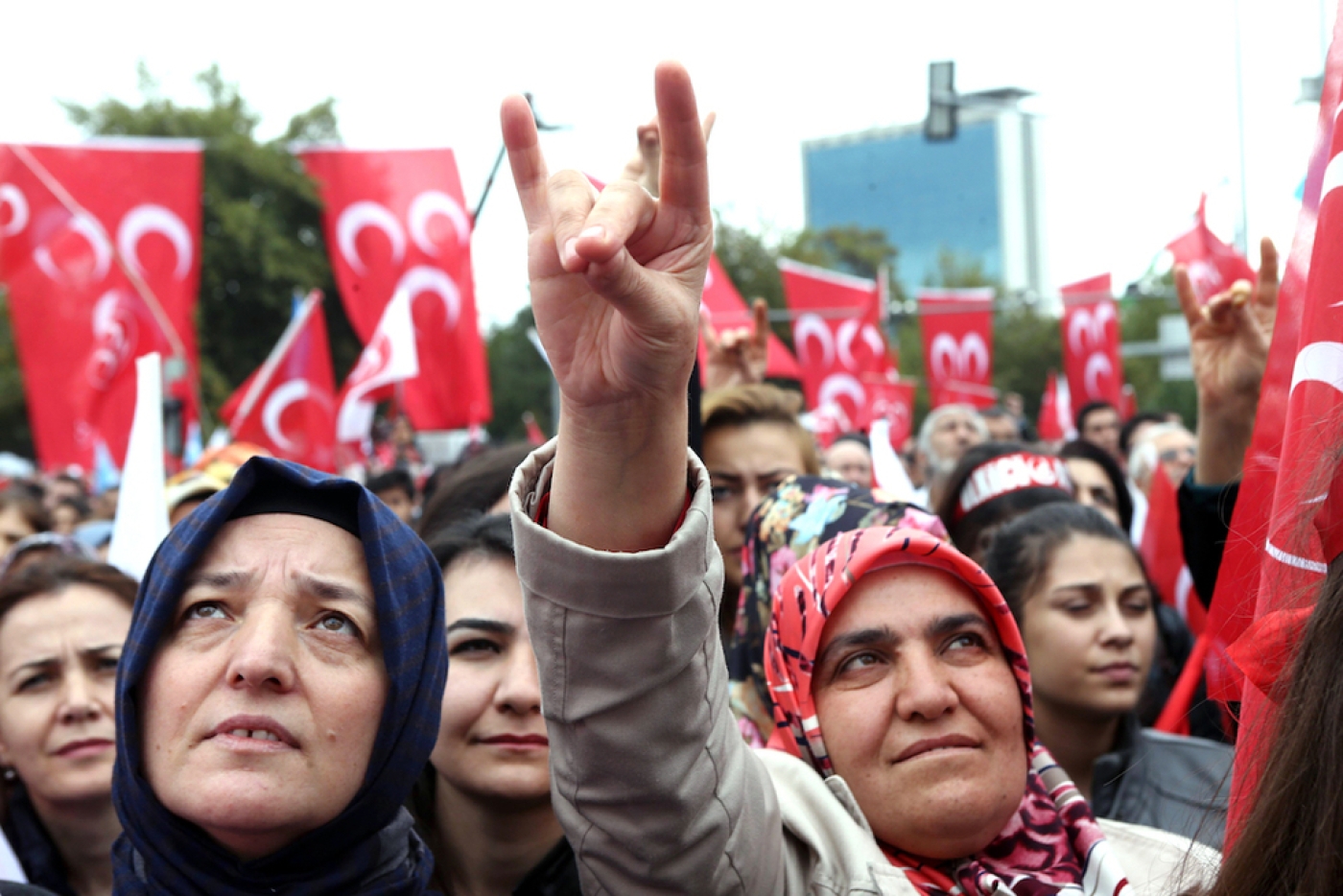 Supporters of the Turkish Nationalist Movement Party (MHP) make a 'Grey Wolf' sign and wave MHP flags, as they listen to the MHP leader, Devlet Bahceli, during a campaign rally in Ankara (AFP)
By
Tom Stevenson

ISTANBUL, Turkey – They call themselves idealists. Turkey's ultra-nationalists, who prefer the Turkish term Ulkucu, have been described in many ways: as hyper-modern politicians and as throwbacks, true patriots and criminal street fighters, champions of Turkishness and crude racists.

Whatever they're called, Turkey’s ultra-nationalists are enjoying renewed popularity, social prominence, and a greater role in an increasingly closed off political landscape.

The June 2018 presidential and parliamentary elections in Turkey saw the strongest showing for right-wing Turkish nationalist parties in decades. Combined, the Nationalist Movement Party (MHP) and the Iyi party, which splintered from the MHP in October 2017, took 21 percent of the vote and won 92 seats in parliament.

The performance of the MHP in particular took many observers by surprise. The party's election campaigning was sparse and the split was expected to lessen its vote share. Instead, the party maintained its vote and increased its number of seats.

The ultra-nationalist street groups around the MHP have much to celebrate. Olcay Kilavuz, the leader of the Ulku Ocaklari (Idealist Hearths), a street movement known more famously as the "Grey Wolves" - once a notorious paramilitary arm of the MHP - has for the first time taken a seat in parliament as an MHP representative.

The MHP's electoral alliance with President Recep Tayyip Erdogan's ruling Justice and Development Party (AKP) has granted the MHP, and its leader Devlet Bahceli, 70, even greater swing than its electoral performance suggests.

Crucially, the AKP will now rely on the votes of the MHP to obtain a majority in parliament.

The MHP now gains disproportionate influence. We're yet to see how it will exercise its influence but if not for the alliance with the MHP, Erdogan may have lost both races

While the party has not demanded cabinet positions in exchange for its alliance with the AKP, it has sought civil service and bureaucratic offices for its leadership. The MHP's supporters have triumphantly celebrated the outcome. "This state is ours, we are this nation," read one recent slogan.

It isn't only the MHP espousing Turkish nationalism. Erdogan's AKP also ran an election campaign with a distinctly nationalist tinge. Since 2015, Erdogan has followed an agenda much closer to that of the nationalist movement - pushing a war against Kurdish fighters and activists in the southeast of the country and establishing a working relationship with Bahceli.

During the election campaign, pro-AKP media consistently used nationalist rhetoric. In Yeni Safak, the newspaper perhaps closest to Erdogan, editor-in-chief Ibrahim Karagul's column spoke of foreign plots against Turkey and of the Turkish government foiling them.

"Turkey can no longer be slowed down ... It is neither a nation state in the strict sense, nor is it a region small enough to fit into Anatolia ... Our people are now going to carry this great scheme to every corner of the earth," Karagul wrote.

Supporters of the major Turkish political parties, including the AKP, appear to have become more receptive to nationalist rhetoric, according to Abdullah Aydogan, a research scholar at the Baker Institute for Public Policy at Rice University in Houston.

"There is a huge increase in terms of nationalist sentiments, and this isn't just about the election results for ultra-nationalists," Aydogan told MEE.

Aydogan traces the AKP's nationalist shift to the Gezi park protests in Istanbul in 2013.

"Since Gezi, the discourse has turned to focus on how the West is terrible and trying to overthrow us – that has been the talk around the AKP for a number of years," he said.

The election results show the AKP's appeal to nationalism was successful, says Soner Cagaptay, director of the Turkish Research Programme at the Washington Institute for Near East Policy.

"We're yet to see how it will exercise its influence but if not for the alliance with the MHP, Erdogan may have lost both races."

Nationalism has always had a broad political appeal in Turkey. But today's ultra-nationalists come out of a different tradition to the country's other modern political parties.

Ultra-nationalists claim to uphold the prestige of the Turkish state and hold the armed forces in high regard. They often stress the importance of "Turkishness" and strongly oppose multiculturalism, as well as the rights movements organised by Turkey's minorities.

In Turkey, nationalist politics is not only a question of ethnicity – it has often gone hand in hand with religion.

"Our bodies are Turkish, our souls Islamic. A body without a soul is a corpse," goes a popular nationalist slogan frequently used by the MHP.

The MHP was founded by Alparslan Turkes, an army colonel with links to Operation Gladio, a Nato intelligence operation that aided right-wing paramilitary groups in Europe. In its early days, the party was involved in street fighting in the 1970s between right-wing nationalists, including the Grey Wolves, and left-wing revolutionary, Kurdish, and Alevi organisations.

The MHP party leadership is still dominated by former Grey Wolves (one of whom, Atila Kaya, was once convicted for the murder of a left-wing construction worker).

And there are signs that this older form of ultra-nationalism is undergoing a resurgence.

Alaattin Cakici, a notorious mob boss with links to the Turkish National Intelligence Agency (MIT) and a prominent ultra-nationalist figure, has been imprisoned in Turkey since 2004.

Since the elections, Cakici has been granted the privilege of daily prison visits and has issued a string of public statements from his cell. In one of the statements he made threats against the lives of journalists working for the Karar newspaper.

Before the elections, Bahceli called for Cakici to be pardoned and released along with Kursat Yilmaz, another ultra-nationalist mob boss serving a 19-year prison sentence for ordering the murder of the mayor of Kusadasi, a town in western Turkey.

Two days after the elections, Bahceli took out full-page advertisements in the Sabah and Hurriyet newspapers in order to publish the names of 70 journalists, academics and pollsters whom he believed had slighted the MHP.

The roots of the new Turkish nationalism are to be found in the conflicts in the predominantly Kurdish southeast of Turkey, and across the border with Syria, according to Mesut Yegen, professor of sociology at Istanbul Sehir University and an expert in nationalism in Turkey.

After the June 2015 elections, and the success of the pro-Kurdish Peoples' Democratic Party (HDP), a campaign in the pro-government press began that painted Turkey as the subject of an attack by the Kurdish movement and the United States, provoking nationalist sentiments.

"The Turkish establishment in general, not only the AKP leadership but also Kemalist bureaucrats from the old establishment, came to believe that the United States was planning to build a new Kurdistan which would have repercussions in Turkey," Yegen told MEE.

"It was seen as unbearable across the Turkish establishment, and so there is a kind of coalition between members of the new elite and the old, the thing that they share in common," Yegen said.

The civil war in Syria and the associated wave of Syrian refugees seeking asylum in Turkey have only bolstered the Turkish nationalist cause.

The newly established Iyi Party has often been described in kinder terms than its competitor, the MHP, in the international press. During the 2018 election campaign, Iyi's leader Meral Aksener received much attention as a possible vibrant challenger to Erdogan.

However, Iyi's leadership includes some of the old MHP's staunchest ultra-nationalist leaders, including its deputy chairmen, Koray Aydın and Umit Ozdag.

Prior to the split, the Iyi leadership had attempted to oust Bahceli and take control of the MHP. When the attempt failed, partly due to the intercession of Erdogan and the courts, the Iyi faction resorted to forming a new party instead.

The party's name, Iyi, which means "good" in Turkish, is also an ultra-nationalist symbol referring to the Kayi tribe of the Oghuz Turks from a Turkic origin myth.

While there are differences between the two parties, the split is better characterised as a schism within the Turkish nationalist movement, according to Burak Kadercan, assistant professor of strategy and policy at the United States Naval War College.

He argues the MHP and Iyi are two factions of a movement divided by their willingness, or not, to work with Erdogan.

"I would say Iyi represents the 'new' ultra-nationalists best, those who hail from all walks of life, as opposed to the 'tough guy' relics of the past," Kadercan told MEE.

The themes and symbols of the ultra-nationalist movement have become increasing prominent in popular culture. A string of recent soap operas feature wolf references and a veneration of the armed forces. In Soz, a 2017 televison series, the Turkish army is depicted heroically defending Turkmen villages.

The series is filled with references to flag, soil and insidious foreign plots. This year, extra showings were organised for the second anniversary of the failed July 2016 coup attempt.

This is more evidence of a social trend that has only recently begun to emerge in Turkish politics, according to Kadercan.

"Pop culture is not the driver of ultra-nationalist sentiments, but it is responding to an existing demand, especially for secular versions," he said.

At a time of weakening nation states in the region, many Turkish citizens have turned to a more aggressive form of nationalism, says Berk Esen, assistant professor of international relations at Ankara's Bilkent University.

"The Syrian civil war and a general security crisis in the Middle East triggered a large wave of migration that stoked fears among Turkish nationalists who rose in response," Esen told MEE.

Now Turkish ultra-nationalism looks set to have a heavier and heavier presence, not just on Turkey's television screens but at the highest levels of Turkish politics. 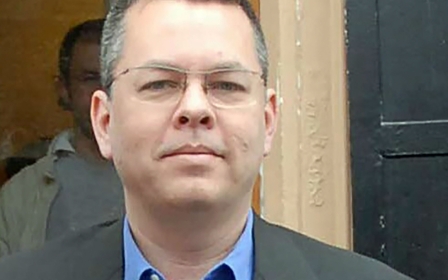 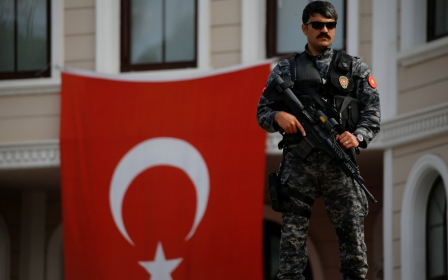 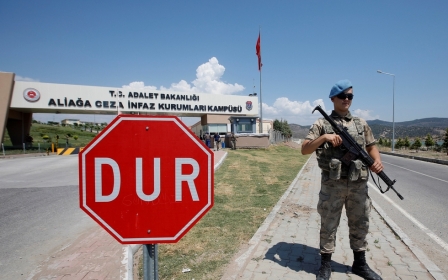