Outraged US looks for ways to break up Opec, reassess Saudi ties

Biden administration says it will work with Congress to reevaluate US-Saudi relations, while experts say the Opec+ move puts Washington in tough spot ahead of midterms 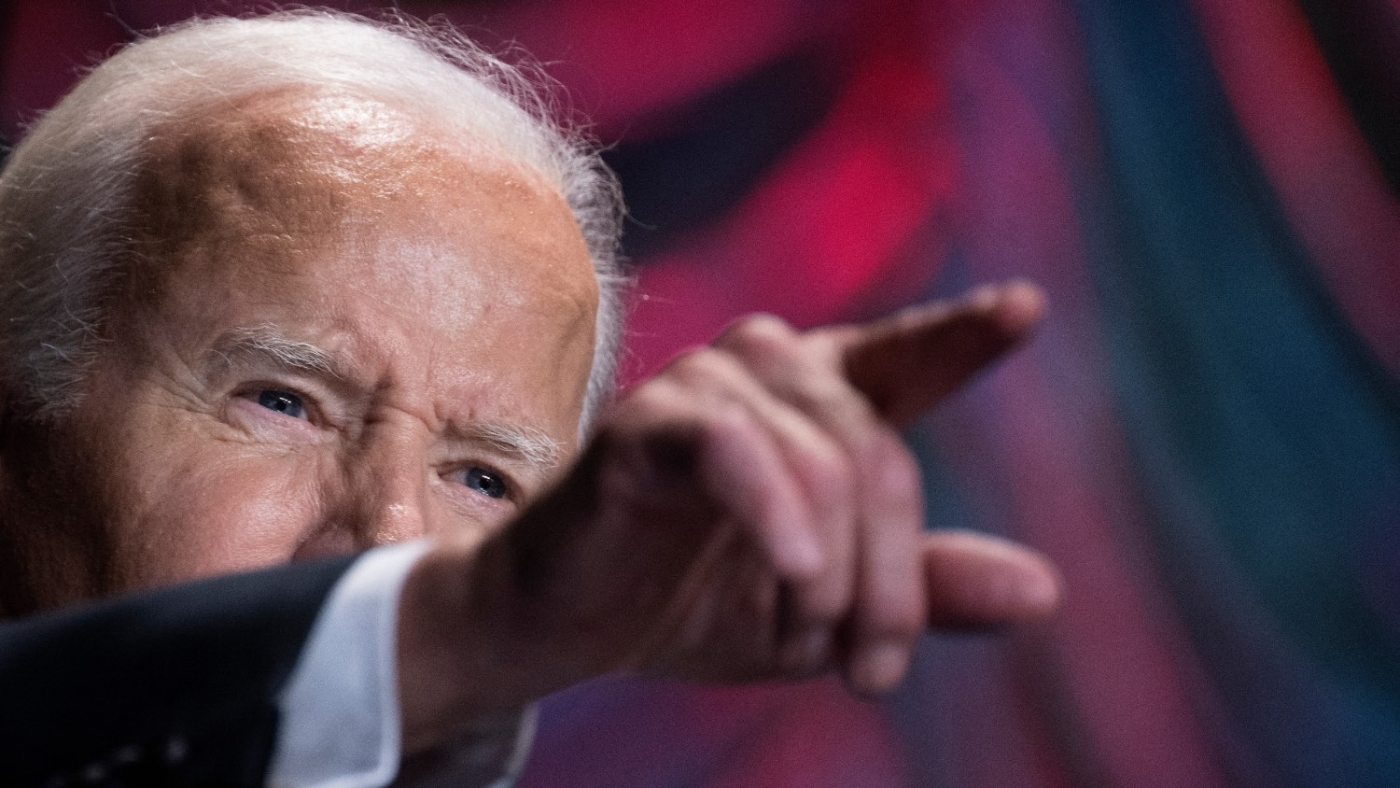 US President Joe Biden speaks during the Phoenix Awards Dinner at the Washington Convention Center in Washington, DC on 1 October 2022 (AFP)
By
Umar A Farooq
in
Washington

Last week's decision by Opec+, led by Saudi Arabia and Russia, to cut its production by two million barrels of oil a day sent shockwaves throughout Washington, sparking outrage and concerns that Moscow and Riyadh were working together against US interests.

In response, the Biden administration and Democrats in Congress have already made moves to mark a potentially major change in the US-Saudi relationship, as the massive production cut comes at a pivotal moment just ahead of the country's midterm elections in November.

Gas prices have historically been a key issue in major US elections.

Senator Bob Menendez, chair of the powerful Senate Foreign Relations Committee, declared in a statement that "the United States must immediately freeze all aspects of our cooperation with Saudi Arabia" beyond "what is absolutely necessary". 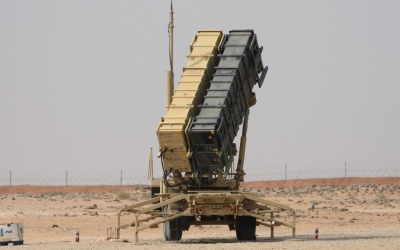 "I will not green-light any cooperation with Riyadh until the kingdom reassesses its position with respect to the war in Ukraine. Enough is enough," he said.

Following this statement, White House national security spokesman John Kirby said on Tuesday that President Joe Biden is re-evaluating Washington's relationship with Saudi Arabia and is willing to work with Congress on this - opening up a US administration's relationship with an ally to lawmakers' scrutiny is a rare move.

The State Department's assistant secretary for Near East affairs, Barbara Leaf, also announced a visit to the Middle East to visit Kuwait, Egypt, Qatar and the United Arab Emirates, with Saudi Arabia being a notable absence on the itinerary.

But while there are certainly a number of responses that the US could pursue, experts say the timing of the Opec+ move places the Biden administration in a difficult situation, with each response having potentially dire political consequences for Washington's relations with its Gulf partners, as well as domestic and electoral consequences.

"It's a very tricky situation for the administration, because obviously, a lot of the Opec members are in theory close US partners in the Middle East," Kristian Coates Ulrichsen, a research fellow at Rice University's Baker Institute for Public Policy, told Middle East Eye.

"This is what makes the political anger in DC about what the Saudis and the Russians have done sort of all the more raw in a sense, just because it is so close to the election."

One of the options being discussed is the Nopec bill that is currently sitting in the Senate. The bill, which passed out of committee in May, has been brought up by lawmakers as a bulwark against Opec.

The No Oil Producing and Exporting Cartels (Nopec) bill would alter antitrust law in the US to revoke the sovereign immunity that has long protected Opec and its national oil companies from lawsuits.

This would give the US attorney general the power to sue Opec, its members such as Saudi Arabia, or its partners like Russia, in federal court on charges including market manipulation.

'We need to be tough on them and immediately halt all US arms sales to Saudi Arabia. Let’s use our leverage'

"Opec and its partners have ignored President Biden’s pleas for increased output, and now they are colluding to reduce production and further raise global oil prices," Republican Senator Chuck Grassley, author of the bill, said in a statement.

"If this administration insists on making us more dependent on less friendly, less environmentally conscious foreign oil producers, we should at least be able to hold them accountable for their unfair price fixing."

Grassley, who in part blamed Biden for hindering domestic oil production, said he intends to attach the bill as an amendment to the forthcoming National Defense Authorization Act.

But Giorgio Cafiero, CEO of Gulf State Analytics, a Washington-based geopolitical risk consultancy firm, told MEE that even if Nopec were to pass, it could backfire against the US.

"There is a risk of countries targeted by Nopec retaliating against US businesses. There is also the possibility of Nopec creating diplomatic problems for the US overseas," Cafiero said.

Ulrichsen noted that there could be better ways to focus on the countries in Opec directly responsible for the production cuts.

"That's something they could try to deploy against Opec as a sort of collective, but I think maybe the administration will also be thinking about what sort of leverage they can bring to bear on specific countries."

Saudi Arabia and the United Arab Emirates are two of Opec's leaders and hold huge sway over the group's decision-making. At the same time, both countries are close US partners in the Middle East and have extensive military and security ties with Washington.

Experts say these ties are the strongest form of leverage Washington has over Riyadh and Abu Dhabi, especially given that other countries like Russia and China cannot at this point match what the US has to offer.

"I would be surprised if Russia or China or anyone could even begin to replicate the full range of US security and defence capabilities," said Ulrichsen.

Congressman Tom Malinowski has led the charge in this respect, introducing legislation last week that would pull out all American troops and weapons systems from Saudi Arabia and the UAE.

The bill only has three cosponsors so it's unclear whether it would actually pass, but Ulrichsen said that even if the bill doesn't become law, getting a significant amount of bipartisan support could send a strong message to the US's Gulf partners.

"If it's made more clear that this is a bipartisan issue that Republicans and Democrats are adamantly opposed to what the Saudis and Emiratis are doing, that these are not the activities the US would expect from close partners, that could also increase the consequences of continuing to do what they're doing," Ulrichsen said.

"It could raise the cost - or the perceived cost - of acting in a certain way." 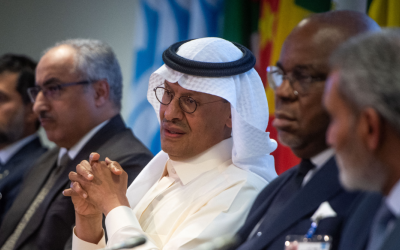 The idea of leveraging military support or withdrawing it all together has been presented by numerous top Democrats as a potential punishment for Saudi Arabia, with some lawmakers raising serious questions about the nature of the US-Saudi relationship.

Congressman Ro Khanna and Senator Richard Blumenthal announced they would be introducing similar bicameral legislation which would focus on banning all arms sales to Saudi Arabia.

A June study from the Government Accountability Office found that the US has provided at least $54.6bn of military aid to Saudi Arabia and the UAE between 2015 and 2021.

"By sharply cutting oil production, Saudi-led Opec is driving up gas prices and actively fleecing the American people. We need to be tough on them and immediately halt all US arms sales to Saudi Arabia. Let’s use our leverage," Khanna told Middle East Eye.

And in addition to Menendez's call for a freeze in cooperation with Saudi Arabia, Senator Chris Murphy said that "for years, we have looked the other way, as Saudi Arabia has chopped up journalists, has engaged in massive political repression".

"They chose to back up the Russians, drive up oil prices which could have the potential to fracture our Ukraine coalition. And there's got to be consequences for that," he said on CNN's State of the Union.

The Biden administration is also in the process of issuing an opinion on whether or not Saudi Crown Prince Mohammed bin Salman has immunity in a lawsuit filed against him by the rights group, Democracy for the Arab World Now (Dawn).

"That's something the US government could potentially try and leverage, although it's a judicial decision which may not necessarily be subjected to political interference. But the US could try to maybe leverage that," Ulrichsen said.

Can the US increase global oil supply?

Aside from introducing measures to punish Opec's leaders for limiting its production, other options to increase supply around the world appear to hold too much of a political cost for the Biden administration, experts have noted.

A revival of the Iran nuclear deal and the lifting of the oil embargo on Iran could flood the markets with Iranian crude. However, the ongoing talks continue to remain stalled and there is no clear return to the negotiating table at this point.

The US could also look to Venezuela, which has the largest proven oil reserves in the world, but like Iran, is under an oil embargo.

The Wall Street Journal reported last week that the US was exploring the lifting of oil sanctions on Venezuela, news that is being met with cautious optimism by investors despite US officials saying there will be no change in its policy towards Caracas.

"The US clearly has interests in tapping into what Venezuela has to offer in terms of oil, which is seen as an option for offsetting rises in oil prices against the backdrop of the crisis in Ukraine," Cafiero said.

However, the expert noted that "there is good reason to doubt how much Venezuela can do to change the equation, mindful of how the country has mismanaged its oil sector and how much US sanctions have harmed Venezuela". 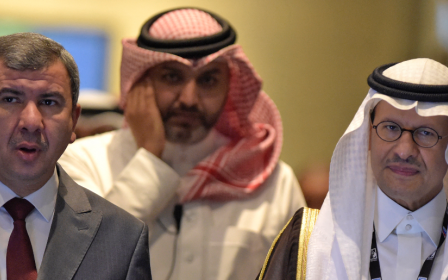 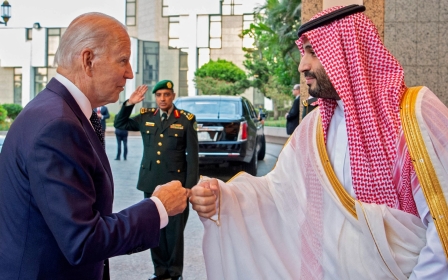 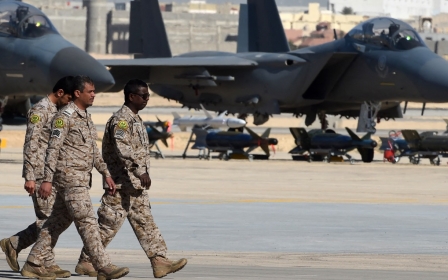