Pain of Nakba: Young Palestinians 'will never give up' dream of return

In Gaza, right to return to lands seized by Israel has become culture passed from elders to children through photos, stories and memories 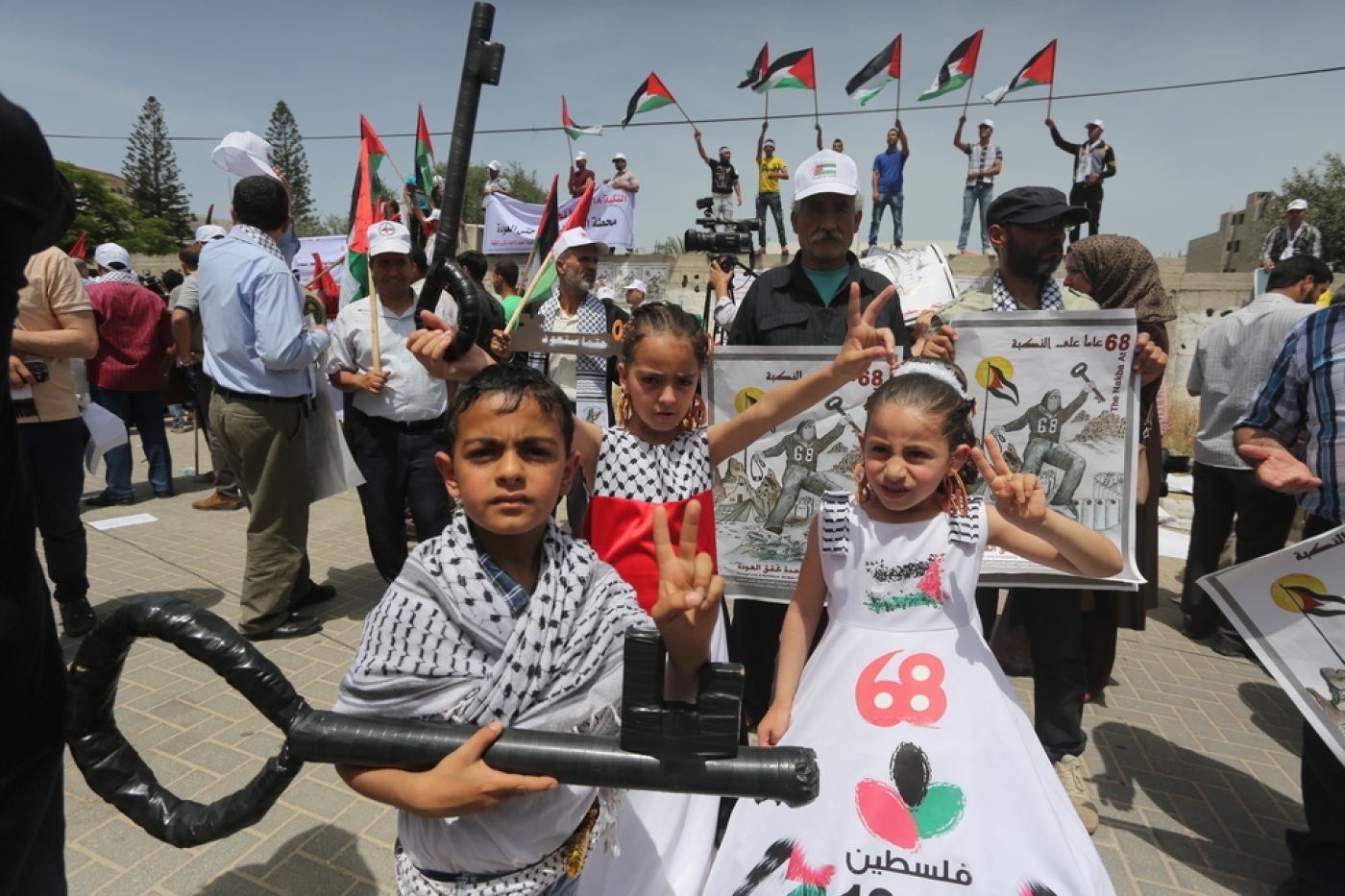 Children in Gaza attend events to mark the Nakba, with a key symbolising Palestinian homes and land seized by Israel (Mohammed Asad/MEE)
By
Mohammed Omer

The two children listened quietly to the spoken memories of their grandfather as the people of Gaza staged a mass rally commemorating the Nakba, or “catastrophe”, marking the 1948 mass expulsion of Palestinians from their ancestral lands amid the violence and turmoil of the creation of the state of Israel.

“Love your land, my grandchildren,” he said to them within the tent city which is now their refugee home, showing them original land documents dating from before 1948.

On the hottest day of the year so far, thousands had gathered to demand the right to return to their homes and lands, a right formally recognised by the United Nations

Those old enough to remember show the younger generation black and white photos of their ancestors’ homes and photos of relatives killed by Israeli troops, militias and gangs who were intent on expelling all non-Jews from Palestine.

Other photos show crops, orchards, water wells, livestock and the happy faces of people riding horses and camels enjoying freedom, dignity, education, and the right to work and earn.

Later they will march from the Unknown Soldier Square to the office of the United Nations in Gaza, chanting “We will return!”

Since 1948, Israel has forced millions of Palestinians into less and less space, with their mobility blocked and communities fragmented by fences and walls.

In that time, the number of Palestinians worldwide has also increased nine-fold to more than 12 million people at the end of 2015, according to the Palestinian Central Bureau of Statistics (PCBS).

Of those, an estimated 4.8m lived in the Palestinian territories, with 2.9m in the West Bank and 1.9m in the Gaza Strip. Refugees constitute about 43 percent of that population with 5.6m refugees registered with the UNRWA in 2015.

About 29 percent of Palestinians registered as refugees still live in camps, 10 of which are in Jordan, nine in Syria, 12 in Lebanon, 19 in the West Bank and eight in the Gaza Strip.

In these refugee camps, the “right of return” has become a culture passed from one generation to the next, with elders urging the children to hold tight to their right of return to family lands.

According to evidence collected by the PCBS, the Israelis seized control of 774 Palestinian towns and villages and destroyed 531 others during the Nakba. Up to 70 massacres in which more than 15,000 Palestinians were killed have also been documented.

Abu Fawzy continued to tell the story of how he was forced to flee, with his parents and siblings, from his house and farm in 1948.

One young man laughed. “You did not resist,” he said. But Abu Fawzy admitted they had no means of fighting.

“To fight with what? We were an unarmed state and the Jewish gangs had Britain behind them,” he explained, referring to how the UK, which had previously controlled Palestine had backed the creation of Israel.

While this year’s Nakba events have included the usual focus on lands lost and the right of return, they have also been used by some as an opportunity to call for Palestinian reconciliation and unified national strength.

“Sixty-eight years of the Nakba, and our people will never forget their homeland, Palestine,” Zakaria al-Agha, a senior Fatah leader, told crowds in Gaza City.

“We will return to it by using all methods, and the world shall know that we will never accept an alternative to our homeland,” he said, adding that no one had the right to give away Palestinian land.

But elsewhere in the city, factions had gathered to call for an end to Palestinian divisions, with the Fatah-dominated Palestinian Authority currently controlling the West Bank and Hamas dominant in Gaza.

Since intra-fighting in 2007, after Hamas won elections in Gaza, the two sides have gone through several rounds of talks without success.

“We were living with one Nakba, but now we have two,” said 21-year-old engineering student Nermeen Jarrar.

She explained that the Palestinian division had made people realise that the right of return could only be realised once Palestinians were hand in hand.

While Nakba rallies are organised by Palestinian communities around the world, in Gaza and the West Bank youths mark it by going to protest at the border fence with Israel.

But after the demonstrations the reality on the ground remains unchanged: camps remain impoverished and refugees continue to survive mainly on aid provided by UN agencies, while Palestinian land continues to be illegally occupied by Jewish settlers backed by Israel, which in turn enjoys the support and protection of the US.

“The refugee camps are getting more crowded - space is limited and we can only expand to the rooftops as Israel takes our land,” said Abu Mohammed Najjar, a 58-year-old from the Shati refugee camp, one of the poorest camps in Gaza.

“Some of the houses here are limited to 50 or 60 metres. No-one can afford to buy land, and if you have land and money, there is never enough cement allowed in by Israel, to re-build homes,” he added.

When asked where he would live if he could choose anywhere in the world, he replied: “Then it must be Joura.”

Joura is the village his family were forced to leave when Israel was created in 1948.

“Joura is still alive in the minds and hearts of my children, and now my grandchildren,” he said, sitting in a narrow alleyway.

“We have lived on memories and dreams for 68 years - elders will die, but the youngsters will never forget or give up. That is their right, to return.” 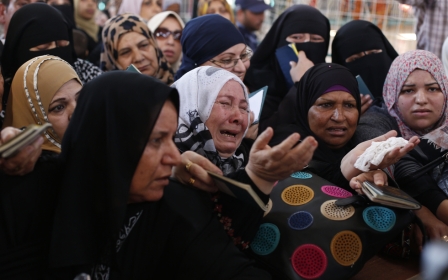 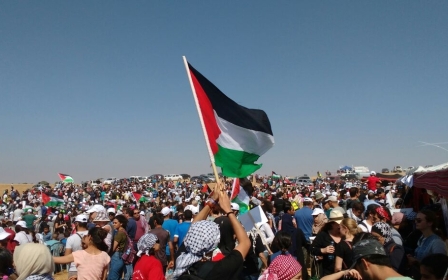 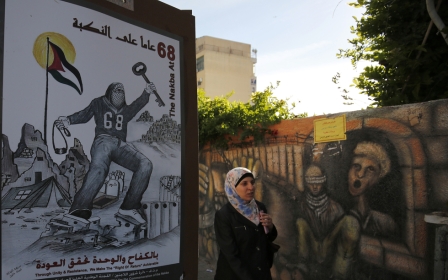