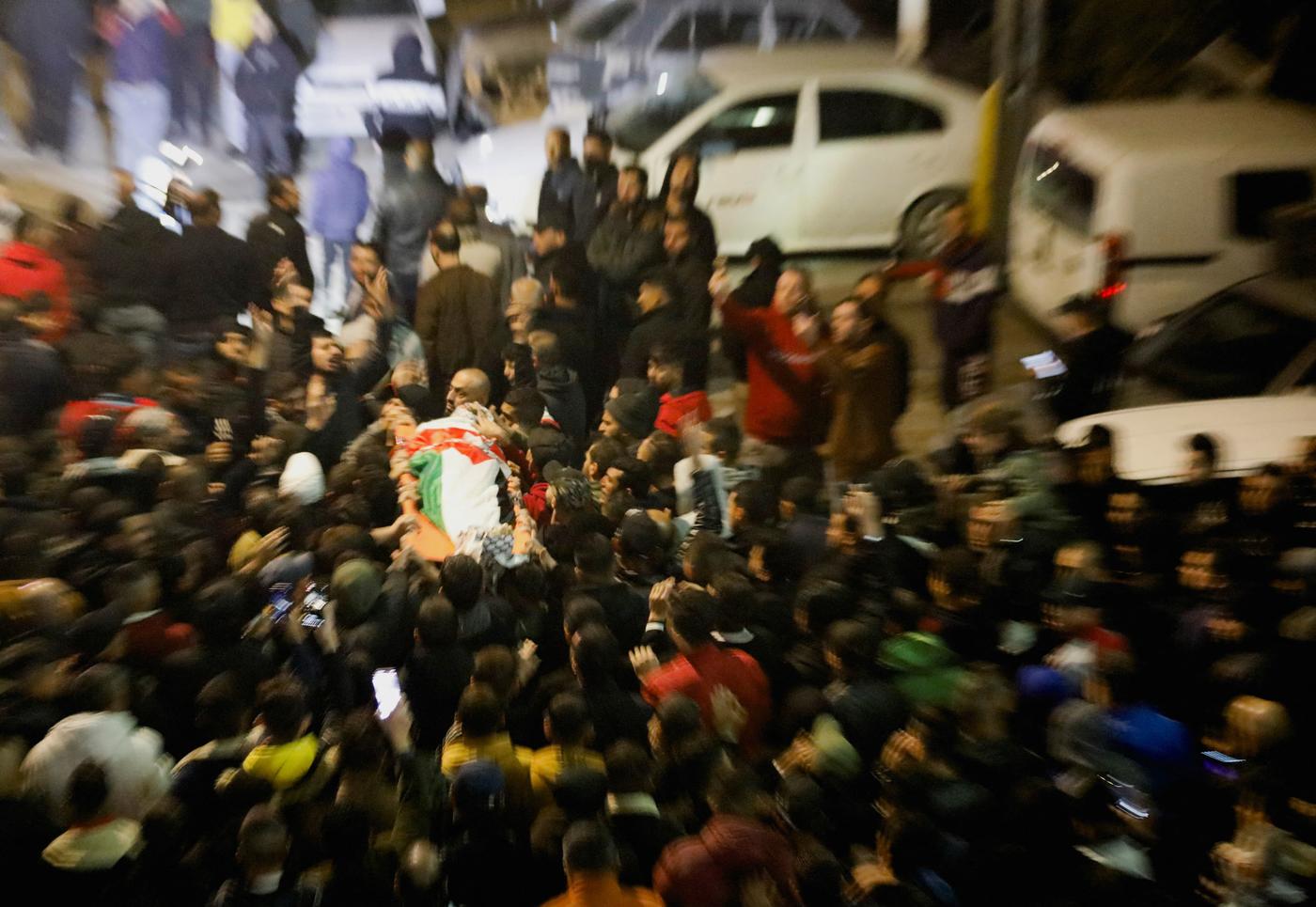 Mourners carry the body of Palestinian Jamil Abu Ayyash, who medics said was killed by Israeli forces in Beita in the occupied West Bank (Reuters)
By
MEE staff

The man sustained a gunshot wound to the head by Israeli forces in the northern village of Beita and succumbed to his injuries at a hospital in Nablus, the ministry said in a statement on Friday.

Palestinian media identified the victim as Jamil Abu Ayyash, 31, from Nablus in the West Bank.

Beita has been the scene of frequent protests since May, when dozens of Israelis began building a settlement outpost known as Eviatar, in violation of international law, on a nearby hilltop where many Palestinians have farmland and homes. 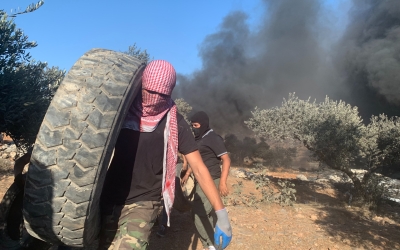 In July, Israel evacuated dozens of Jewish settlers from Eviatar after a deal was reached between a settler leader and the government of Prime Minister Naftali Bennett.

According to the deal, Israel would keep about 50 caravan houses installed on Palestinian lands belonging to the residents of Beita, while Israeli authorities decide whether the lands can be designated as "state-owned" and allow settlers to return.

Since May, Israeli forces have killed at least nine Palestinians with live ammunition during Friday protests and wounded hundreds more with rubber-coated steel bullets and tear gas canisters, Jibril said.

The Israeli army said in a statement that it was "aware" of reports of the death of a Palestinian, adding that a "violent riot was instigated in the area of the Givat Eviatar outpost, south of Nablus".

"During the riot, hundreds of Palestinians hurled burning tyres and rocks at Israel Defence Force and Israeli Border Police troops, who responded with riot dispersal means to restore order," said a statement from the military, according to i24 news.

Israel has occupied the West Bank and East Jerusalem since the 1967 Middle East war, and exponentially expanded settlements on occupied lands in violation of international law.

An estimated 650,000 Israeli settlers currently live in the occupied territories, while Palestinians are pushed out of these areas. Occupation
US support for Palestinian rights has shifted 'across the board', experts say 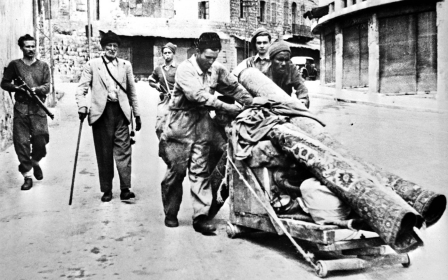