Israeli settlers, some masked and equipped with batons, attacked a Palestinian family in the South Hebron Hills on Saturday as they were working on their plot of land near an illegal Israeli settlement.

According to Israeli rights group B'Tselem, some 10 settlers attacked the Alyan family on Saturday morning near the settlement of Mitzpe Yair.

The parents were wounded by stones thrown at them and were evacuated to a hospital in Hebron, the group said on Twitter. 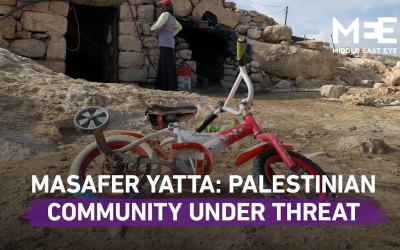 The Alyan family, which includes eight children, live in Um Lasafa, the same village as five Palestinian boys who were aggressively detained by Israeli soldiers earlier this month while foraging for wild vegetables, an incident captured on camera.

The video, which was widely shared online, has triggered widespread condemnation from activists, human rights groups, as well as US Congresswoman Betty McCollum.

Filmed by a field researcher with B’Tselem, the video was recorded in the Masafer Yatta area of the South Hebron Hills, which are home to dozens of clusters of Palestinian villages and enclaves as well as several illegal Israeli settlements and outposts.

The Alyan family own a plot of land near the Mitzpe Yair outpost, which they are regularly barred from accessing by settlers, B'Tselem said, adding that the family work on the part of their land that they can access every Saturday.

While all Israeli settlements are illegal under international law, outposts are established without even Israeli government approval.

According to UN data, there have been 2,913 incidents of violence or trespass by Israeli settlers against Palestinians in the West Bank since 2017.

At least six Palestinians have been killed by settlers during this period, and 454 have been injured, according to statistics at the UN's Office for the Coordination of Humanitarian Affairs. 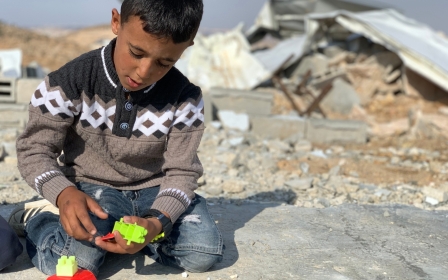 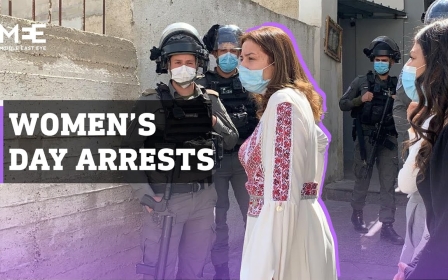 Occupation
'They were just picking vegetables': Israel condemned over arrest of Palestinian children