From fleeing her home during the Nakba to becoming her university's oldest student, MEE speaks to Jihad Battu about her awe-inspiring journey If there’s one thing that stands out about Jihad Mohammad Abdallah Battu, it’s her unrelenting perseverance.

This week, the 85-year-old from al-Mujaydil in Palestine graduated with a bachelor’s degree from Kafr Bara’s university of Islamic studies.

As the oldest student in the history of the college, Jihad’s story garnered widespread attention across social media platforms, with scores of people sharing her image.

85-year-old Palestinian grandmother Jihad Battu from Nazareth in occupied Palestine has just graduated from university and got a BA in Islamic studies!
Battu had stopped school at grade 5 following the Palestinian Nakba in 1948, and insisted on resuming her studies in her 70s. pic.twitter.com/dhWdjkN2VI

However, her awe-inspiring life did not have the easiest of beginnings. With the start of the Nakba, the forced expulsion of Palestinians from their homeland in 1948, Jihad along with her mother and siblings were forced out of their village of al-Mujadil.

The Battu family was forced to re-settle six kilometres away in Nazareth.

The journey was fraught with danger. At one point the family miraculously escaped death when they survived the bombing of a cave in which they had taken shelter.

'My husband never disapproved and my children were among my strongest encouragers,'

The family’s forced evictions also took a toll on the familial structure. Jihad’s father refused to leave his home, preferring victory in al-Mujadil or death on its land.

From that point on, Jihad’s education was unstable. The school doors in Nazareth were closed for two years following the Nakba.

Finally, in the third year, Jihad was able to return to school and even skip fourth grade due to her advanced capabilities.

This did not last long. At this point, her mother’s health quickly deteriorated, leaving Jihad with no choice but to stay at home, taking care of the housework, and raising her younger siblings.

God granted me a strong memory

“I do not have any hard feelings about the circumstances which prevented me from graduating in my youth as I know that God does not test a person more than they can handle. I know that God granted me with a very strong memory so I can achieve whatever I want,” she told us.

At the age of 14, Jihad’s perseverance was in full force. She decided to continue education by secretly enrolling in advanced classes in a range of subjects.

But again this was short-lived. When her mother found out, she decided the only solution was for Jihad to get married. At this point, she was seventeen years old.

Luckily, Jihad’s husband was supportive and didn’t mind her pursuing education. Because of this, she was able to attend Quran and Islamic studies lessons at her local mosque.

Then finally she decided to enter university at the age of 85 to earn a degree in Islamic Studies, graduating on 25 September.

Jihad’s immediate family was nothing but supportive of her decision.

“My husband never disapproved and my children were among my strongest encouragers,” she told MEE.

“I instilled in my children the love of learning up until they graduated and were able to build successful careers.”

In turn, Jihad’s children repaid the favour, motivating their mother to finally pursue her lifelong dream.

“They met me with appreciation and gratitude, accompanying me on my journey and providing me with all the support I needed until I graduated,” she says.

With all the buzz online regarding Jihad and her inspiring story, we wondered what her reaction was to it all.

She told MEE that she was never expecting such a response. In fact, she had previously held a negative view of social media.

“However, what happened to me left me with a positive impression that there are many people around the world who believe in the abilities of the elderly and their aspirations and successes are not negated.”

According to Jihad, knowing that you don’t get a second chance in life spurred her on to go to university.

Confident in her mental capabilities and her determination to achieve anything she set her mind to, she never once looked back.

For those in similar circumstances to those faced by Jihad in her youth, she reminds them that “sadness and regret for the past do not change the future.

"As long as a person can breathe, it is not too late for them to achieve their dream. And remember, your dreams are not handed to you on a silver platter. You have to strive and do your best to succeed.” 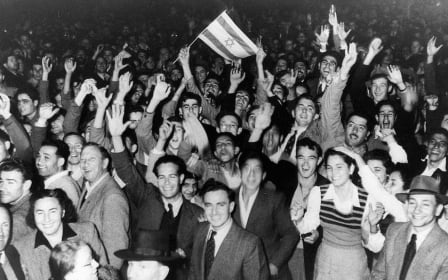