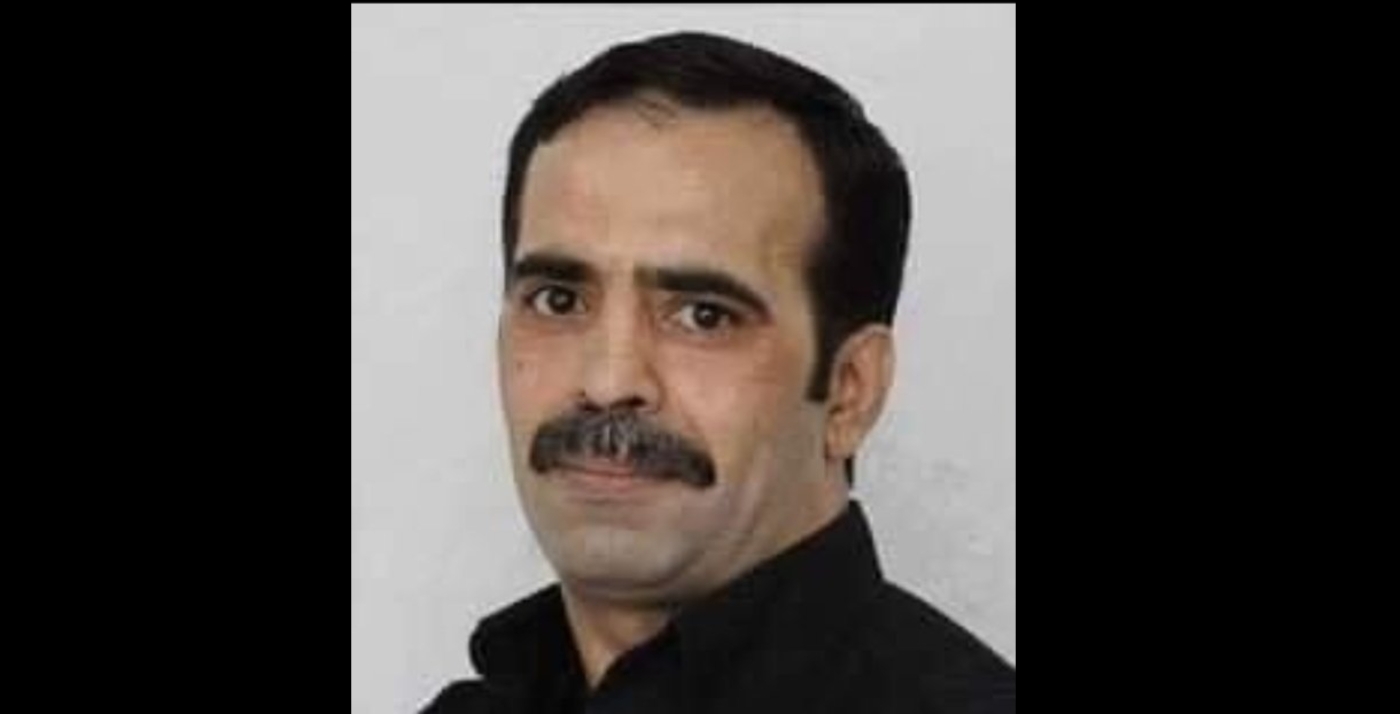 Khatib, who died of a heart attack in Ofer prison on Wednesday, was 45 years old (Social media)
By
MEE staff

A Palestinian prisoner died of a heart attack in Israeli custody on Wednesday night, only a few months before the end of his 18-year sentence, Palestinian media has reported.

Khatib was due to be released on 4 December, after being sentenced to 18 years in prison for his involvement in anti-occupation activities as a member of the Fatah movement.

The Palestinian Committee of Prisoners' and Former Prisoners' Affairs said fellow inmates at Ofer protested after learning of Khatib’s death, banging on doors and chanting. Israeli prison officers then reportedly raided the cells and put 10 prisoners in solitary confinement. Khatib’s death has reignited calls for Israeli prison services to be held accountable for its medical neglect of jailed Palestinians.

According to PPS, Khatib had a heart attack in 2017, in Israeli custody. Palestinian news agency Ma’an reported that the prisoner underwent open-heart surgery shortly thereafter, but that difficult living conditions in prison, combined with the grief of losing both his parents while behind bars, had an adverse effect on his health.

According to Palestinian prisoners' rights organisation Addameer, 4,500 Palestinians were imprisoned by Israel as of July. The Committee of Prisoners’ Affairs estimates that 225 Palestinians have died in Israeli custody since 1967.

While medical negligence has long been denounced by Palestinians, the coronavirus pandemic has further stoked concerns about the health of those detained behind bars. In July, Israel's Supreme Court sparked further condemnation after it ruled that Palestinian prisoners have no right to social distancing protection against the coronavirus.

Wafa reported that it remained unclear whether Khatib’s body would be returned to his family for burial, as Palestinians’ bodies are regularly withheld by Israel as prospective bargaining chips.

On Wednesday, the Israeli security cabinet passed a motion to confiscate the bodies of all slain Palestinians accused or suspected of staging attacks on Israelis, regardless of their political affiliation or whether the alleged attack led to any Israeli casualties.

This policy contravenes international law, with the Geneva Convention stating that parties of an armed conflict must bury each other’s dead honourably. Occupation
‘Nour was returned to us dead’: Mystery surrounds death of Palestinian prisoner Covid-19
For Palestinians, solidarity amid pandemic invokes spirit of the intifada