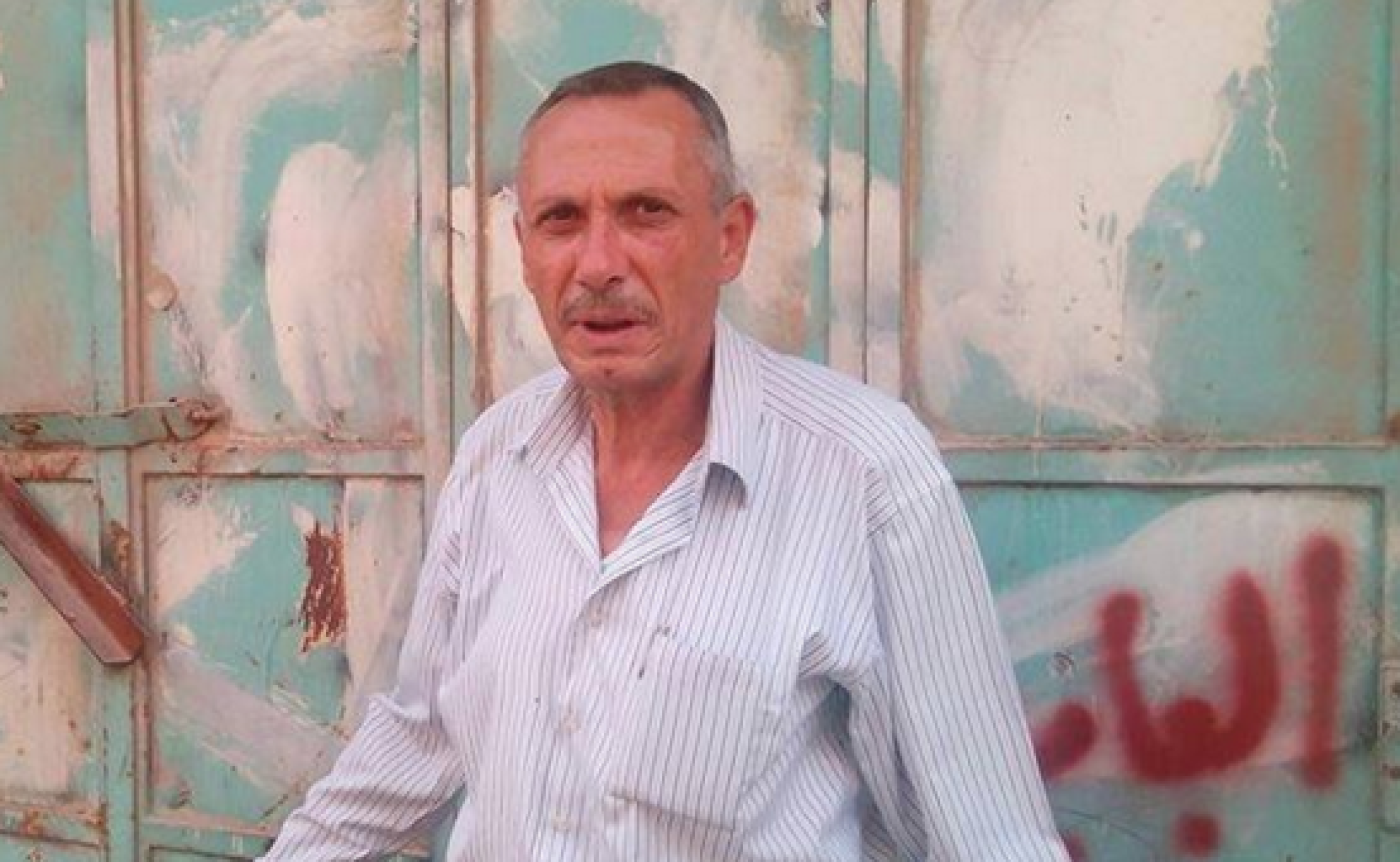 The man, Hashem al-Azzeh, was a resident of the Tel Rumeida neighbourhood of Hebron, an area surrounded by Israeli settlements.

Azzeh was well-known by journalists and international visitors for his determination to remain on his land, despite regular and sometimes violent run-ins with Israeli soldiers and settlers.

Just last Saturday, as news emerged that an Israeli settler had shot an 18-year-old Palestinian dead in Hebron, Azzeh spoke to MEE about the challenges local Palestinians were facing.

"The settlers feel confident that they have a free pass to kill Palestinians here," he said. "We have asked the soldiers to help stop the settlers, but they said it’s not their role and that we should leave the city."

On Thursday, thousands of mourners turned up to his funeral to pay their respects, many driving from around the country to attend.

Maan News Agency reported that Azzeh suffered from tear gas inhalation in the Bab al-Zawiya area of the city and was rushed to a local hospital where he was pronounced dead. Palestinian medics told Maan that Azzeh had a history of cardiac disease.

However, since Israeli forces do not allow ambulances into the closed off area near his house, Azzeh made his way to Bab al-Zawiya in order to find transportation to a hospital.

But intense clashes had broken out between local Palestinian youths and Israeli forces in the area, and Azzeh began "suffocating" from tear gas that soldiers had fired at protesters, Halaby told MEE.

He was finally picked up and brought to the hospital, but didn't survive, she added.

The clashes in the area came after two Palestinian teenagers were shot dead in the city on Tuesday evening following an alleged stabbing attack on an Israeli soldier.

An Israeli army spokeswoman told MEE she was familiar with reports of Azzeh's death, but said the military was in no way responsible and that he died of heart failure.

'There's no clinic, no ambulance'

Earlier this year, Middle East Eye interviewed the 54-year-old Hebronite, who told of a harsh life under Israeli occupation and pointed out the danger of living in an area that ambulances could not reach. To try and compensate for the lack of medical attention, Azzeh completed a first aid course and used to teach others in the community how to be first aid responders.

“The Palestinians become crazy from this situation," Azzeh told MEE in March. "In order to get to your house, you need a permit, you need all your baggage checked. You can’t drive a car. There’s no clinic, no ambulance. You are harassed by soldiers all the time."

Azzeh's freedom of movement was limited by Israeli checkpoints and road blocks. A street near his neighbourhood, Shuhada Street, was closed in 1994 to Palestinians in the aftermath of the Ibrahimi Mosque massacre of 1994, in which a hardline US-born Israeli settler murdered 29 Palestinian worshippers and injured 125.

The closure of the street - once a major thoroughfare in the city - led to Azzeh being confined to the Israeli-controlled H2 area, and to him losing a job he had with the UN, he told MEE in the interview.

The heavy Israeli military and settler presence in Hebron "affects us in every way," Azzeh told MEE. "Psychologically, socially, economically, in our families and community."

His wife, Nisreen, added: “The settlements mean our kids are stuck at home, and there’s no place for them to play. The settlers attack us regularly. The soldiers detain us for a long time at the checkpoint. All of these make like a kind of eviction – they’re trying to make us leave by ourselves.”

A video posted on YouTube shortly after his death on Wednesday shows Azzeh in 2011 talking about Israeli settler attacks on his family.

Halaby, the IMEMC spokeswoman, knew Azzeh personally as the man was often a local source for the news organisation's reports.

"The reason Hashem’s story has resonated with the journalist community is because of his incredible will power," she told MEE.

"He had a really dynamic personality. ... He previously worked with the United Nations, he had a young family, and he lived with constant harassment by settlers and the Israeli army," Halaby said.

"One time, he lived without water for three years after Israeli settlers cut his water pipes," she said. In another incident, "the Israeli military built an outpost on the roof of his brother's house".

She added that the Israeli government had offered Azzeh's family money to move out of his house in the Tel Rumeida neighbourhood, in an effort to make room for Israeli settlers.

"The Israeli government offered him quite a sum of money. So many others took the money and left, but Hashem stayed."

A number of social media users who knew or were familiar with Azzeh mourned his death on Twitter.

So sad to hear of the passing of Hashem al-Azzeh, suffocated by dense Israeli teargas in Khalil. Sumud personified. https://t.co/yIvScn0AHs

If you've ever been to #Hebron, you may know this wonderful man Hashem al-Azzeh, who died today.May he rest in peace https://t.co/Knt3yEeTKZ

MEE's Bethan Staton, who conducted the interview with Azzeh in March, said: "Hashem was well known and loved among internationals and local people in Hebron."

"He had lived at the sharp end of the occupation for his whole life, but remained absolutely loyal to the importance of remaining in his home," Staton told MEE.

As a wave of violence continues in the occupied West Bank and Jerusalem, in which at least 47 Palestinians and nine Israelis have been killed, Halaby says Azzeh's death hits especially hard because of his work as a peace activist.

Attacks where Palestinian youth have stabbed Israeli soldiers come "out of desparation," Halaby told MEE. But Azzeh was steadfast in the face of desparation, she said.

"Now he's dead, but his determination will live on." 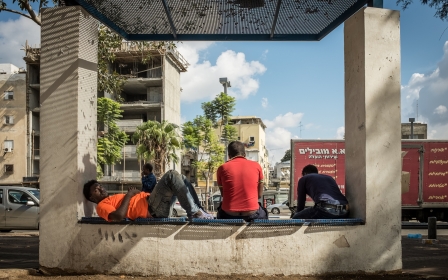 Inside Israel
Israel arrests four over lynching of Eritrean immigrant 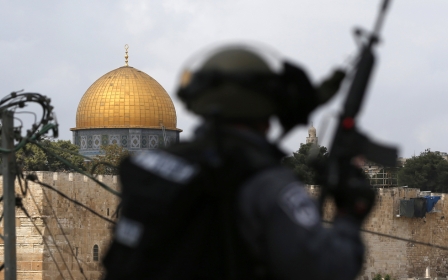 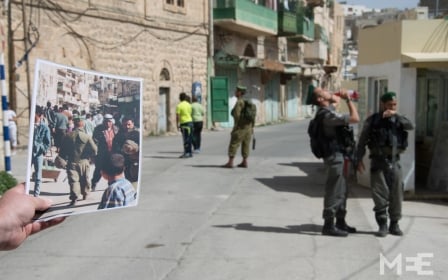