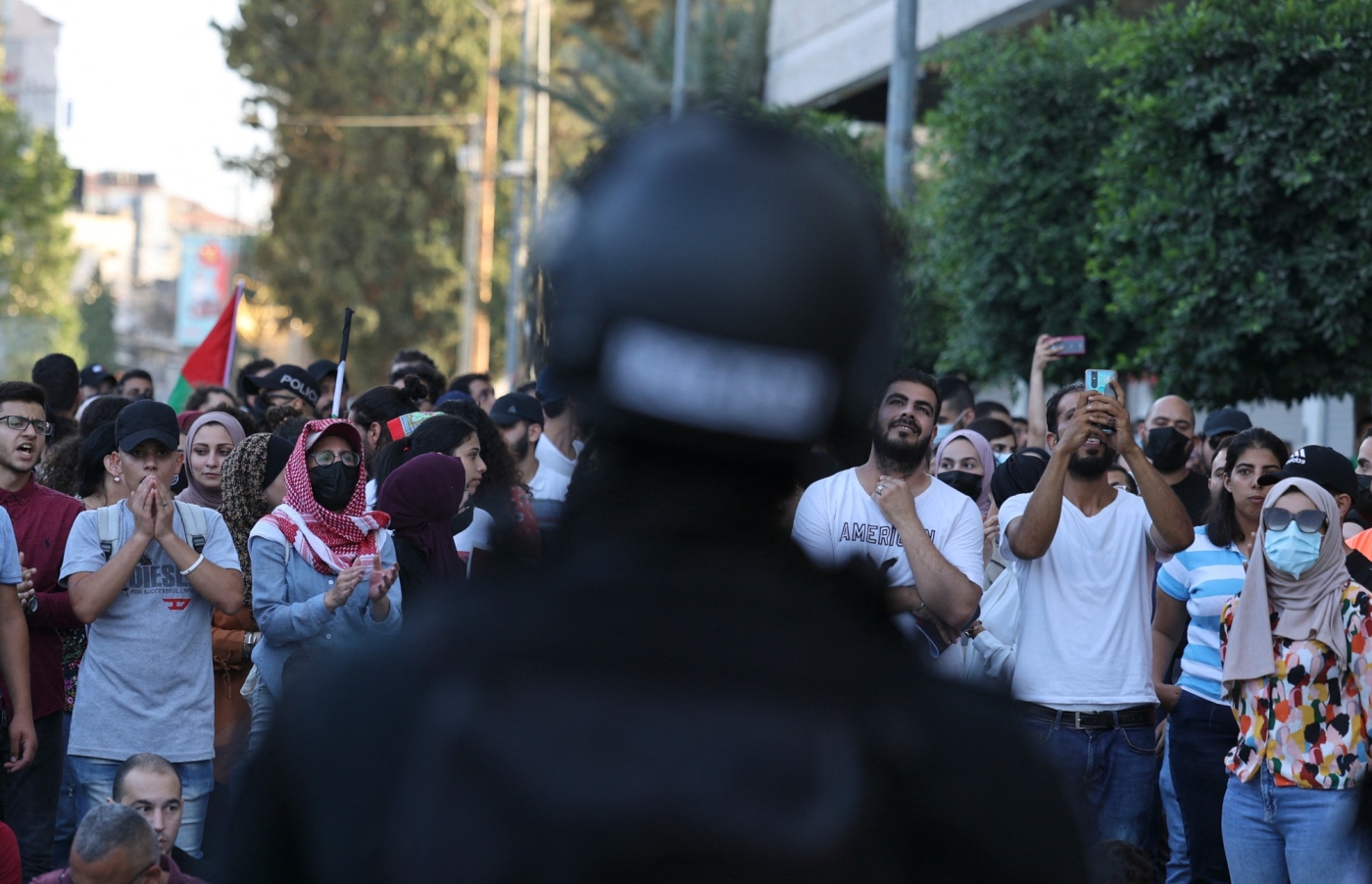 Demonstrators rally in the occupied West Bank city of Ramallah on 3 July 2021 for a protest denouncing the PA following the death of activist Nizar Banat (AFP/Abbas Momani)
By
Shatha Hammad
in
Ramallah, occupied West Bank

Palestinian Authority (PA) forces arrested a Palestinian lawyer and three activists in front of the courts complex in the occupied West Bank city of Ramallah on Sunday morning, amid heightened tensions over the PA's targeting of activists and demonstrators.

Sunday’s arrests occurred while a hearing was underway for activists who were arrested a day earlier over their political activism and their participation in a protest in Ramallah against the PA. Karajah had been heading to the court to represent activist Ghassan al-Saadi, as well as to follow up on the summons of another activist, Alaa al-Rimawi, over a speech he gave at the funeral of the Nizar Banat, a popular and outspoken activist who died in PA custody on 24 June.

Banat’s death has sparked a wave of protests across the West Bank against the PA and calls for President Mahmoud Abbas, who has been in power for 16 years, to step down.

Thafer al-Saaydah, a member of Lawyers for Justice, told Middle East Eye that Palestinian security personnel suddenly pulled Karajah aside when he entered the court, arrested him without providing a warrant, and transferred him directly to police custody instead of the public prosecutor.

Three activists were meanwhile detained while participating in a vigil in front of the court to express their disapproval at the arrest of activists. Two of them were identified as Jihad Abdo and Izzeddin Zarour, while the third has yet to be named.

Saaydah stressed that he and other members of Lawyers for Justice have been targeted by the PA in the past year and threatened with arrest for their legal and human rights activities - threats that have only intensified in recent weeks.

On Saturday, Ramallah saw thousands of Palestinians taking to the streets to denounce the role PA forces played in Banat's death, as well as to reject security forces’ crackdown on previous protests in memory of the activist.

PA forces had erected checkpoints at the entrances of Ramallah to prevent Palestinians from joining the demonstrations. Plainclothes security personnel also closed Jerusalem Street, one of the main roads in Ramallah, and obstructed the passage of vehicles there.

Security forces also prevented demonstrators from moving towards the presidential residence by setting up barricades in the street.

In recent weeks, PA forces have been accused, among other things, of deliberately targeting women journalists covering the demonstrations, beating them, breaking their cameras, and threatening them with rape. Palestine state
Who was Nizar Banat, the outspoken critic who died in Palestinian Authority custody? 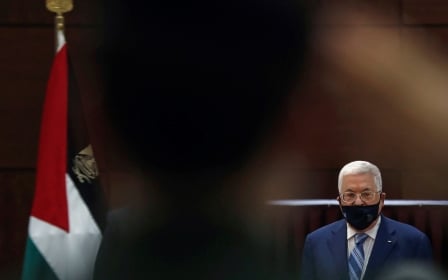