For 50 years these communities have remained steadfast, despite constant military drills and attacks by nearby settlers 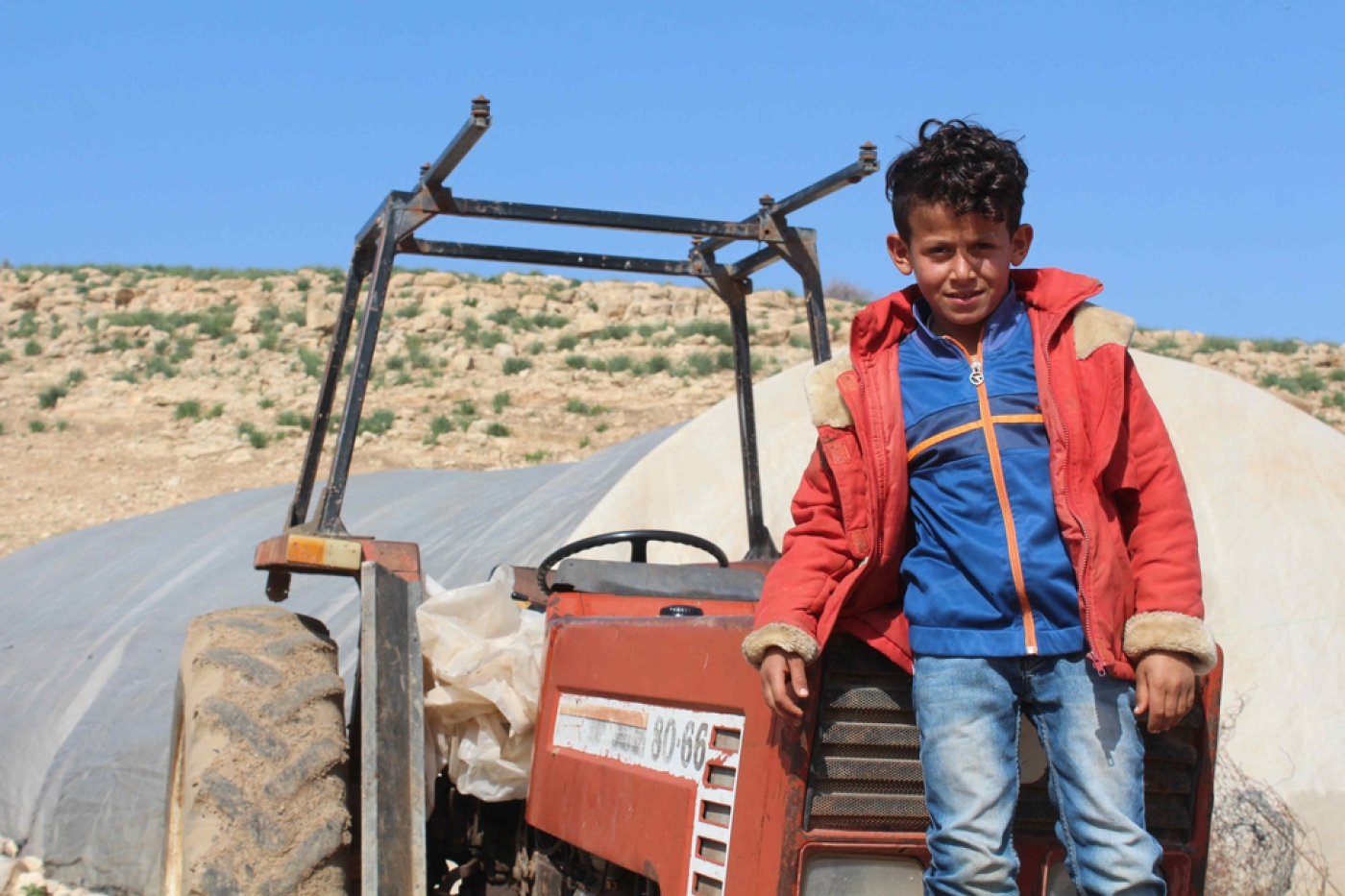 JORDAN VALLEY, occupied West Bank - On a concrete slab placed at the entrance to Khirbet Faw, home to a small Bedouin community, the Israeli army has written: “Firing zone… entry is forbidden”.

It's a familiar sight for Bedouin in the northern Jordan Valley. For 50 years, the Israeli army has been writing the same warning at the entrances and in the vicinity of 23 Palestinian Bedouin communities there.

Since 1967, when Israel captured and occupied the West Bank, the area has been caught between military exercises, six army bases and nine illegal Israeli settlements.

Israeli authorities have, since the occupation began, shown great interest in the northern Jordan Valley, which is rich in water resources and fertile plains.

Shortly after the West Bank was captured, the first Israeli military base there, “Nahal”, was established in the northern Jordan Valley. Israeli settlers also built the first settlement in the West Bank in the area, named “Nakhula”.

At present, the number of settlers stands at about 3,500. Meanwhile, some 11,000 Palestinians live in the area, often rattled by the military's presence and settler violence and animosity.

“We told my father not to go near it. They always leave bombs and bullets in the area, and we are always afraid that they will blow up and kill us.”

Awad dreams of being an Arabic teacher. His ambition encourages him to travel a few kilometres every day to school in the Ain al-Baida area, along with 20 other children from his community.

Musa, another child, stands with his hands in his pocket, looking out across the community. He says he fears another attack by Israeli settlers, which usually include the theft of his family’s sheep.

I am not afraid, but the rest of the children are, especially when the army raids our tents in large numbers

Suddenly shots are fired nearby – the sounds of a military exercise – and the rest of Khirbet Faw’s children gather around.

“I am not afraid, but the rest of the children are, especially when the army raids our tents in large numbers and comes with their bulldozers to carry out military drills in the area,” says Musa.

In light of the increasing Israeli army manoeuvres in the area, Musa and the rest of the children have been consistently missing school. The army often imposes curfews on the residents, and evicts them from their homes for periods that last up to four days.

“When I got on a bus, the settlers came and seized my wheelchair. I no longer have a wheelchair and I can barely move without it,” Bisan Awad tells MEE.

The Khirbet Faw community has been confronted by near-daily Israeli army and settler assaults over the past 40 years. On several occasions, the army dismantled many of the community’s tents and continues to hand them demolition orders.

According to Aref Daraghmeh, a human rights activist specialising in the Jordan Valley, the lack of support and solidarity with the community has threatened their ability to stay in the area.

When I got on a bus, the settlers came and seized my wheelchair. I no longer have a wheelchair and I can barely move without it

In 1979, Israel transformed a nearby military base into a settlement, called Maskiot, housing some 100 settlers.

“The settlers that live here are very hostile. They chase the families of Khirbet Faw while they graze their livestock and poison the sheep or steal them. They detain the youth for long hours, beat them and insult them,” Daraghmeh tells MEE.

The other communities in the area says Daraghmeh, face the same ordeal.

“About 10 settlers live in the settlement of Swaida in nearby Khirbet Hamad. With their weapons, they control an area of 30,000 dunums, under the protection of the Israeli army,” he says.

“In contrast, there is no one to support the Palestinians here who have no choice but to remain steadfast.”

Israeli efforts to expunge the northern Jordan Valley of its Bedouin inhabitants have been continuous since the occupation began.

In 1967, the Israeli army destroyed the community of Khirbet Samra, and forcibly expelled 50 families. Today, only six Palestinian families remain there, surrounded by three settlements. Some 60 percent of the community’s lands has been confiscated for military exercises.

The residents of the area depend on raising and grazing livestock. But according to Daraghmeh, they are only allowed to manoeuvre in about 30 percent of the territory. The communities also lack basic services such as electricity, water or even healthcare.

“If someone is sick, they must go to Tubas town, which is 40 kilometres away,” Daraghmeh says.

The Federation of Agricultural Work Committees, a Palestinian NGO, recorded that between April and December 2018 the Israeli army and settlers carried out some 170 assaults, violations and infractions against Palestinians in the northern Jordan Valley.

These included the establishment of seven new illegal settlement outposts on agricultural lands, demolition of homes, confiscation of vehicles used for farming, evicting residents from their homes during military exercises and preventing them from grazing their livestock, as well as the theft and killing of cattle, and the destruction of farming land.

Damage to the land

Muayyad Bisharat, the director of programmes and projects at the Union of Agricultural Work Committees (UAWC), says the military training carried out by the Israeli army in December 2018 in the villages of Tayasir and Aqaba in the northern Jordan Valley resulted in extensive damage to the farmers’ lands.

However, according to Muayyad, the drills that take place in the summer are more dangerous. He says that every year, Palestinians lose their crops when the army shells the land, causing big fires to spread.

With funding from foreign sources, usually the European Union, the UAWC has since 2009 managed to strengthen its aid projects in the northern Jordan Valley.

The organisation has managed to install irrigation pipelines; raise the capacity of agricultural cooperatives to supply refrigerated trucks for agricultural use; renovate soil ponds and storage houses for packing vegetables, dates and potatoes; and provide legal help to farmers to prevent Israel from seizing their lands.

But Palestinian farmers in the northern Jordan Valley believe that both governmental and non-governmental help is insufficient to cope with the deterioration of living conditions as a result of Israeli policies.

They warn that this will lead to their displacement, and accuse the Palestinian Authority of not allocating a sufficient budget for them or providing legal or political support.

Ali Mohsen, 75, lives with his children and their families in the small community of Khirbet al-Farisiya in the Ain al-Helweh area east of Tubas. His family owns 400 heads of livestock, dependent on them for a basic source of livelihood.

He tells MEE that the confiscation of lands the Bedouin live on for building settlements and carrying out military exercises has forced him to put his livestock in pens and feed them barley and fodder – which is expensive for him as a farmer.

Mohsen says that he has received promises from the Palestinian agriculture ministry that the tax on barley, with which he is feeding his livestock, will be lifted. But that nothing has been implemented so far.

“The Palestinian government has not offered us anything to stay on our lands… We live without the basic necessities of life. We live without electricity, we buy water and carry it, often with the Israeli army confiscating the water tanks we buy and handing us costly fines,” Mohsen says.

But the PA official in charge of the Jordan Valley file, Mutaz Bisharat, says that the government provides legal aid to the Palestinians in the area, and particularly those who have received confiscation and demolition orders.

After any demolition is carried out, the Tubas governorate and the Palestinian committee for the wall and settlements cooperates with international actors to rebuild tents and pens, as well as providing seeds for the farming of lands under threat of confiscation.

“Palestinians need more support to resist such colonial practices by the Israeli army in the northern Jordan Valley,” Bisharat tells MEE, saying that at least three Palestinians were killed in 2017 due to remnants of ammunition from military drills.

For now, he says that the Palestinian Authority has prepared a file on the violations against residents of the area, and submitted it to the International Criminal Court. 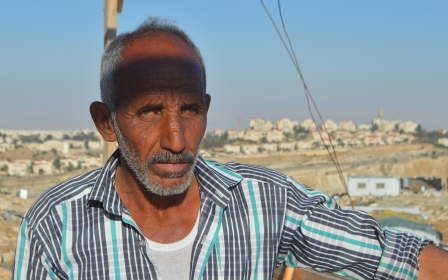 Occupation
VIDEO: 'We refuse to give in': Bedouin of Jabal al-Baba fight to stay on the mountain