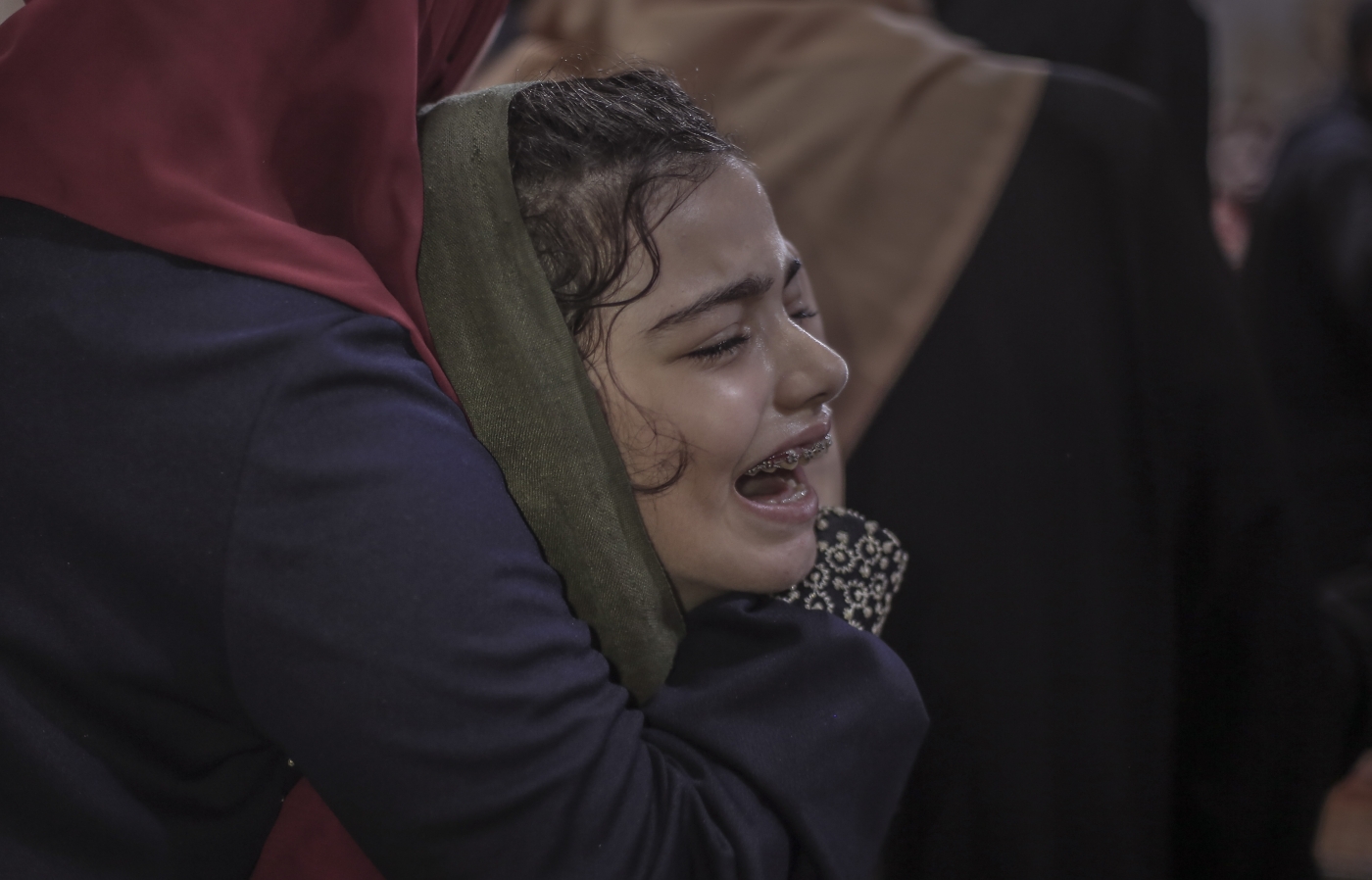 A girl mourns the death of her father Khaled Farraj who was killed in an Israeli airstrike, 13 November 2019. (Sanad Abu Latefa/MEE)
By
MEE staff

At least 24 Palestinians have been killed by Israeli air strikes on Gaza, including a father and his two sons, as the military continued its air campaign for a second day Wednesday.

The latest flare up was triggered by Israel's assassination of a top member of the Islamic Jihad on Tuesday morning, and is showing little sign of easing. 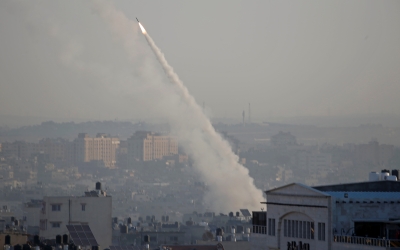 The enclave's ministry said 69 people had also been wounded during the bombardment.

Some of the bodies of those killed in Gaza City were brought into Shifa hospital in taxis and ambulances early on Wednesday. Medics and witnesses said they were civilians who lived in densely populated neighbourhoods.

A father and his two sons were killed by an air strike while on a motorcycle, an eyewitness told Middle East Eye, adding that they had just reached their home when the attack took place.

The father was a farmer with no political affiliations and was coming back from his field, the eyewitness said.

"They started this, we did not want war," said one grieving relative.

Islamic Jihad confirmed that two of its fighters were killed in separate strikes south of Gaza City during the morning. It identified one of the men as Khaled Farraj.

The Israeli military said it had carried out a series of strikes on Islamic Jihad targets on Wednesday in response to new rocket fire from Gaza.

It said one of the targets was a rocket launching squad which it hit.

Air raid sirens sounded in the Israeli towns of Ashkelon and Netivot near the Gaza border.

Since Israel's targeted killing of Islamic Jihad commander Baha Abu al-Atta on Tuesday morning, at least 220 rockets have been fired at Israel from Gaza without causing any deaths, the military said.

Israeli air defences intercepted 90 percent of the rockets, it added.

Abu Musaab al-Breem, spokesman of Al-Quds Brigades, the armed wing of Islamic Jihad, said: "What’s going on is retaliation for the assassination of Abu al-Atta and is coordinated by all Palestinian factions."

Israel's Prime Minister Benjamin Netanyahu, who ordered the assassination, on Tuesday accused Abu al-Atta of masterminding recent attacks against Israel and planning more in the near future.

"They have one choice: to stop these attacks or absorb more and more blows. Their choice," Netanyahu said at the start of a cabinet meeting, adding that Israel was not seeking a further escalation.

A diplomatic source told the Reuters that the UN Middle East envoy was on his way to Cairo to begin mediation to end the violence. 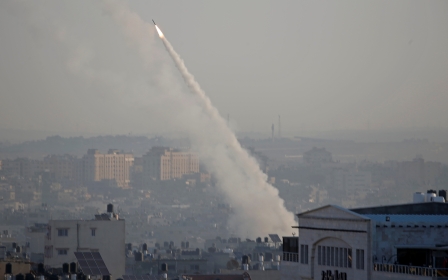 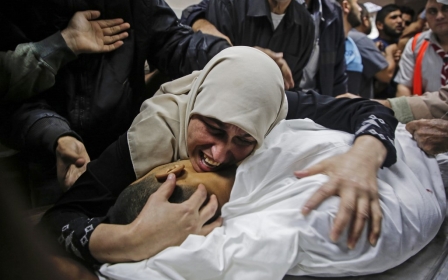 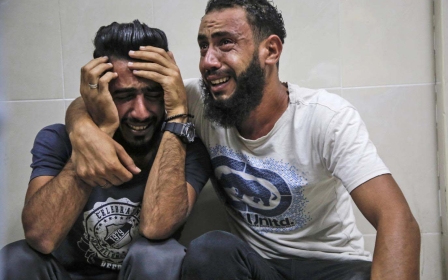