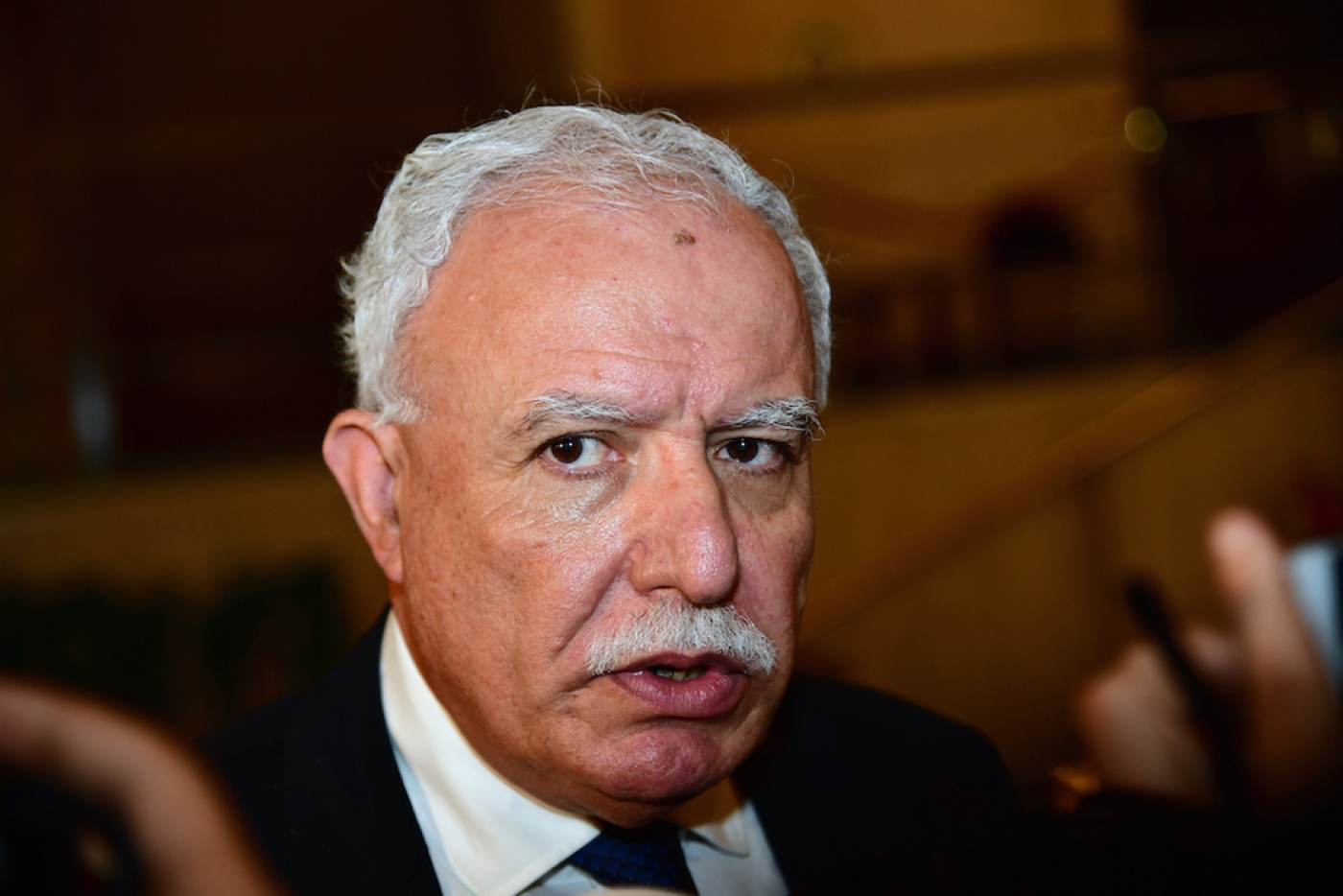 Palestinian Foreign Minister Riyad al-Maliki was set to arrive in the Netherlands later Monday ahead of talks with the chief prosecutor of the world's only permanent war crimes court.

Maliki will meet with prosecutor Fatou Bensouda on Tuesday morning just over a week after 62 Palestinians were killed by the Israeli military as they protested the United States' decision to move its embassy from Tel Aviv to the disputed city of Jerusalem.

Maliki will update Bensouda on the situation in the occupied Palestinian territories and also "submit a referral" on the issue of Jewish settlements during their talks at the International Criminal Court, the Palestinian embassy in the Hague said in a statement.

Afterwards, Maliki will hold a press conference outside the court. He will also meet later on Tuesday with Dutch counterpart Stef Blok.

Bensouda vowed last week that she was watching the unrest in Gaza closely and would "take any action warranted" to prosecute crimes.

"My staff is vigilantly following developments on the ground and recording any alleged crime that could fall within" the tribunal's jurisdiction, she warned in a statement to AFP.

"The violence must stop," she insisted, urging "all those concerned to refrain from further escalating this situation and the Israel Defence Forces to avoid excessive use of force."

The Palestinian Authority joined the ICC in January 2015, signing up to the Rome Statute which underpins the world's only permanent war crimes court.

The Palestinians asked the prosecutor to investigate alleged crimes committed in the Palestinian territories in the Gaza war the previous year, and Bensouda opened her inquiry just a few days later.

The preliminary examination, which comes ahead of a full-blown investigation, continues.

Hundreds of Palestinian citizens of Israel demonstrated on Saturday evening in Haifa in solidarity with Gaza, an AFP reporter said.

Protesters shouted "down with the occupation, stop fascism" and denounced the arrests on Friday of 19 people during a previous rally held in solidarity with Gaza residents.

They waved four large letters in bright red, making up the word "Gaza" and chanted slogans including "Jews and Arabs, we are not enemies".

At least 119 Palestinians have been killed by Israeli troops on the border between the Gaza Strip and Israel since mass demonstrations started on 30 March, according to authorities in Gaza.