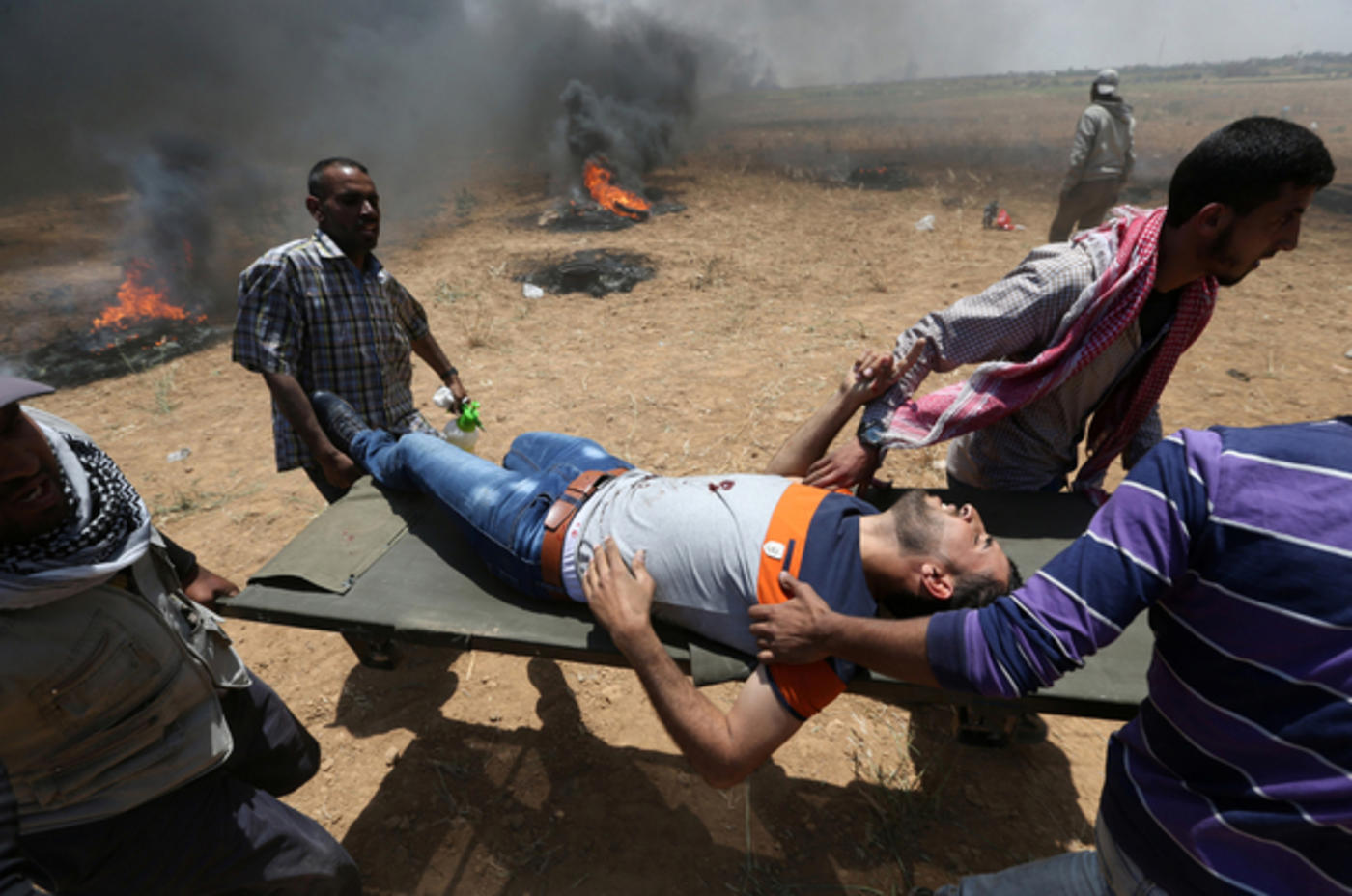 A Palestinian was killed by Israeli tank fire into the northern Gaza Strip on Monday, the Hamas-run health ministry in the enclave said.

It named the dead man as Mohammed al-Rudeia, 30, and said another man was wounded.

An Israeli army spokeswoman told AFP that two Palestinian men tried to breach the border fence with the "intention" of carrying out an "attack".

It said the pair were captured but other Palestinians on the Gaza side fired at Israeli soldiers, without causing injuries.

A statement by Hamas's military wing, the Ezzedine al-Qassam Brigades, hailed Rudeia as a "fighter", an accolade usually only given to its own members.

Separately on Monday, the Gazan health ministry announced the death of a Palestinian injured in clashes with Israeli forces.

Nasser al-Arini, 28, was shot a "number of days ago" east of Jabalia in the northern Gaza Strip, the ministry said, without giving further details.

At least 121 Palestinians have been killed during weeks of unrest since March 30, when Palestinians began demonstrating to be allowed to return to their historic homelands inside Israel.

The majority were killed during protests along the border, including at least 61 on May 14.

Others have been killed in air strikes, including on Sunday when three members of Islamic Jihad movement were killed.