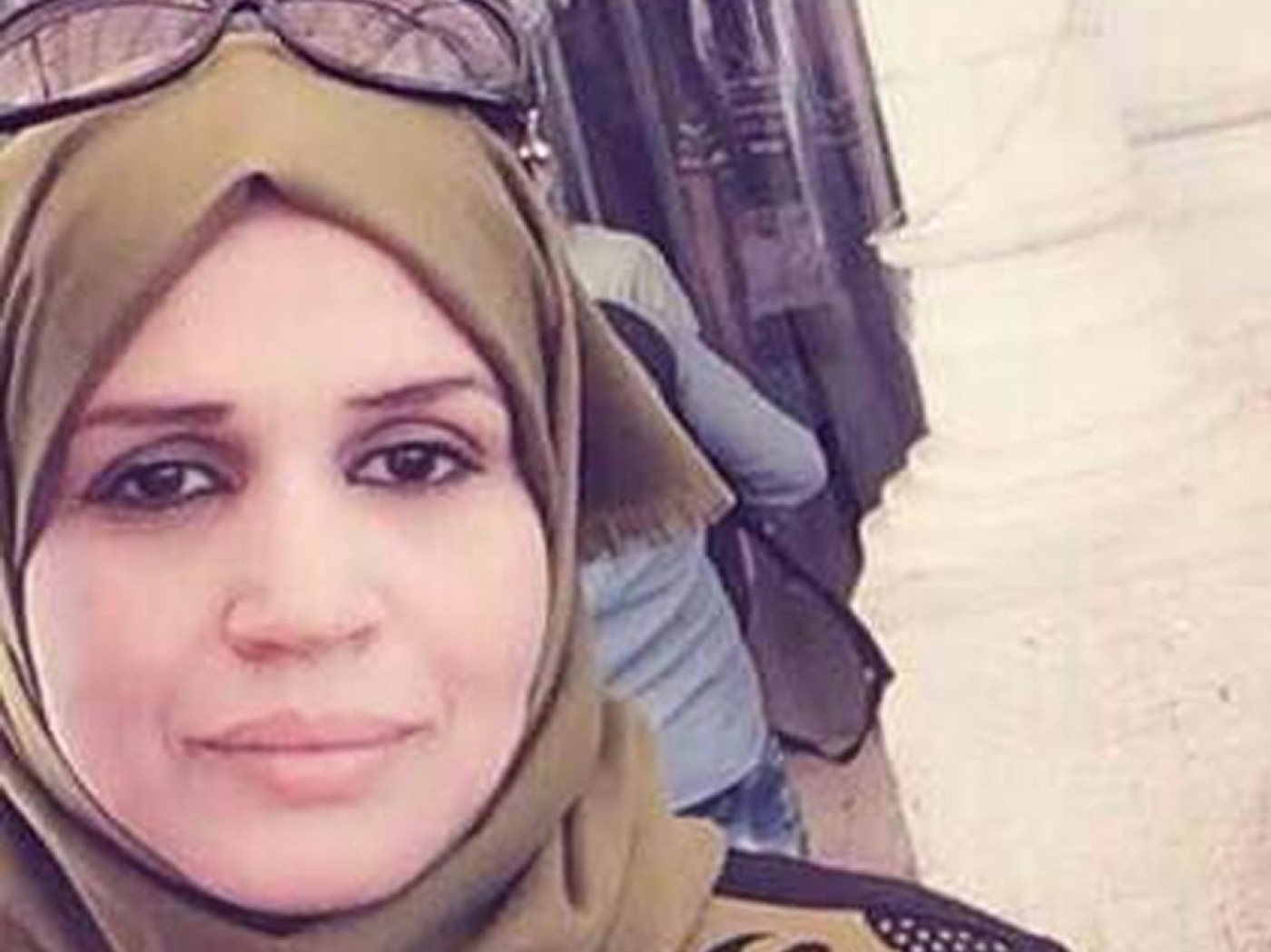 Aisha al-Rabi, 48, was killed while in the car with her husband and family (Twitter/screengrab)
By
Akram Al-Waara

BIDYA - Aisha al-Rabi, 48, a Palestinian mother of seven, died after her vehicle came under attack by a group of stone-throwing Israeli settlers in the occupied West Bank.

Aisha was in the car with her husband Yaqoub and their two daughters on their way back home in the Nablus area village of Bidya, when they were stoned by the settlers late on Friday.

The attackers, who encroached on the right shoulder of the road, ambushed Aisha's car, hurling large stones at the front windshield and passenger side window, where she was sitting.

In the midst of the assault, which took place around 9pm, Aisha was struck with a large rock on the right side of her head, causing her to lose consciousness.

"Yaqoub was so disoriented, he could barely get a sense of what was going on, and he looked over and saw his wife unconscious and bleeding heavily from her head," Issam al-Rabi, 55, who is Yaqoub's cousin, told Middle East Eye.

"He didn't know what to do so he rushed to the Rafidiya Hospital in Nablus City, a 20-minute drive away," Issam said.

By the time the family arrived, Aisha had died. Her husband and daughters were treated for light and moderate wounds.

"We are devastated," the cousin told MEE. "To lose someone in such a tragic and sudden way, we feel like we are in the middle of a nightmare."

According to Issam, the family were on their way home from Hebron, where one of Aisha and Yaqoub's six daughters lives. He said that another one of their daughters was set to be engaged in two weeks.

The cousin told MEE that the attack took place some 100 metres south of the Israeli Tappuah (Zaatara) military checkpoint. The settlers attacked the family's car as they were approaching the junction at a reduced speed.

The settlers are crazy, they are not humans. We can't even leave our homes because of them!

Israeli police spokesperson Micky Rosenfeld told MEE that the attack was under investigation by the police, adding that a gag order had been placed on the case.

"We are looking into the incident, into background information, and if and when it took place there," Rosenfeld said, casting a tone of doubt over the Palestinian narrative of the attack.

He went on to say "we have claims that we know about, but we have to find evidence to prove what happened, and at the moment that is unclear".

Issam told MEE that the family is unaware of any developments in the investigation, and do not know if the settlers responsible have been apprehended, though he remains skeptical.

"The soldiers serve to protect the settlers," he said. "Even though the settlers have made it unsafe for us to even leave our homes, the soldiers and [Prime Minister Benjamin] Netanyahu's government still protect them."

According to Issam, his taxi van came under attack last week when he was driving near the illegal Israeli Brakha settlement near Nablus. "I had seven passengers with me, and all of our lives were put in danger," he said.

He added that a few days ago, some cars in Bidya were vandalised and destroyed by settlers.

"The settlers are crazy, they are not humans. We can't even leave our homes because of them!" he yelled, his distress mounting.