The funerals came as Israeli border guards shoot dead another Palestinian, alleging that he was intending to attack them with a knife Violence broke out on Saturday in the flashpoint West Bank city of Hebron as Palestinians buried five teenagers killed by Israeli forces.

The funerals came as Israeli border guards shot dead a suspected Palestinian knife attacker at a checkpoint between the West Bank and Israel, Israeli police said.

The surge of unrest since early October has triggered fears of a third Palestinian intifada, or uprising, against Israeli occupation by a generation gripped by despair and anger over stalled peace efforts.

Nine Israelis, 67 Palestinians have been killed since a wave of attacks and violent clashes broke out a month ago in Jerusalem.

The violence has spread to the West Bank, with daily attacks and protests, and also to the Gaza Strip where demonstrators have clashed with Israeli forces along the borders of the blockaded coastal enclave.

Thousands of Palestinian mourners gathered for the funerals of the five teenagers, including two girls, in Hebron, a powder-keg in the decades-old Palestinian-Israeli conflict.

They waved Palestinian flags and chanted "we will die but Palestine will live on".

Clashes broke out between Palestinian stone throwers and Israeli soldiers as the funerals got underway.

One Palestinian was buried separately in Israeli-annexed East Jerusalem while another was laid to rest late Friday in the West Bank town of Jenin.

Israel says they stabbed or had attempted to stab soldiers and was withholding the bodies of suspected assailants.

On Friday Israel said it had released the bodies of seven Palestinians, apparently to ease tensions.

Families of children killed in the violence have clamoured for their bodies to be released and accuse authorities of "collective punishment".

Ziad Natsheh, who buried his son Tareq, 17, in Hebron on Saturday, said as he received condolences from mourners that he was relieved to give him a "dignified burial".

'There is nothing else but war'

"Living in a country where there is nothing else but war, everyone expects to know death, injury or lose a child," said Natsheh.

Many of the alleged attackers who have targeted Israeli forces come from the southern West Bank city of Hebron.

Hebron -- home to a shrine known to Jews as Cave of the Patriarchs and to Muslims as the Ibrahimi Mosque -- is a city of 200,000 Palestinians.

But the presence of 500 Israeli settlers near the city centre, protected by barbed wire, watchtowers and a buffer zone patrolled by the army, has kept tensions high.

On Friday, dozens of protesters outside the shrine condemned restrictions on access imposed by Israel, which has split it into a mosque and a synagogue.

The Maariv newspaper reported that more army checkpoints were being set up in Hebron at the entrances and exits to Jewish areas, where Palestinians aged 15 to 25 will not be allowed to pass.

Amnesty International has urged Israeli authorities to protect Palestinians in Hebron "from attacks by Israeli settlers" which the rights group say have "escalated" in less than a month.

Simmering tensions boiled over in September over the status of the Al-Aqsa mosque compound in Jerusalem, a site holy to both Muslims and Jews, before spiralling into a series of violent attacks from 1 October.

Palestinians accuse Israel of seeking to change the rules governing the site, although Prime Minister Benjamin Netanyahu has insisted he will not alter a status quo that forbids Jews from praying there.

On Friday the Palestinians also urged the International Criminal Court to accelerate its probe into accusations of "Israeli war crimes", handing over a new 52-page dossier alleging summary killings and collective punishment.

Also on Saturday, former US president Bill Clinton was to address a rally in Tel Aviv in memory of Yitzhak Rabin, the Israeli premier assassinated 20 years ago by a right-wing Jewish extremist.

The Nobel Peace prize laureate who signed the 1993 Oslo accords aimed at resolving the decades long Palestinian-Israeli conflict was shot dead in Tel Aviv at a peace rally. 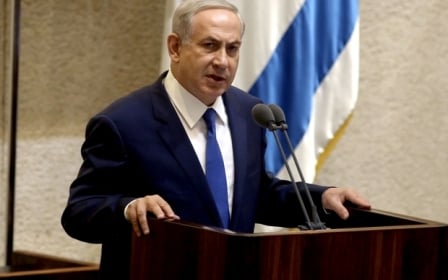 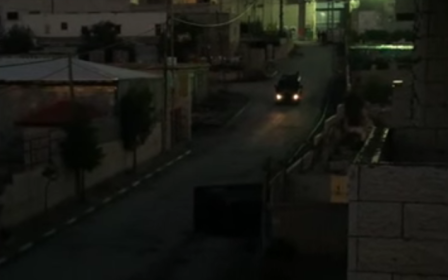