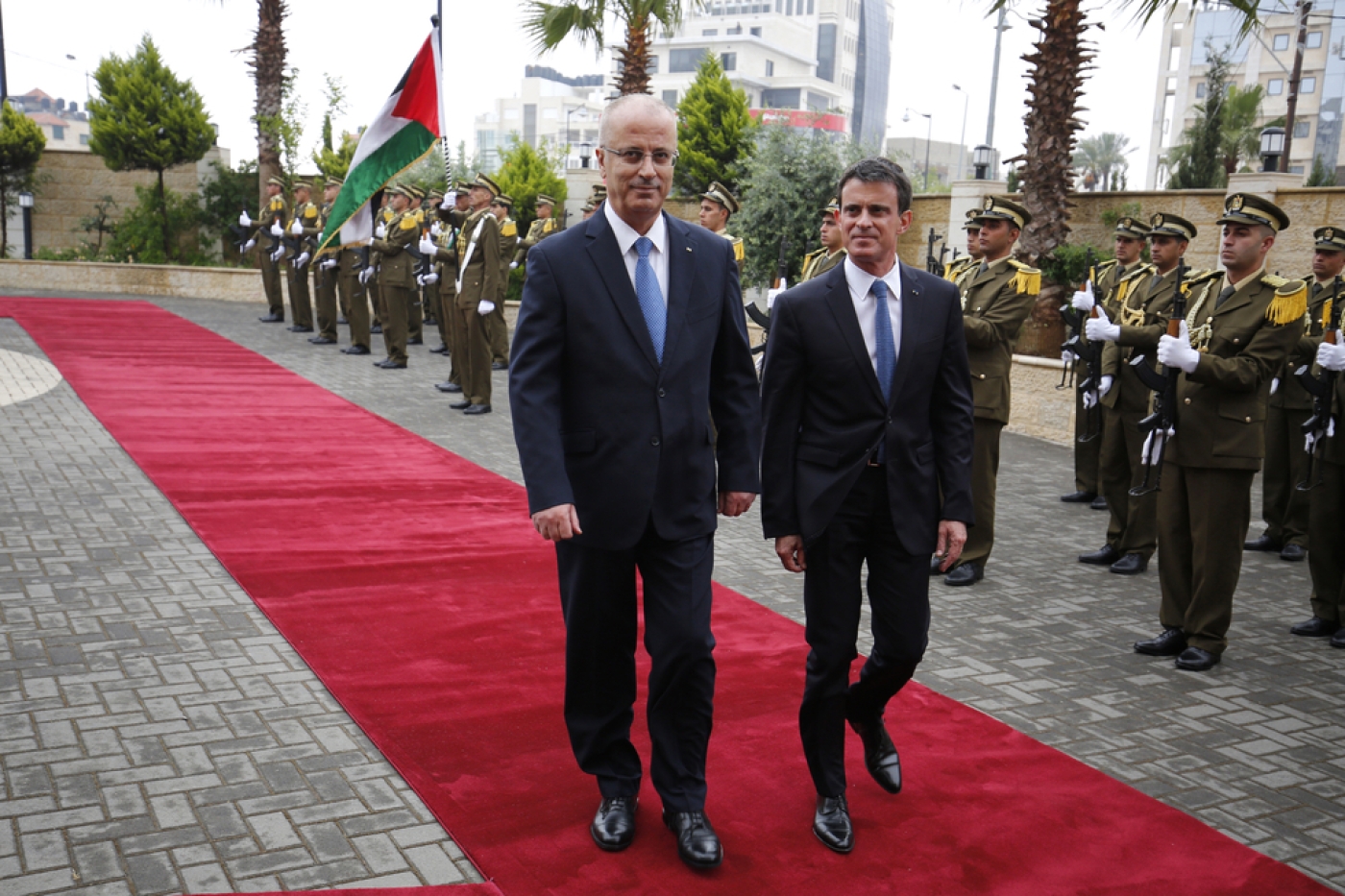 French Prime Minister Manuel Valls (R) and Palestinian prime minister Rami Hamdallah (L) meet (AFP)
By
MEE and agencies
Palestinian Prime Minister Rami Hamdallah on Tuesday dismissed an Israeli proposal for direct negotiations instead of a French multilateral peace initiative, calling it an attempt to "buy time".
Hamdallah made the comments as he met French Prime Minister Manuel Valls, who has held talks in Israel and the Palestinian territories this week to push Paris's peace initiative.
"Time is short," Hamdallah said. "(Israeli Prime Minister Benjamin) Netanyahu is trying to buy time... but this time he will not escape the international community."
Netanyahu has rejected the plan and called for direct negotiations.
Valls told Netanyahu when he met him on Monday that he would discuss the Israeli premier's counter-proposal with French President Francois Hollande, but he has insisted that Paris plans to stick with its approach.
The French initiative involves holding a meeting of foreign ministers from a range of countries on 3 June, but without the Israelis and Palestinians present.
An international conference would then be held in the autumn, with the Israelis and Palestinians in attendance. The goal is to eventually relaunch negotiations that would lead to a Palestinian state.
Negotiations between the Israelis and Palestinians have been at a standstill since a US-led initiative collapsed in April 2014.
Palestinian President Mahmoud Abbas has welcomed the French plan, but Netanyahu has repeatedly expressed his opposition while saying he is willing to meet Abbas at any time.
On Monday, he told Valls that France should host a summit between the two men in Paris.
Palestinian leaders say years of negotiations with Israel have not ended its occupation, and instead they have pursued a strategy of diplomacy at international bodies.

Valls has sought to address Israeli concerns over the French initiative, saying it would not try to impose a solution and that negotiations between the two sides would ultimately resolve the conflict.
He has called himself a "friend of Israel" during his trip, and said Israeli security must be guaranteed.
But he has also criticised Israeli settlement building in the occupied West Bank, considered to be a major stumbling block to peace.
Israeli settlements in the West Bank are considered illegal under international law and are built on land the Palestinians see as part of their future state.
Those arguing for a new peace effort say the lack of any initiative leaves a vacuum that can be filled by hardliners on either side.
An upsurge in violence since October has killed 205 Palestinians and 28 Israelis. Most of the Palestinians killed were carrying out knife, gun or car-ramming attacks, Israeli authorities say.
The unrest has steadily declined in recent weeks, but on Monday a Palestinian woman was shot dead at a checkpoint north of Jerusalem while trying to stab a border policeman, Israeli authorities said.
Many analysts say Palestinian frustration with Israeli occupation and settlement building in the West Bank, the complete lack of progress in peace efforts and their own fractured leadership have fed the recent unrest. 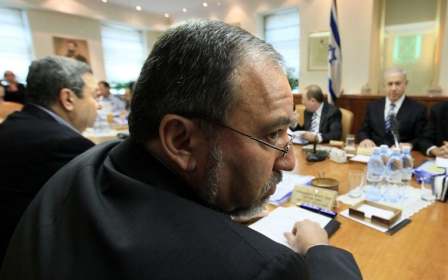 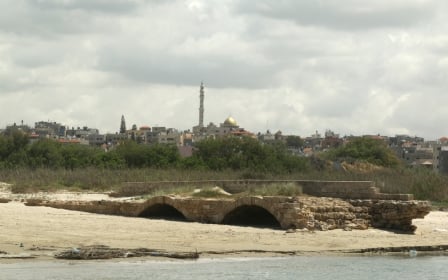 Inside Israel
In Israel’s poorest town, Palestinian fishermen forced to give up livelihoods