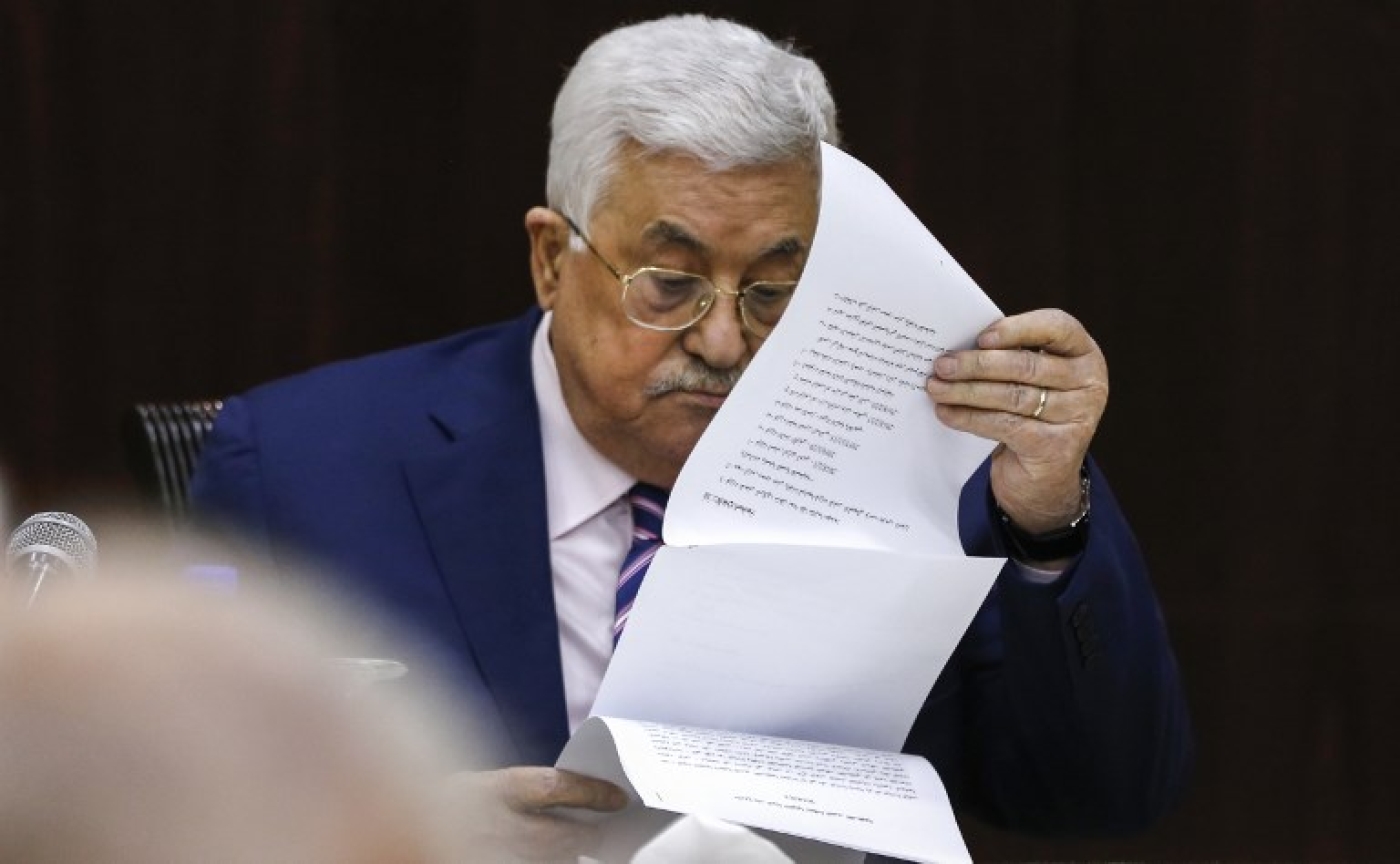 Abbas has taken a series of punitive measures in recent years to try, in vain, to force Hamas to hand over the reins of power in Gaza (AFP)
By
MEE and agencies

Palestinian Authority President Mahmoud Abbas accepted the resignation of his government on Tuesday, in a reshuffle seen as a bid by the ageing leader to strengthen his position as a decade-old political split deepens.

Hamdallah's government will remain in place while a new administration is formed, the AFP news agency reported.

Late on Tuesday, a Wafa statement confirmed Abbas had accepted the resignation, but asked the government to continue "conducting business until the formation of a new government".

It said Abbas, 83, saw a new government as a step towards parliamentary elections, which have not been held since 2006 due to the political schism.

It was unclear how the change of government could impact on policy.

Hamas condemned the government's resignation, saying Abbas was seeking to establish a "separatist government" to serve his interests.

A former president of al-Najah National University, Hamdallah has been prime minister of the PA since 2013.

He resigned two weeks after his appointment in June that year - only to re-accept the position a month-and-a-half later.

Abbas remains the primary decision-maker and interlocutor with the international community.

Fatah officials said they had begun consultations regarding forming a new government, though no timeframe was announced.

"The president will begin consultation to form a political government made up by factions of the Palestine Liberation Organisation (PLO) that will prepare for the holding of new parliamentary elections," Abbas said

The PLO does not include Hamas or its allies Islamic Jihad.

Fatah and Hamas have been engaged in a bitter feud since 2006, when Hamas won parliamentary elections whose results were not recognised by Fatah, historically the leading party of the Palestinian Authority.

An outright armed conflict in 2007 led to a split in governance in the occupied Palestinian territories, with Abbas’s PA maintaining limited self-rule in the occupied West Bank and Hamas in control in Gaza.

Hamdallah's government has faced major street protests over a proposed social security law that would have forced private employers and employees to pay into a government-managed fund.

Abbas issued a decision suspending the proposal late on Monday.

Multiple attempts to reach a reconciliation agreement between Fatah and Hamas have failed.

In June 2014, Hamdallah formed what was labelled a national unity government after a landmark reconciliation deal between Fatah and Hamas, but the deal quickly broke down amid an Israeli military crackdown that year that escalated into a devastating war in Gaza.

Since then relations have again worsened and Hamdallah survived an assassination attempt in 2018 when an explosion hit his convoy during a rare visit to Hamas-controlled Gaza.

Palestinian government officials accused Hamas of responsibility, while the Islamist party blamed the attack on Israel.

Abbas has taken a series of punitive measures in recent years to try, in vain, to force Hamas to hand over the reins of power in Gaza, including suspending wage payments and halting fuel supplies.

Analysts say such measures increase suffering in the strip, which is already under a crippling Israeli blockade.

Last month, Abbas announced that the Palestinian Legislative Council (PLC), the Palestinian proto-state's parliament, was to be dissolved, which he said would pave the way for fresh polls and put an end to the political deadlock.

The bid has been seen as an attempt by Abbas to consolidate power over all of the PA's organs.

Abbas was elected in 2005 for an initial four-year term, but no presidential elections have been held since then.

The PA has been heavily criticised by many Palestinians for its security coordination with Israel and perceived failure to bring about the establishment of an independent state.

Regular polls by the Palestinian Centre for Policy and Survey Research indicate that some two-thirds of respondents want Abbas to resign.

Earlier this month, it emerged that Hamdallah's car had been attacked by stone-throwing Israeli settlers in the occupied West Bank as he returned from a Christmas Day service in Bethlehem. 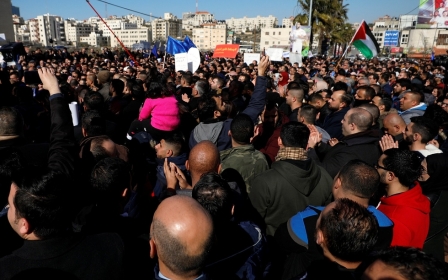