Athletes like Nader al-Masri face challenges including curtailed movement, limited funds and a lack of facilities 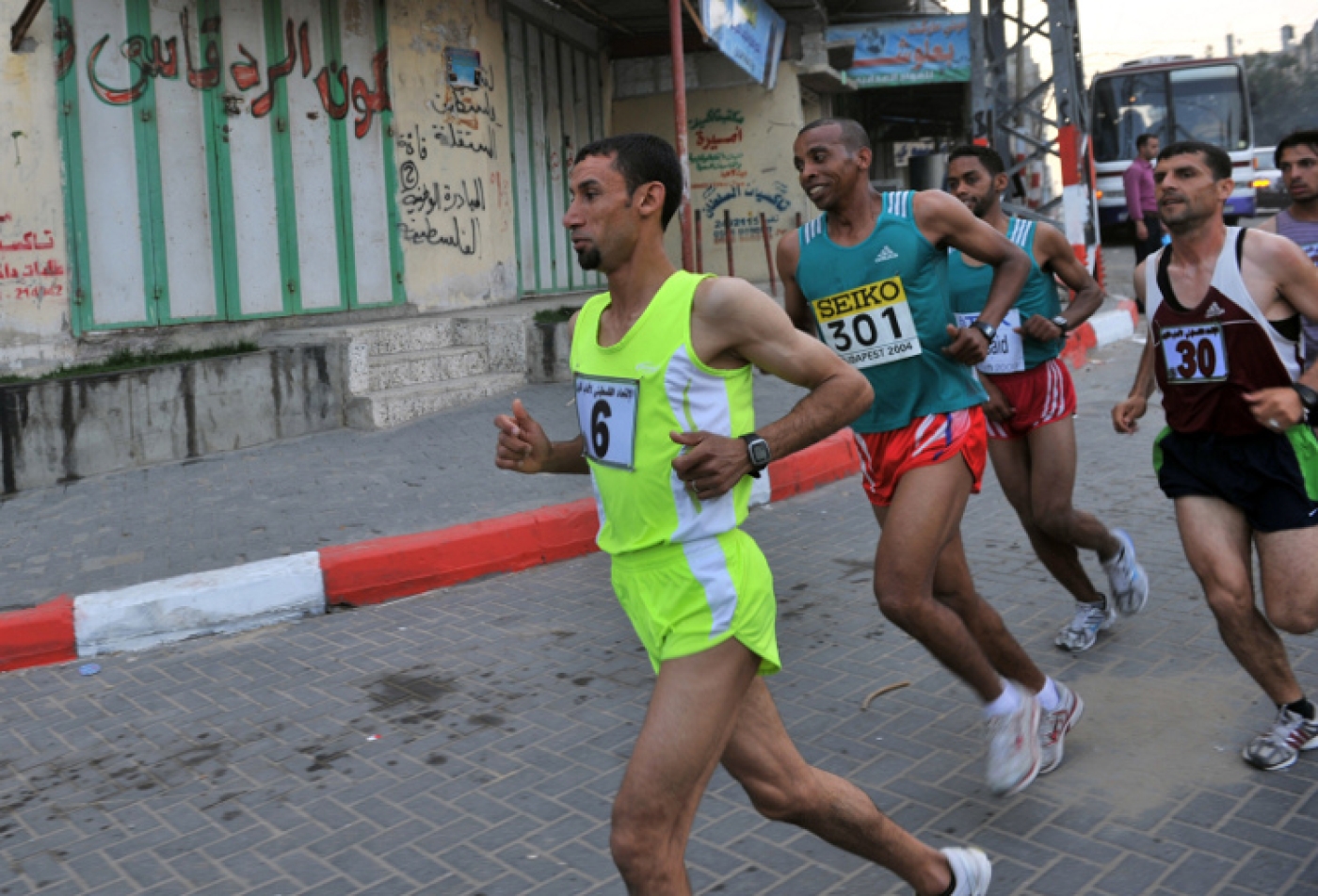 Palestinian athlete Nader al-Masri only wants to run in races, not political circles. So he was surprised when Israeli authorities denied him a permit to travel to the West Bank for the second annual Palestine Marathon on 11 April.

"I had been training for three months for the Bethlehem marathon. it is very disheartening not to compete," the 34-year old athlete from Beit Hanoun, in the north Gaza Strip, told the Middle East Eye.

Masri is among more than 20 runners from Gaza who have been blocked from competing in the "Right to Movement" race since it began last year. The marathon was inspired by the right to freedom of movement enshrined in the 1945 Universal Declaration of Human Rights, and aims to highlight the restrictions Palestinians face under the Israeli occupation.

"I was surprised that I was denied access; I am an athlete and have nothing to do with politics," said Masri.

The Israeli government said in a letter issued on 30 March that “the present diplomatic/security situation” means Gaza residents could cross into Israel only “in exceptional humanitarian cases”. The marathon's course crosses through refugee camps, the concrete separation wall and an Israeli military checkpoint.

Although Masri filed a petition against the state of Israel for its refusal to issue him a travel permit through Gisha — an Israeli organisation promoting the freedom of movement of Palestinians — it was rejected by the Israeli High Court due to "political and foreign-relations considerations".

At the age of 16, Masri was inspired to become a runner after watching Majed Abu Marahil, the first athlete to represent Palestine, take part in the 2006 Olympic Games in Atlanta.

Masri took part in his first international marathon in Ireland in 2000. Since then, he has competed in more than 40 races across Europe, Asia and the Arab world including the 2008 Beijing Olympic Games.

"The situation is very difficult. We face restrictions in movement, security threats, limited financial support and a lack of facilities", he said.

A marathon has a set distance of approximately 42 kilometres, while the densely populated Gaza Strip has a coastline of only 45 kilometres in length.

The frequent closing of the Rafah border crossing into Gaza causes many athletes to withdraw from international competitions. Masri missed two races this year, one in Yemen and another in Denmark, because the border was closed.

While some athletes across the world have multi-million dollar sponsorship deals, runners in Gaza aren't so lucky.

“Many of us [athletes] have to use our personal funds to pay for our training material. I earn a $400 salary from my position in the Ramallah Government and I have five children to raise. Yet I am forced to use what is left to fund myself as a runner," he told MEE.

The Palestinian running team has a budget of $15,000 a year raised through an international sports association and grants from Hamas and the Palestinian Authority, but it is not enough, coaches told the New York Times in a recent article.

"Although I would support my children if they chose to pursue sports, I worry the younger generation will be discouraged by the challenges athletes here face," said Masri.

Despite these obstacles, Masri is adamant to pursue the sport and inspire change.

"We [athletes] can make a mark and let the world see there are other sides to Palestinians' lives," said Masri.

Masri has not taken part in a marathon since 2012. If he manages to compete in the Asian Games in South Korea in October, this could enable him to qualify for the 2016 Olympic Games in Rio, Brazil.