A Palestinian was shot dead by Israeli forces after allegedly attempting to stab an Israeli soldier at a checkpoint in the northern occupied West Bank, Israeli police said.

A second Palestinian, allegedly an accomplice, was arrested, according to police.

The Palestinian Health Ministry confirmed the shooting, but the not the alleged stabbing attempt. It said the incident took place on the Palestinian side at the Jalameh checkpoint near Jenin.

At least 72 Palestinians have been killed by Israeli forces since the beginning of October, amid a wave of increased violence across Israel and the occupied Palestinian Territories. Nine Israelis have been killed in the same period, in several shootings and knife attacks. 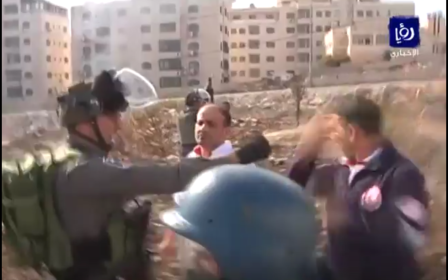