Hamas would win a general election in Palestine if it were held today, after the group saw a huge swing of support in its favour during a devastating seven-week long Israeli assault on the Gaza Strip, an opinion poll published on Tuesday has found.

The Palestinian Centre for Policy and Survey Research (PCPSR) revealed Hamas leads the way in both presidential and parliamentary polls for the first time since 2006, when the Islamist group swept to victory in Palestine’s last general election.

Most Palestinians surveyed said they believe armed struggle to be the most effective means to establish their own state and the vast majority said they fear Israeli forces will demolish their homes and take their land.

1,270 Palestinians took part in the poll, which was conducted between 26 and 30 August, in the immediate aftermath of a ceasefire deal between Hamas and Israel in Gaza. The interviews took place in 127 randomly selected locations across the West Bank and Gaza, with a 3 percent margin of error, according to the PCPSR.

While the PCPSR said the surge of support for Hamas was “unprecedented” they warned its new found popularity may not be sustained in the long-term.

“As expected, and as we saw in previous instances during and immediately after Israeli wars with Hamas, findings show a spike in the popularity of Hamas and its leaders and a major decline in the popularity of Fatah and President [Mahmoud] Abbas,” the group said in its report. “But, as in previous cases, these changes might be temporary and things might revert in the next several months to where they were before the war.”

The poll revealed 46 percent of Palestinians would vote for Hamas if legislative elections were to be held now, while just 31 percent said they would vote for Fatah, with the remaining 24 percent either undecided or supporting other smaller groups. Prior to the Israeli assault on Gaza, Hamas had 32 percent support and Fatah 40 percent.

More than 2,000 Palestinians, mostly civilians, were killed during Israel’s assault on Gaza, which came to an end on 26 August when a long-term ceasefire was agreed in Cairo. Almost 70 Israelis died in the conflict, nearly all of which were soldiers.

The impact of the Gaza assault on Palestinian public opinion has been to galvanise support for armed struggle against Israel’s occupation of the territories. 53 percent of people said armed confrontation is the most effective means to achieve a Palestinian state, while only 22 percent support engaging in further negotiations.

20 percent of respondents support non-violent resistance as the most effective route to achieving statehood.

On the international front some 84 percent of Palestinians support joining the International Criminal Court (ICC). Hamas signed a letter in August urging Abbas to join the court and pursue a war crimes investigation against Israel, this in spite of the Islamist group potentially facing charges themselves.

A reconciliation deal struck earlier in the year between Hamas and Fatah remains in place, however, the recent Israeli assault on Gaza has laid bare seemingly intractable divisions between the two rival groups. Minutes leaks from an August meeting in Qatar between Abbas and Khaled Meshaal described a shouting match in which the PA president accused Hamas of undermining his authority and warned regional powers had urged him to side line the Islamist group.

The unity deal that led to the formation of a reconciliation government in June stipulated that elections would take place within six months, although there has not yet been an announcement as to when Palestinians can expect to be able to go to the ballot box. 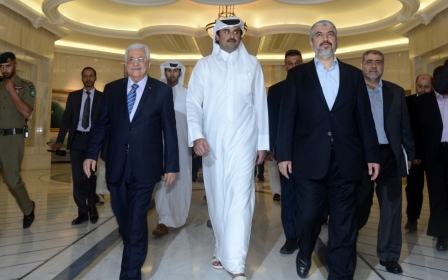 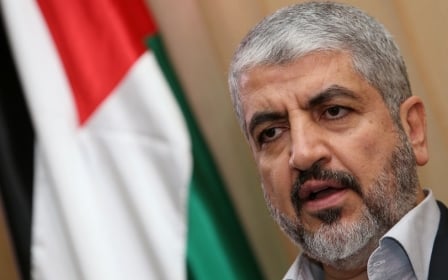