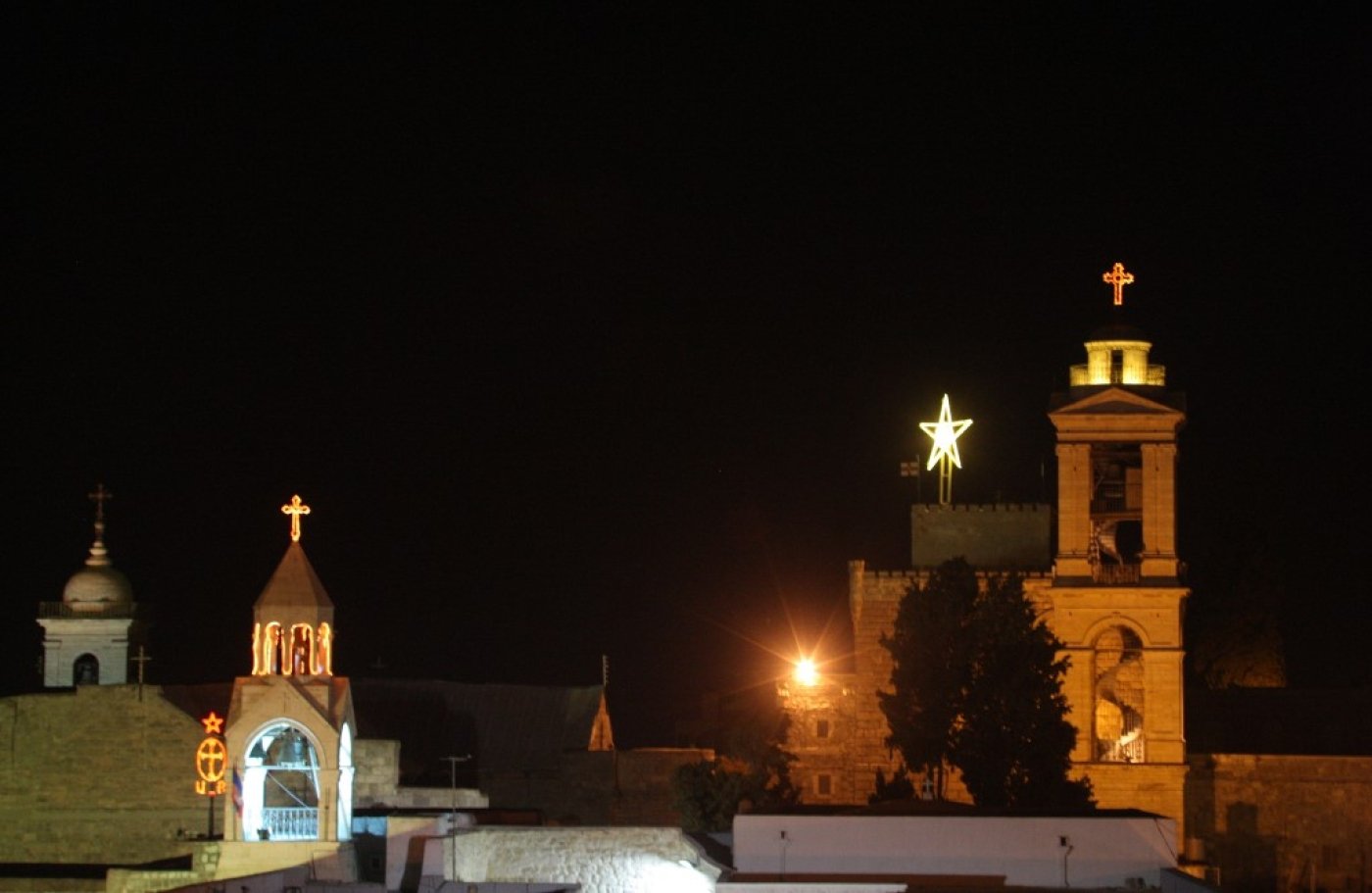 A view of the Church of the Nativity in June 2012, a week after Unesco overrode Israeli objections to urgently grant world heritage status to the ancient church (AFP/File photo)
By
MEE staff

Palestinians have accused Israel of an "abominable act of thuggery and cultural appropriation" after a 1500-year-old Christian relic was "stolen" by Israeli forces early on Monday.

Video footage posted online by the PLO Department of Public Diplomacy and Policy showed Israeli forces escorting a large flatbed truck out from the town of Tuqu, in the occupied West Bank district of Bethlehem.

The rare artefact, which dates back to the Byzantine period, was used as a water basin for baptisms and is one of three known relics of its kind.

The other two include one recently discovered at the Church of the Nativity in Bethlehem and another belonging to a church in Beit Jibrin, an ancient Palestinian town left in ruins following Israel's 1948 invasion.

Typical. #Israel steals our land & resources, plunders our archeological/historical sites, appropriates our cultural heritage& seeks to eradicate all evidence of our identity & continuity in our ancestral homeland--a settler-colonial attempt at erasing evidence of the indigenous. https://t.co/hGEpDx5rwe

"WATCH: Israeli occupation forces stole a historical baptismal font dating back to the 6th century from the city of Bethlehem last night," the office said, sharing a video shot by a local photojournalist.

PLO executive committee member Hanan Ashrawi called the move "an abominable act of thuggery and cultural appropriation" and urged Unesco and its director-general Audrey Azoulay "to speak out and protect Palestinian heritage".

"A hallmark of Israel's system of colonial occupation and oppression has been its disdainful attempts to erase Palestinian presence, culture and heritage, including the illegal appropriation and theft of heritage sites and artifacts," she said in a statement.

In a report, the Jerusalem Post contested the account, claiming that the baptismal font was not stolen but actually returned to its original site.

According to the Post, the relic was originally stolen 20 years ago from the Khirbet Tuqu site by "unauthorised dealers using a huge forklift". In 2002, the relic was recovered and placed near the Tuqu mayor's home, pending the construction of a local museum. 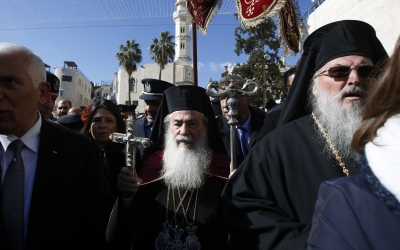 "I welcome the return of the baptismal font, which is a cultural and historical treasure from the Byzantine period," said Hananya Hizmi, the head of the Israeli civil administration office known as Cogat, which oversees Israel's occupation of the West Bank, according to the Post.

"The civil administration's heavy investment of effort and resources in the search over recent years for this item has borne fruit. We will continue working tirelessly to preserve the sites and the archaeological relics throughout Judea and Samaria, and to prevent antiquities thieves from looting the history of the region," Hizmi said, using the Israeli government's term for the West Bank.

It was unclear where the Israeli office had taken the relic.

"Israel has been using archeology as a key tool in reinforcing its bogus territorial claims to historic Palestine ... and [to] give them a veneer of historical and religious legitimacy," Wafa said.

The Palestinian Authority only controls around 18 percent of the occupied West Bank, known as "Area A", while "Areas B and C" are under full or partial Israeli control.

Under Prime Minister Benjamin Netanyahu, Israel plans to annex 95 percent of the area known as the Jordan Valley, which makes up at least 22 percent of the occupied West Bank.

There are over 800,000 Israelis living in illegal settlements in the occupied West Bank and East Jerusalem. 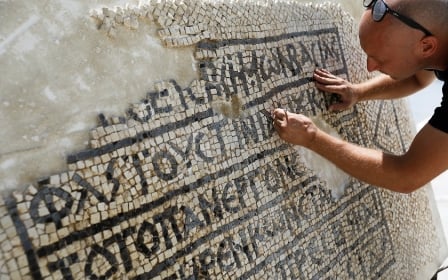 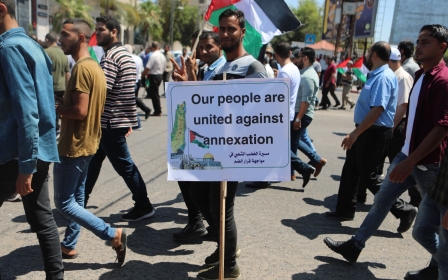 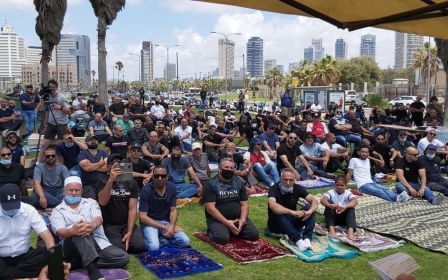