US Senator Bernie Sanders addresses rally via video conference, expressing his support for protesters and condemnation of Israel’s plans 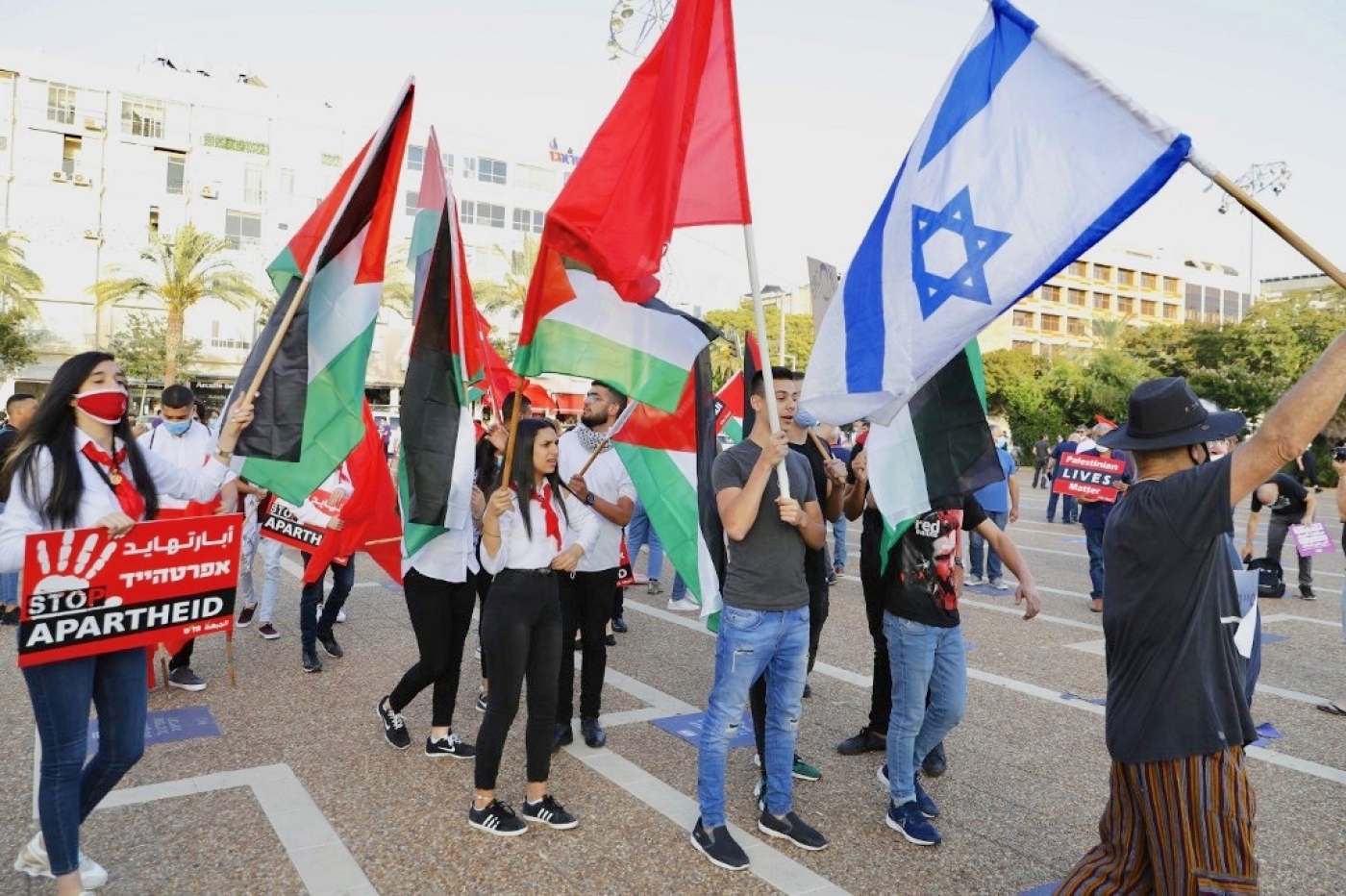 A joint Palestinian-Israeli demonstration in Tel Aviv on Saturday night rallied against the government's plans to annex parts of the occupied West Bank.

Thousands of protesters waved Palestinian and Israeli flags and held placards against the occupation of the West Bank and the possible annexation of parts of it in a rally organised by left-wing NGOs and political parties, AFP said.

US Senator Bernie Sanders of Vermont addressed the rally via video conference, expressing his support for the protesters and condemnation of Israel’s annexation plans. The senator said that he was “heartened” to see Arabs and Jews demonstrating together, Haaretz reported.

“In these difficult days … it has never been more important to stand up for justice, and to fight for the future we all deserve,” Sanders said. “It’s up to all of us to stand up to authoritarian leaders and to build a peaceful future for every Palestinian and every Israeli ... In the words of my friend Ayman Odeh: The only future is a shared future." As part of a recent agreement to form a coalition government with Benny Gantz, Prime Minister Benjamin Netanyahu can submit the Trump plan to his cabinet and to parliament as early as 1 July for possible endorsement.

The plan also envisions the creation of a Palestinian state, but on reduced territory and without meeting the key Palestinian demand of having its capital in East Jerusalem. The Palestinians have rejected the plan outright.

An annexation of the territories would violate international law and likely inflame tensions in the volatile region.

A number of Israeli politicians also spoke at the protest.

Head of the Joint List alliance of Arab-majority parties, Ayman Odeh, told the crowd, “We are at a crossroads. One path leads to a joint society with a real democracy, civil and national equality for Arab citizens ... The second path leads to hatred, violence, annexation and apartheid,” Odeh said. "We’re here in Rabin Square to pick the first path,” he said, as quoted by Haaretz.

“There is no such thing as democracy for Jews alone,” Odeh added. "Just like Martin Luther King and his supporters in the United States, we must realise that without justice there can be no peace. And there will be no social justice if we do not end the occupation,” Odeh said.

One demonstrator called for more solidarity between Palestinians and Israelis.

"We have done so much damage to each other, the Palestinians and the Jewish" people, Anat Schrieber told AFP.

"We are brothers - we belong here, both of us, we can do so much more together than separately."

Another rally attendee, identifying herself as Eden, called for "justice to Palestinians and peace to both people, Israelis and Palestinians."

"In an apartheid reality there cannot be peace for us or them, nor can there be justice," she said.

"I am afraid of the annexation plan," Eden added. "I think it will lead to riots and even war." The plan "will not achieve anything... and has no connection to peace."