Palestinians to press UN vote despite US veto warning 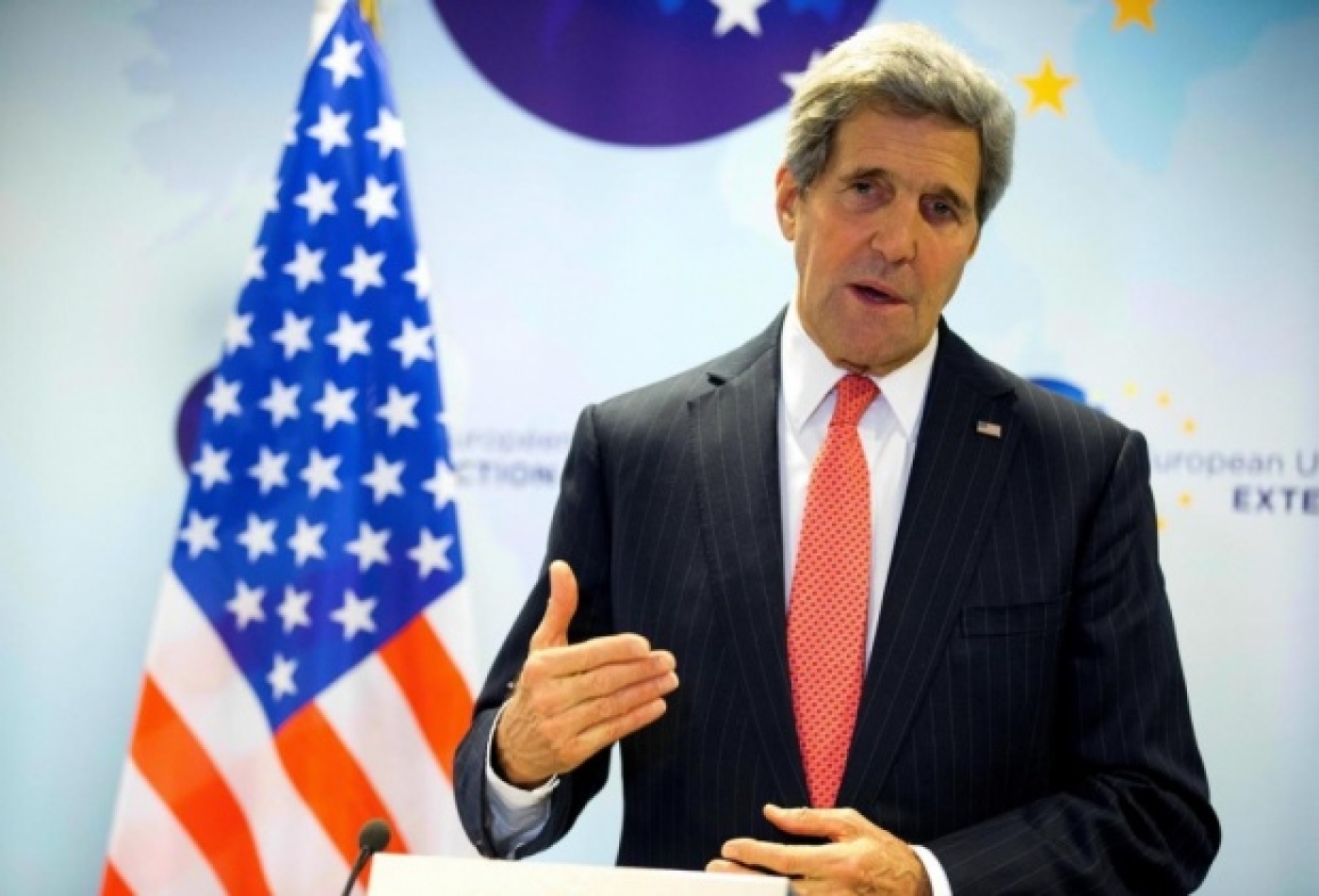 US Secretary of State John Kerry in Brussels, Belgium, on 3 December 2014 (AA)
By
MEE and agencies

The Palestinians are to submit a draft resolution to the UN Security Council on Wednesday as planned although US Secretary of State John Kerry warned of a veto, Palestinian officials said.

Another official said Kerry was told at a meeting in London on Tuesday that the Palestinians would go ahead as planned with their text calling for a withdrawal of Israeli troops from occupied Palestinian territory within two years.

Kerry told the Palestinian delegation that Washington would use its veto within the Security Council, he said of the meeting between the secretary of state and chief Palestinian negotiator Saeb Erakat.

The official, who asked not to be named, said the London talks had been "long and difficult but achieved results".

If the US uses it veto, Erakat told Kerry, the Palestinians would apply to join all international organisations and conventions, including the International Criminal Court, a move firmly opposed by Washington.

France is putting together a more nuanced version of a draft to the Security Council setting a two-year timetable for concluding a peace treaty, without mentioning an Israeli withdrawal.

"We have merged. We don't have two texts now. There is one single text. We have happily accepted the French text when the modifications have been added," he said, without elaborating.

Shtayyeh said the US wanted any draft resolution to be put off until after an Israeli general election in March, but the Palestinians were "sick" of two-way negotiations with Israel that had made no progress.

Meanwhile, EU lawmakers will not be proposing a joint motion urging members to recognise the state of Palestine during a vote that is scheduled to take place on Wednesday, Reuters reported.

Members of Social Democrat, left-wing and Green parties in the European Parliament had proposed a motion that would call on the 28 EU members to recognise Palestine without conditions. But the European People's Party (EPP) and the Alliance of Liberals and Democrats for Europe (ALDE) said recognition should only come after a negotiated agreement with Israel.