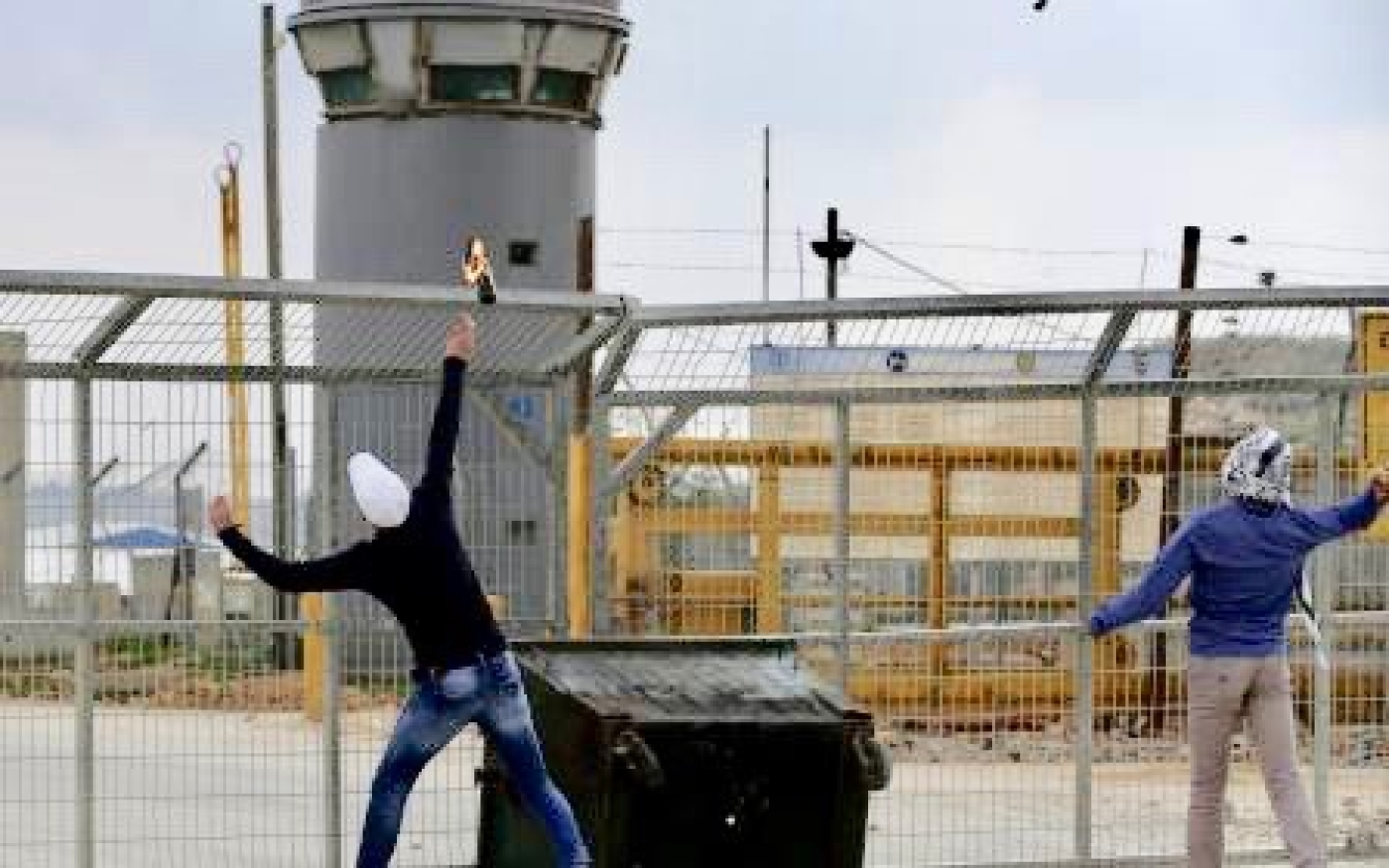 Palestinian Authority makes prisoner payments to about 11,000 individuals and families (AFP)
By
MEE and agencies

Palestinian leaders on Friday night vowed to defy an Israeli military order that could put the end to special payments made to support prisoners, their relatives and families of those killed amid unrest.

The order, which is set to take effect on Saturday, threatens fines and jail for anyone who makes such payments, and has prompted Palestinian banks to shut down the accounts of prisoners and their families in recent days. Israel sees the programme as rewarding violence and has long sought to have it scrapped.

Ramallah has vowed to continue the payments to about 11,000 individuals and families, describing them as a form of social welfare and compensation for what it claims is an unfair military justice system, the Times of Israel reported.

Prisoners and families are widely seen as heroes by many Palestinians, and the shuttering of the accounts drew a furious reaction. Two branches of one bank, Cairo Amman Bank, were attacked overnight; one was torched and another fired on by gunmen. There are 13 banks operating in the West Bank areas ruled by the Palestinian Authority. Seven of them are Palestinian-owned, five are Jordanian, and one is Egyptian, the Times said.

Four banks have moved to close accounts, according to the Palestinian Prisoners Club, which represents prisoners.

Israel’s military said in a statement seen by Reuters that the military order permits it to seize assets belonging to those who commit a security offence.

Still, on Friday night, Palestinian Prime Minister Mohammad Shtayyeh said banks had agreed to reopen the accounts. "Families of prisoners can activate their bank accounts starting from Sunday," he said in a statement. "We reject the Israeli threats to banks over the allocations of prisoners and martyrs, and we will not submit to them."

Samer Bani Odeh, a 51-year-old released in 2011 after 16 years in an Israeli jail for membership in an armed group, told Reuters that Cairo Amman Bank had told him his account was being closed.

"A bank manager in Nablus sat with us (a group of prisoners) and said: we apologise, but we have to close your accounts. This is outside our control," Odeh said.

The Associations of Banks in Palestine defended the account closures as intending to safeguard prisoners’ assets from seizure and the banks from Israeli punishment. It has called on the PA to find another way to make the payments.

The Palestinian Authority has limited self-rule in parts of the West Bank, land occupied by Israel since a 1967 war and home to almost 3 million Palestinians.