Iranian director Farhadi, who is boycotting Oscars over Trump's travel ban, sends video message to those watching his movie 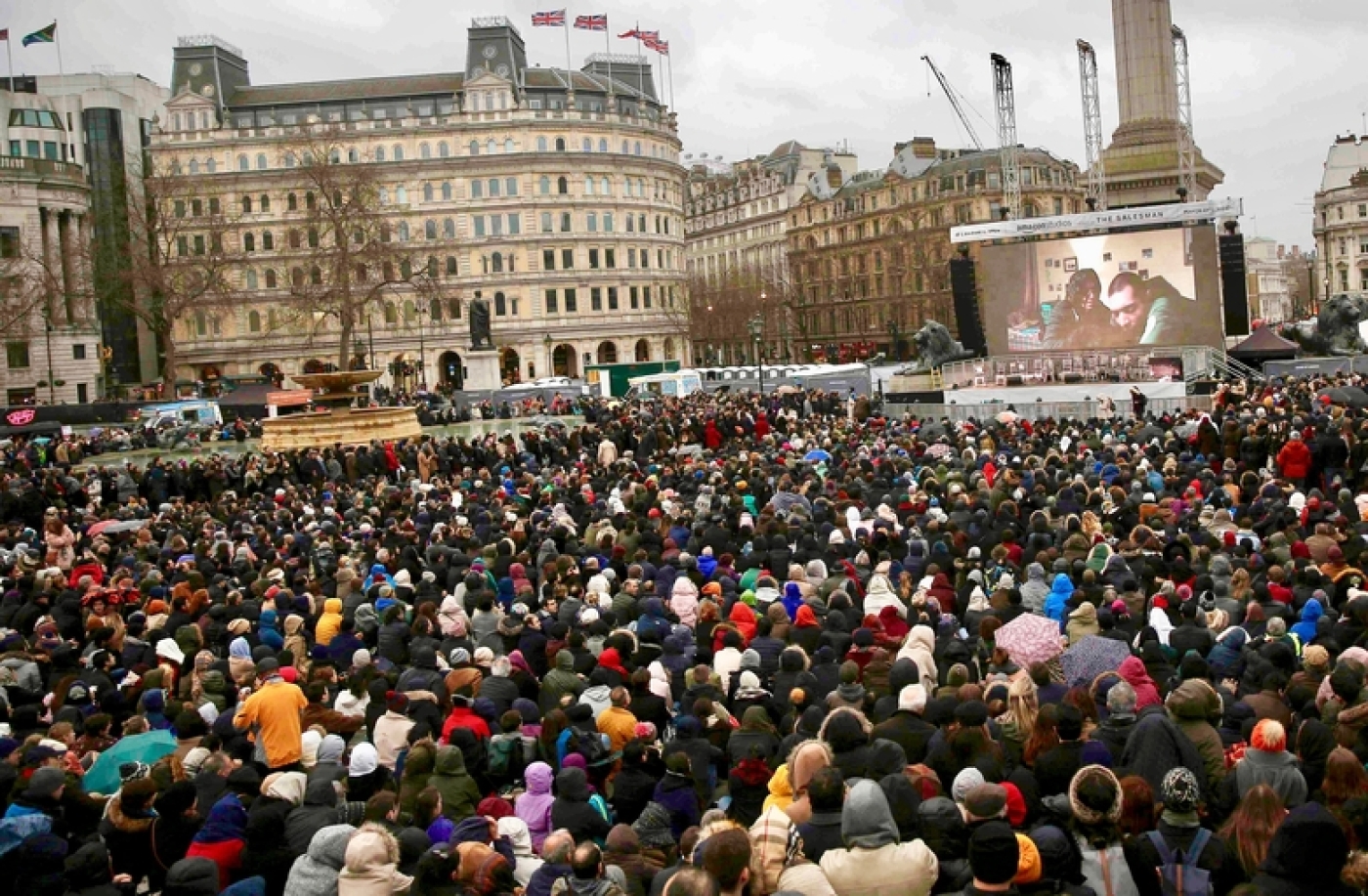 Thousands of people braved London's winter drizzle on Sunday for a screening of the Oscar-nominated movie that has become a rallying point for opponents of US President Donald Trump’s immigration policy.

Hours ahead of what looked set to be the most politicised Academy Awards for years, London Mayor Sadiq Khan made his political motivation clear in hosting the British premiere of the "The Salesman," whose Iranian director is boycotting the Hollywood ceremony.

"President Trump cannot silence me," Khan said to cheers from the crowd gathered in Trafalgar Square. "We stand in solidarity with Asghar Farhadi, one of the world’s greatest directors."

"At a time when people are talking about travel bans, I want to welcome people," he said.

"At a time when people are motivating communities to divide, I want to unite them."

Farhadi, who won an Oscar in 2012 for "A Separation," is bookmakers’ favourite to win another Best Foreign Language Film statuette later on Sunday but is staying away in protest at Trump’s attempt to ban people from seven Muslim-majority countries from entering the US.

In a video message from Tehran, Farhadi thanked the "dear people of London who are gathered on this cold afternoon," and said he was heartened by the reaction of filmmakers and artists to "the oppressive travel ban of immigrants".

"I hope this movement will continue and spread for it has within itself the power to stand up to fascism, be victorious in the face of extremism and saying no to oppressive political powers everywhere," Farhadi said.

Farhadi announced last month that he would not attend the ceremony even if the US government gave him special permission to travel despite coming from Iran, one of the countries on Trump's controversial list.

The Iranian filmmaker stuck by his decision even after a US court ruled against the travel ban.

An estimated 10,000 spectators attended the screening, which was also the British premiere of the film, according to the mayor's office.

Love this! London Will Host A Huge Free Screening Of Iranian Film The Salesman On Oscars Night https://t.co/k6OaKjoIyh via @thefader

One of the crowd, Amir Alamdara, said the event helped boost the profile of Iranian cinema.

"It galvanises people and it makes people more aware that Iranians have got something to offer to this world," he told AFP.

Tanya Arafeh, a Palestinian, said she enjoyed the sense of unity in the central London square.

"I feel proud and empowered, I love the fact that everyone has come together to support each other and also just to have a nice day in London," she told AFP.

British director Mike Leigh addressed the crowd, saying the screening should be both a protest and a celebration.

"Our protest is of course against President Trump's cynical, divisive and destructive policies, especially this unforgivable travel ban," he said.

The film was followed by a mini concert by The Orchestra of Syrian Musicians, who were joined by former Blur frontman Damon Albarn.

Around 50 film personalities, including Ridley Scott, Kiera Knightley, Terry Gilliam, Glenn Close and Julie Christie, signed a letter asking that the film be screened in front of the US Embassy in London.