'Playing with fire': Sudan revolution in peril as splits appear among its protagonists 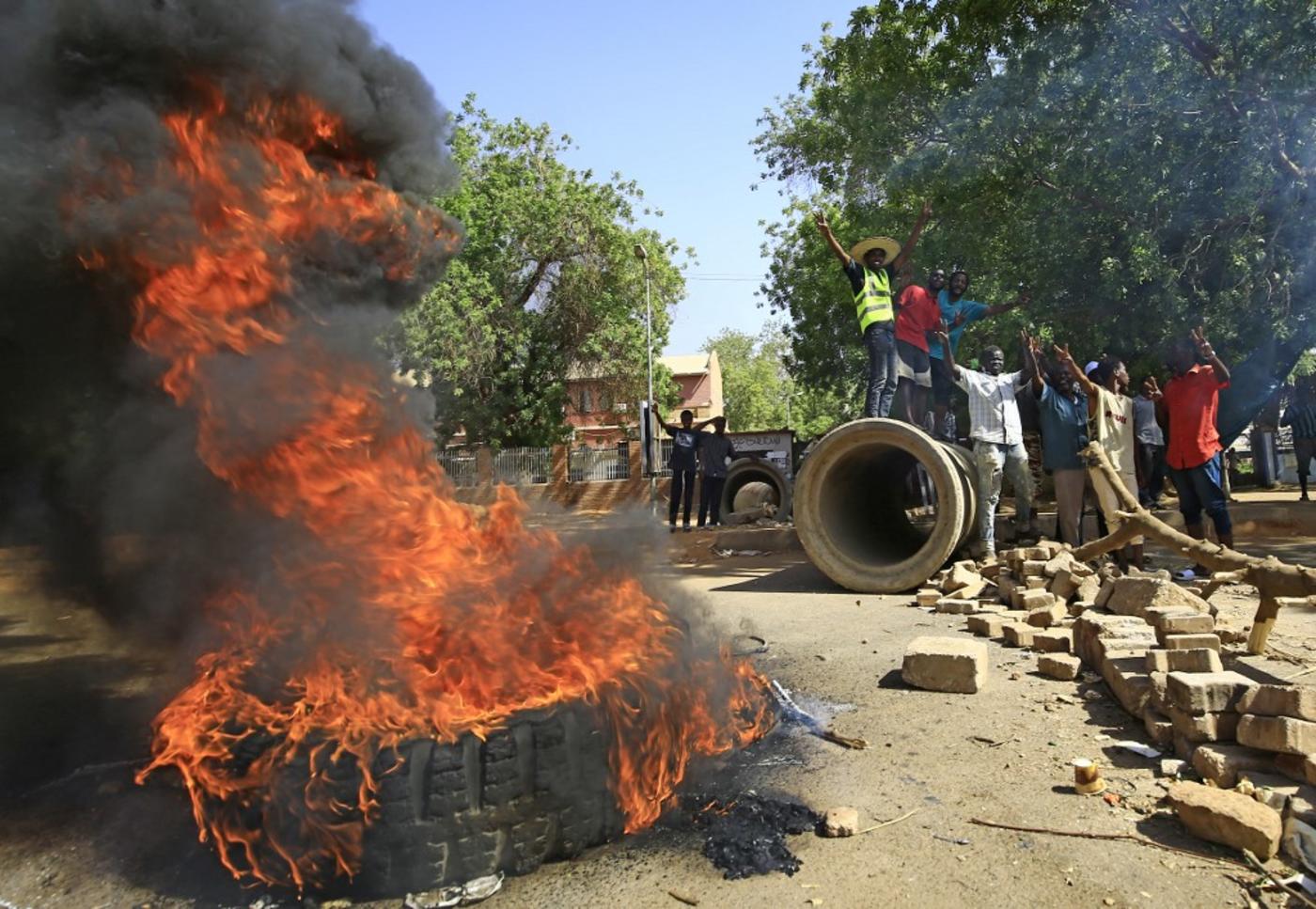 Recent splits over the direction of Sudan's transitional period have widened beyond the army and civilians, to include the political parties and movements supposed to be guiding the process, raising concerns about the country's future.

The National Umma Party (NUP), led by former prime minister Alsadig al-Mahdi, has suspended its membership of the Forces for Freedom and Change (FFC), the ruling coalition which agreed a transitional power-sharing agreement with the army last year.

Disputes have also erupted among the ranks of the Sudanese Professional Association (SPA), a member of the FFC which helped lead last's year uprising against ousted president Omar al-Bashir, over the annual elections for its leadership. Meanwhile, further disagreements have arisen between the transitional government, including the FFC, and armed movements who have been negotiating a peace deal in Juba, the capital of South Sudan, for more than six months.

The appointment of civilian rulers of the states involved, as well as the transitional parliament, have been postponed several times ahead of the expected participation of the political representatives of the armed movements after a final agreement has been signed.

Sudanese political analyst Alshafia Khidir warned that the several crises currently confronting Sudan could undermine everything that has been achieved since the overthrow of Bashir.

“The transitional period is on its way to collapsing quickly and unless all the stakeholders, including the FFC, SPA, army, RSF (paramilitary Rapid Support Forces), armed movements and others sit down to reach a 'national consensus' on the debates, we will lose this important chance for the transition again,” he said.

Sudan's Sovereign Council, which began ruling in August and comprises five military and six civilian representatives, is scheduled to guide the country through a transitional period to elections in November 2022.

Last month, the NUP suspended its membership of the FFC due to disputes with other parties over the management of the transitional period, and called for widespread reform of the coalition.

'Regrettably, we have seen some of our partners in the FFC running after small political gains and that gives us a bad indication of political immaturity'

Talking to Middle East Eye, NUP deputy chairman Fadul Allah Burma Nassir said that the NUP has pushed a comprehensive plan of reforms called the “social contract” that includes the restructuring of the FFC in order to improve the management of the transitional period.

“We see that the goals of the transitional period haven’t been implemented, including the formation of the transitional institutions such as parliaments and commissions, the improvement of the economic situation according to a specific plan, in addition to the peace process among other strategic issues,” Nassir said.

“FFC components have engaged in minor political tactics against each other, also the disputes over the economic reforms have worsened the situation and the current methodology of the peace talks will end with nothing.

“Regrettably, we have seen some of our partners in the FFC running after small political gains and that gives us a bad indication of political immaturity.

"We also believe that the attempt of some political sides to exclude the army from the current dynamics in Sudan is negative, as they were also part of the political change that happened in Sudan.”

A leading FFC member admitted there were widespread disputes among the coalition, but considered it normal due to its wide political umbrella that includes several different parties.

The source, who asked for anonymity because he is not authorised to talk to the media, told MEE that the disputes between the NUP and other political parties have reached their peak over the role of the army, the peace process and the formation of the parliament. “We received this letter from the NUP and we are studying it before we respond to it in the coming few days, but the gap is becoming wider and we are really afraid that the FFC will witness a big split soon," the source said.

"The consequences of that are also serious because it may push the military to intervene and hijack the entire transitional period. Some civilians have voiced concerns that factions in the army may attempt to repeat the same scenario as the overthrow of Bashir last year.

“In this regard, we see that the NUP is playing with fire as its leader has met the military leaders and we don’t know what exactly happened.

"And they are calling for earlier elections, a matter that violates the constitutional declaration governing the transitional period and that will reflect negatively on the democratisation of the country.”

In the meantime, the SPA, which led the protests against Bashir, also witnessed widespread disputes between different groups during the annual elections for its leadership amid accusations of malpractice during the process.

There have also been claims of an attempt for dominance by leftist parties which have a widespread presence among the syndicates of the SPA, which include the unions of doctors, lawyers and journalists.

The Central Committee of Sudanese Doctors and other bodies that participated in the founding of the SPA have accused the newly elected leadership of the SPA of cheating, and widespread mutual accusations of malpractice erupted during the organisation's first-ever convention.

“We see that a specific political party (the Communist Party) is attempting to dominate the decision-making of the SPA through this election," the bodies said in a statement extended to MEE.

"So we think that a political agenda is being imposed here in order to control and direct the SPA and that is actually against its main functions and regulations and would not serve the goals of the revolution.”

However, Mohamed Alfatih, a leading member in the SPA secretariat, stressed that the organisation had held its first convention legally, with the participation of all representatives of the associations, and they had discussed matters freely during the convention that had ended with free and fair elections. “We have to stand for the revision of the agenda of the uprising, including the attempts of the military to intervene in politics and control the transitional period, the violations in war areas, the violations against the freedom of expression, as well as the interventions of some regional countries that tried to impose their agenda on Sudan,” he said.

“A lot of other issues are still unclear regarding justice for war victims in the war zones, including the handing over of Bashir and other criminals to the International Criminal Court ICC, for example.”

Bashir and several of his colleagues and associates are primarily wanted over actions taken during the conflict in Darfur.

The UN has said the conflict left at least 300,000 people dead and displaced 2.5 million others

Another area of dispute for Sudan is between the transitional government, including the FFC, and the armed movements negotiating a peace deal in Juba.

Despite recent breakthroughs and a determination for a final agreement to be signed by 20 June, other pending issues still need to be addressed, in particular the security arrangements.

In the meantime, the main rebel alliance of the Sudanese Revolutionary Front (SRF) is reported to have split into two factions, according to a statement made by Mini Arko Minawi, its deputy chairman.

'This atmosphere of mutual accusations between the partners of the transitional period... is paving the way for the enemies of the revolution to overthrow all of us'

However, SRF spokesman Usama Saeed denied the split, adding that the nine movements under the umbrella of the SRF are discussing a proposal to reform presented by Minawi’s factions.

“We are discussing some suggestions presented by the Sudan Liberation Movement, headed by Mini Arko Minaw, but that doesn’t mean there is a split in the SRF,” Saeed told MEE.

Sudanese political analyst Khidir warned that with all the various disputes underway in the country, the entire transitional period is on the edge of collapse, urging the various civilian and military factions to act in a decisive and responsible way and to avoid a “blame game”.

“This atmosphere of mutual accusations between the partners of the transitional period, and the inability of the transitional government to bring the leaders of the old regime to justice, in addition to the other factors of economic deterioration, is paving the way for the enemies of the revolution to overthrow all of us.

“I suggest that all the stakeholders, including the FFC and others, organise a comprehensive meeting in order to discuss and put together a clear roadmap and timetable of action to implement it.” Covid-19
Coronavirus: Is Sudan's health system in danger of collapse?