Police search for 'armed and dangerous' wife of Paris attacker 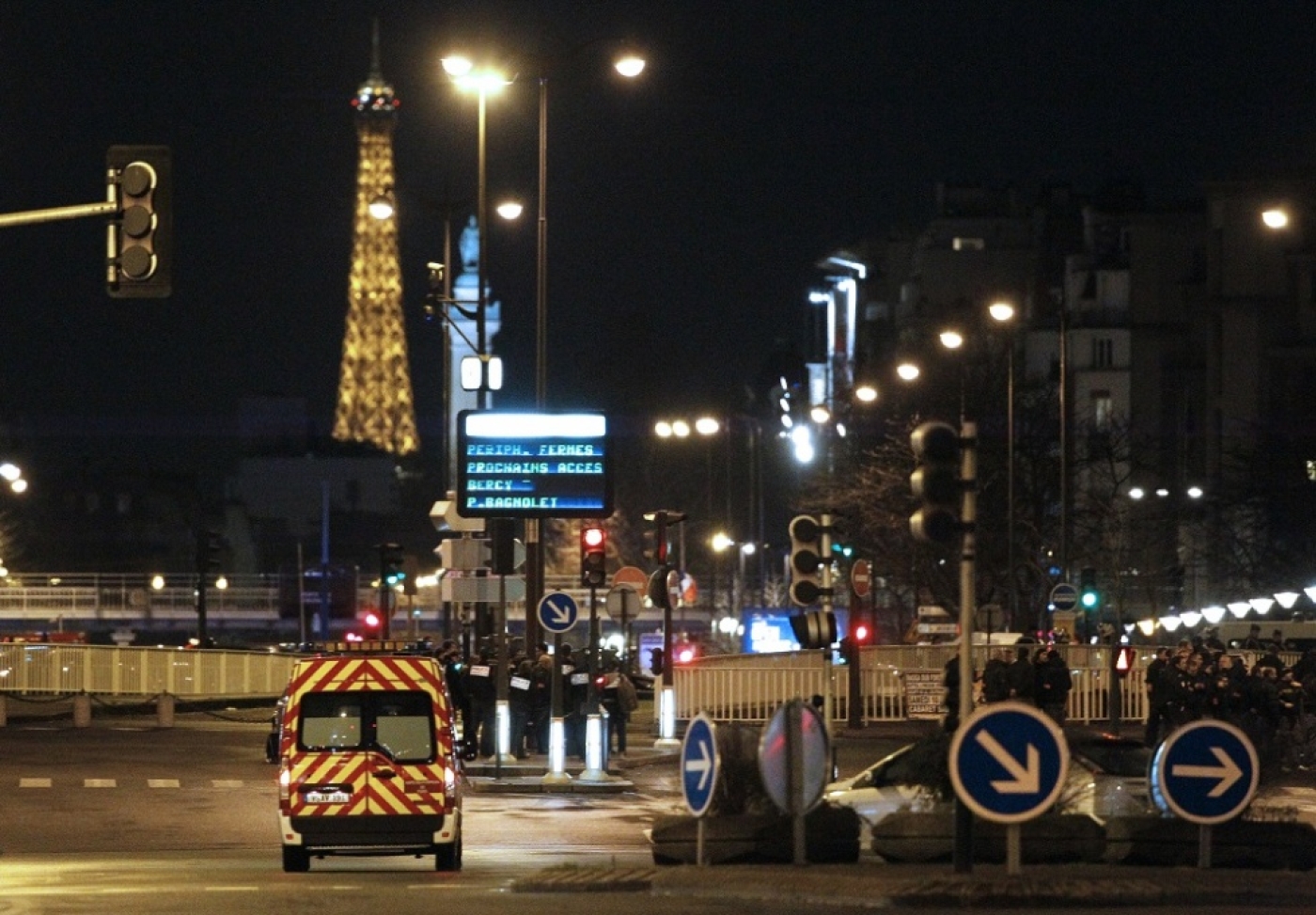 PARIS – The “armed and dangerous” wife of Amedy Coulibay – who killed at least four hostages at a kosher supermarket in Paris on Friday afternoon - was on the run by the evening, as the country continued to be on high alert.

While some reports have suggested that Hayat Boumeddiene partook in the attack on the supermarket, but was able to slip out of the back and avoid arrest, others have claimed that she was not present.

However, Boumeddiene is also wanted in connection with the deadly shooting of Clarissa Jean-Philippe, a 27-year-old rookie traffic policewoman, who was gunned down on Tuesday morning, as well as the shooting of a second victim, a street cleaner who was shot in the face and remains in serious condition.

Coulibay was the main suspect in the attack.

As a nationwide search for 26-year-old Boumeddiene intensified, it was revealed her husband, 32, had telephoned a French TV station hours before he was killed by police.

Coulibay reportedly told BFMTV he was “fighting for Islamic State”, the group which currently controls huge swathes of Iraq and Syria. He also said that he was determined to kill Jews.

“I have sixteen hostages and I have killed four, and I targeted them because they were Jewish,” he said.

According to security sources cited by AFP news agency, he also phoned other people from the scene, urging them to stage further attacks.

Boumeddiene is a former supermarket checkout clerk from a family of Algerian immigrants, who altered her surname to “make it sound more French”, according to an investigating source.

In 2009, however, she gave up her low-paid job in the Juvisy suburb of Paris and “devoted herself” to Coulibay, the source said. “She shared Coulibay’s view of the world too,” the source added. “She became just as radical as him, and potentially just as dangerous.”

It was at this time that she started to wear the full Islamic veil or niqab – a practice which France outlawed in April 2011, making it illegal to don the covering in public places. France is the only EU state to impose such restrictions on the face veil.

The couple lived in nearby Bagneux, where they were known as a devoutly religious couple, despite Coulibay’s regular run-ins with the law. Since the age of 17, Coulibay has been arrested for a spate of different offenses, including drug-related crimes and a 2002 conviction for armed robbery.

Some media reports suggest that Coulibay was radicalised while in prison. Others point to his release as a major turning point, as he became involved with Buttes Chaumont, a group that operated in France's 19th arrondissement and was known to be sending foreign fighters to Iraq.

It is here that many reports suggest that Coulibay first met Cherif Kouachi who - along with his brother Said – carried out the brutal attack on the offices of satirical magazine Charlie Hebdo on Wednesday, killing 12.

While a large-scale police operation was quickly launched in the wake of that attack, the brothers managed to avoid arrest and on Friday morning seized a printing factory in the town of Dammartin-en-Goele, some 35 kilometres north of Paris.

The pair, also of Algerian descent, were killed Friday afternoon following a shootout with police, while a hostage was freed.

“[Coulibay] was in the same Buttes Chaumount cell as the Kouachi brothers,” said a source close to the investigation. “He was friends of both of them.”

The cell was dismantled by police in 2005, and Farid Benyettou - a janitor-turned-preacher who gave sermons calling for fighters to go to Iraq and who is believed to have influenced the two men – was arrested.

In 2010, however, Coulibay took part in a botched prison break, aimed at freeing Smain Ali Belkacem, a former member of the Algerian Islamist group GIA, who carried out the St Michel Metro bombing in Paris in 1995 which killed eight people and wounded 117.

Cherif Kouachi was also linked to the jail break, although he was never charged. Coulibay was sentenced to five years, but released early, according to Le Monde.

When interrogated by police in 2010, Boumeddiene said she was inspired by her husband and the men he associated with who “read a lot of books on religion and because of this, I came to ask questions on religion”.

Images alleging to show the couples firing a host of weapons and posing with guns in Cantal in central France have since been circulated widely on social media and elsewhere.

Said Kouachi also made calls to BFMTV shortly before his death, telling the station that he had been trained by Anwar al-Awlaki in Yemen, saying: “We are the defenders of the prophet.”

He insisted the journalists and cartoonists of Charlie Hebdo were not civilians but “legitimate targets” and that he did not want to kill women and children, “like the West does” in wars in Iraq and Afghanistan.

Awlaki was an American-born preacher of Yemeni descent known for his fiery, anti-US sermons, which he circulated online; he was killed in a US drone strike in Yemen in 2011.

Couibaly was also a close associate of Djamel Bhegal, an al-Qaeda affiliate once based at the Finsbury Park Mosque in north London, which some have accused of promoting violent views in the past.