MEE spoke to UNRWA spokesperson Chris Gunness, who said the Gaza blockade must be lifted so it can return to an export economy 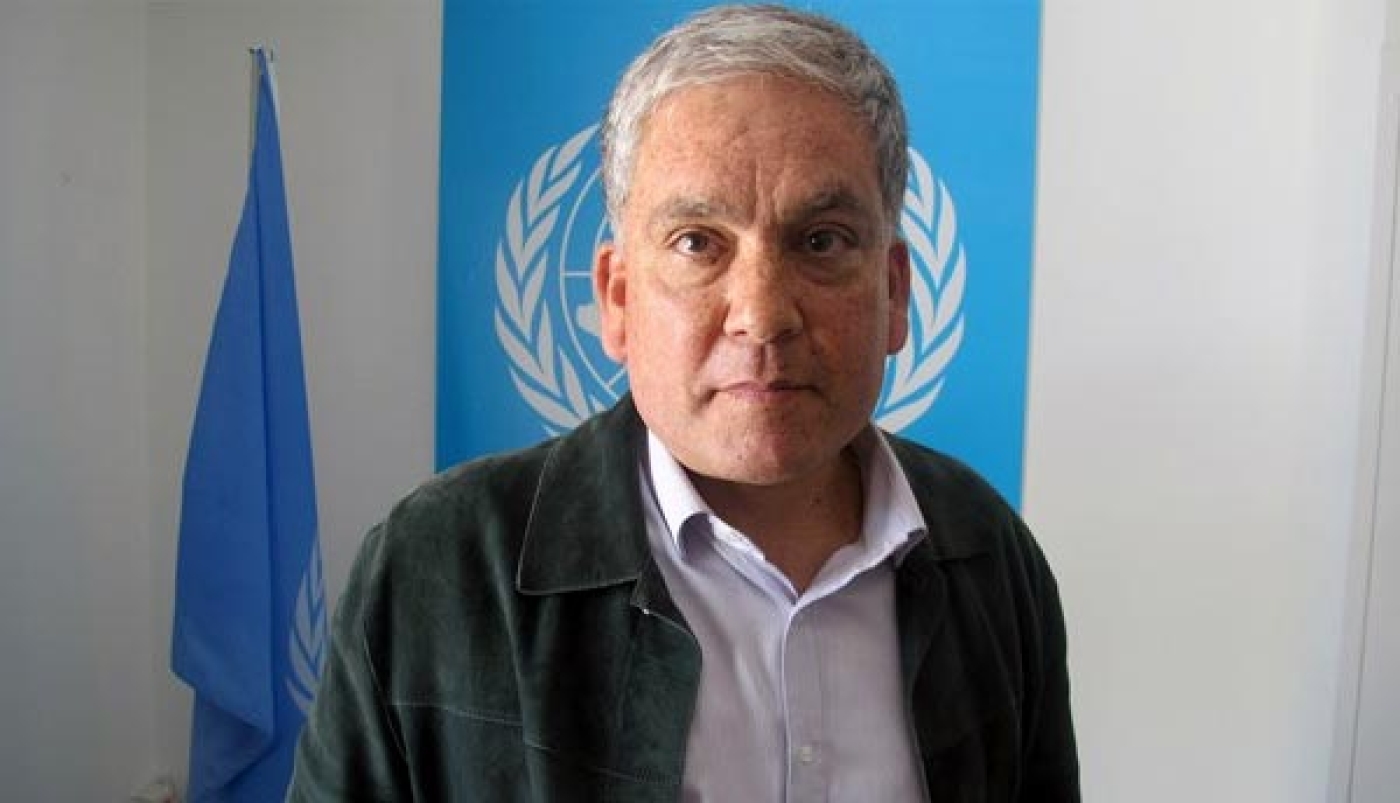 Chris Gunness is spokesperson for the United Nations Relief and Works Agency (UNRWA), which, given the political backdrop of the Israel-Palestine conflict, is arguably one of the most demanding communication jobs going.

UNRWA was established in 1950 to carry out relief and works programmes for refugees created as a result of the 1948 Arab-Israeli conflict. Unique in its long-standing commitment to one set of refugees, UNRWA has supported four generations of Palestinian refugees since its inception. The organisation currently provides assistance and protection to five million registered Palestinian refugees, spread across Gaza, the West Bank, Syria, Lebanon and Jordan.

Gunness worked for the BBC for 25 years before the loss of his partner led him to seek change. He then joined the office of the UN Special Coordinator for the Middle East Peace Process (UNSCO) and, from there, took up his position at UNRWA. He says he was fully aware that his new found task involved a decades-old conflict, but told MEE that he “had no idea of the sheer inhumanity to which people could sink".

During the Gaza war in 2014, Gunness broke down in tears after an interview with Al Jazeera. Israel had just shelled a UN school killing 15 people including his colleague and his son. Unbeknown to Gunness, as he “dissolve[d] helplessly,” the camera was still rolling. The video was broadcast on TV and, within hours, went viral. Gunness became the story.

“I thought I might lose my job,” Gunness told MEE. But instead, he said, the reaction from UN colleagues was "one of overwhelming sympathy". He said he received “emails from people in the Secretary General's office saying that was the most eloquent thing we’ve heard about the conflict in a very long time.”

One senior UNRWA official, he said, wrote: “There is nothing worse than a slick humanitarian… keep going".

Why does he think his tears resonated so much? “I think it demonstrated to many people in the world that there was real sense of outrage and indignation," he said. “Once UN officials, not just UN spokesmen, lose touch with the human dignity that lies at the heart of the work we do, then they are severely impoverished.”

Although some have criticised him over the issue, he remains unapologetic: “If my tears focused the worlds attention on the tears that were being shed in Gaza. Then I make no apologies what so ever.”

In the past eight years working for UNRWA, Gunness said he has witnessed the situation for the Palestinians in Gaza go from “disastrous to frankly completely inhumane”.

"Look at the blockade of Gaza," he said. "In the year 2000, there were 80,000 people dependent on UNRWA for food. Today, there are 860,000. As a matter of political choice, the international community has decided to condemn nearly a million people… to the indignities of aid dependency.”

He is critical of Western governments - UNRWA's major donors - for not doing enough to bring an end to the conflict.

Why has Gaza not been rebuilt?

Currently, he said, UNRWA is going through its biggest ever-financial crisis which severe limits what it is able to achieve, including the reconstruction of Gaza which fell short of “half a billion dollars”. During the Gaza war, 140,000 refugee properties were “totally destroyed, partially destroyed or impacted by the war”. One year on, only one house has been rebuilt in Gaza. This “disgrace” leads to “a sense of real desperation in Gaza,"

But the reconstruction alone will not change the situation for those in Gaza, he said.

"Even if Gaza was reconstructed tomorrow morning and everybody lived in beautiful houses, you [would] still need to lift the blockade. Gaza is an export economy, "it has to be given back its economy because, without it, there will be continued instability and conflict," he said.

The financial burden on UNRWA could not have come at a worse time: “Its so sad and ironic that UNRWA has just had its worst financial crisis in its history at a time when you’ve got unprecedented extremism in the region and unprecedented refugee flows into Europe.” He views “a fully-funded UNRWA” as a serious “threat to extremism… one element of the many different international responses we should be seeing".

Since October, Israeli-Palestinian violence has left 65 Palestinians and nine Israelis dead. “We have a situation where we have a feeling on the Palestinian side of frustration and despair," he said.

Gunness cited “settler violence… which happens largely with impunity", “not having access… to al-Aqsa” and “disproportional use of force” by the Israeli army as “driving the Palestinians, particularly a new generation of younger Palestinians, to feel there is no political future.”

He stressed that neither he, nor the UN condone Palestinian knife attacks “but on the other hand, they all have a context, and that context is the deepening occupation and the brutality the comes with that.” The reality is “a new generation of younger Palestinians” that “feel there is no political future".

When MEE asked Gunness about staying neutral in what many perceive to be an unbalanced conflict, he said he agrees that “it is a very unbalanced conflict in that you’ve got one side throwing stones and on the other side often with guns,” but “we can only do this work if we remain neutral" and "UNRWA’s neutrality is the family's silver".

The Syrian civil war has put further pressure on UNRWA: “Our Syria appeal was 52 percent funded. We were reduced to giving refugees what amounted to about 60 cents per refugee per day, in the context of Syria.” Palestinian refugees in Syria are “doubly vulnerable because they were already refugees in Syria and now they’re in Lebanon, refugees for a second time.”

Out of 12 refugee camps in Syria, seven “have been drawn into the war and have been severely damaged, so the flight options of the Palestinians are severely limited".

The flow of Syrian refugees also puts further burden on refugees in Lebanon, he said: “In Lebanon, Palestinians who have come from Syria, were getting a $100 a month allowance for rental subsidies. That’s gone,” meaning thousands of families are now homeless. Gunness called for “the Security Council to take meaningful political action to begin the long process of halting the Syria civil war”.

“Civil wars have been halted before," he said. "It’s not beyond the wit of men.”

Gunness said that “UNRWA wants nothing more than to pack up it’s bags and go away, but that will happen when there is a just and durable solution for the Palestine refugees, based on international law, based on UN resolutions and, by the way, in consultation with the refugees.

Despite the peace process being almost non-existent, Gunness is optimistic that peace could eventually become reality - although, he said, maybe not in his lifetime.

Until then, Gunness is going nowhere.

“There’s too much of a good job to be done," he said. "Once working with Palestinians refugees gets under you skin, there’s no turning back… if you work with communities that are so disadvantaged, you just stay there. You have no choice but to carry on."