Political tensions in Slovenia mount over case of Syrian refugee

The case of Syrian refugee Ahmad Shamieh, who is due to be sent back to Croatia, threatens prime minister's future 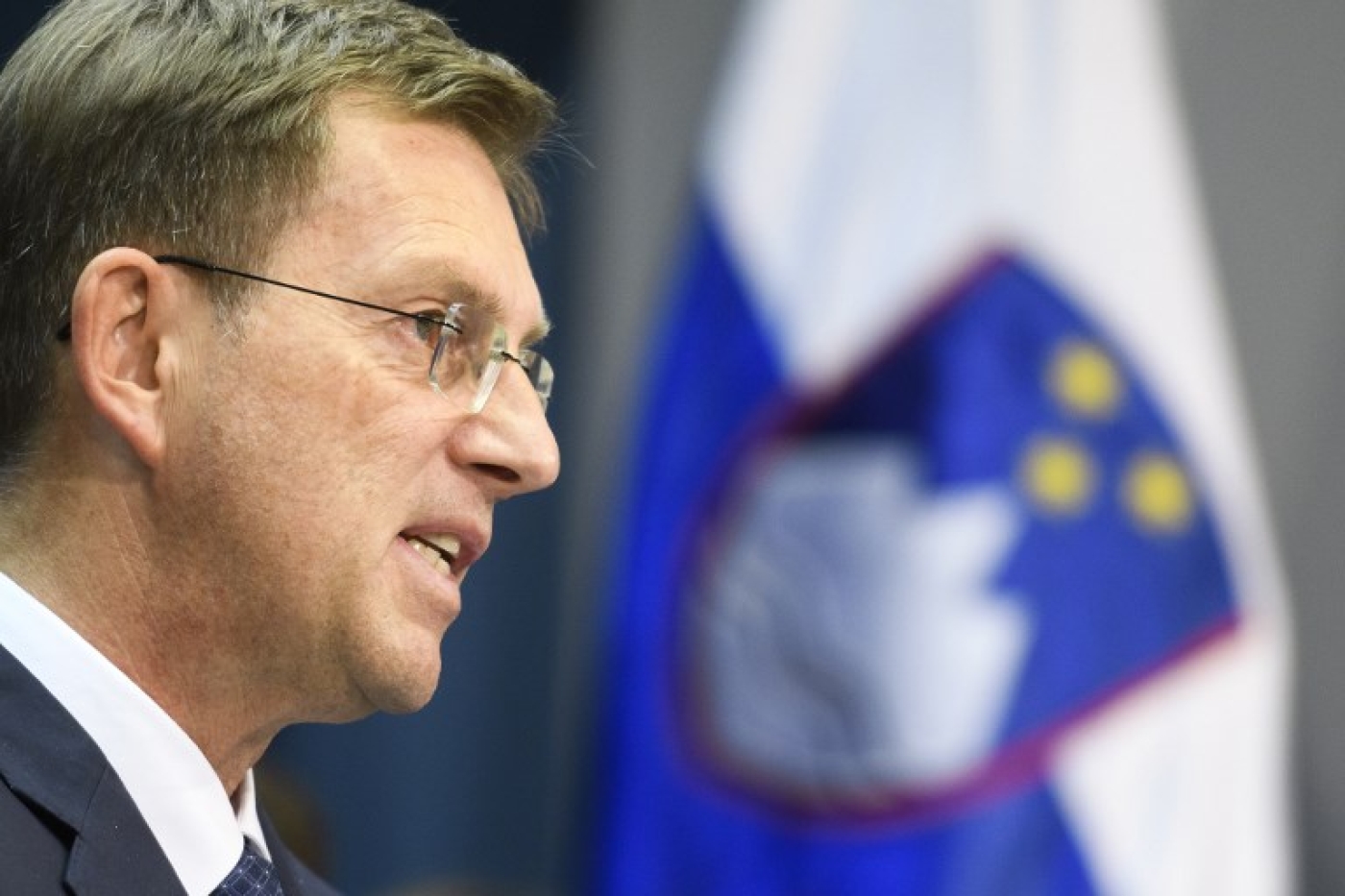 LJUBLJANA, Slovenia – The prime minister of Slovenia, Miro Cerar, one of the few liberal leaders in central and eastern Europe, continues to face impeachment over his support for a Syrian asylum seeker who is facing deportation.

The case of 46-year-old Syrian refugee Ahmad Shamieh has become a key dividing line in the country's politics. The future for Shamieh, who arrived in Slovenia in 2015 and became an example of successful refugee integration, is unclear as he undergoes medical treatment following a nervous breakdown.

If the country's right-wing opposition party is successful in its motion, not only will he be sent back to Croatia after his full recovery, but Cerar, the leader of the centrist moderate party, could be dismissed from office by MPs.

While the case of Shamieh has been continuing for weeks, the deepening divide resurfaced over the past week when Slovenian President Borut Pahor condemned Cerar's decision to support Shamieh, calling it "hasty" during an interview with Slovenian daily Dnevnik.

Cerar has two weeks to answer the charges before a vote in parliament, where the opposition will require a two-thirds majority to carry the motion and force a public court hearing.

After Shamieh, a father-of-five from Damascus suburb of Darayya, arrived in Slovenia 20 months ago, his asylum claim was rejected over the summer by local courts, which ordered that he be deported to Croatia, where he first officially entered EU.

According to Uros Skerl Kramberger, a journalist at the Slovenian daily Dnevnik: "On 13 November, Ahmad received an invitation from the Government's Office for Support and Integration to attend a 5.45am meeting the next day."

Pointing out that the request to attend such an early meeting after receiving a court order for deportation "was unusual," Skerl Kramberger said: "I believe that authorities were aware of the huge support Shamieh enjoyed among civil society and they wanted to end the issue quickly."

A petition launched against Shamieh's deportation was signed by almost some 4,300 people, among which are academics, intellectuals, athletes, actors and musicians.

According to Jan Skoberne, a coalition MP from the left-leaning SD, the ministry of interior announced its plans to deport Shamieh back to Croatia during a press conference shortly after the court decision was made.

Meanwhile, PM Cerar had condemned the court decision on Twitter, sayıng that he had would stand with Shamieh until the end.

Parliament as a shelter

In early hours of 14 November, the day of Shamieh's expected deportation, around 60 activists and journalists gathered outside the asylum centre in Ljubljana to show their support for him.

Shemiah's friend Miha Blazic, who was present on the day, said that Shamieh arrived at the government building wearing a white sheet and accompanied by parliamentarians Jan Skoberne and Miha Kordis, from the left-wing opposition Levica party.

"Ahmad had told us that the colour white symbolizes death in his culture, so he wanted to convey to the authorities that he had surrendered to the idea of being sent to back to Croatia [which to him was like death]," Blazic told MEE.

After learning that Shamieh would still be deported following a short meeting at the ministry of interior, Skoberne, from the left-wing SD party in the coalition government, and Kordis, from the left-wing opposition Levica party, took Shamieh to Slovenia's parliament building to prevent the police from taking him away.

News of the MPs' move spread like wildfire across local media eliciting strong reactions from members of the public who supported the move and those who  did not.

Tens of thousands of refugees have passed through Slovenia since the refugee crisis began, leading Cerar to claim two years ago that without action to control Europe's frontiers the EU would collapse as individual member states took unilateral action. The issue of immigration remains highly controversial in the country.

But Shamieh's stay in parliament did not last long. Confused and anxious over the political and media frenzy, he suffered a nervous breakdown and was admitted into a psychiatric hospital in Ljubljana on 19 November.

He has since been released but continues to receive medical treatment for his condition.

Slovenian government sources told the Guardian that the issue had been politicised by both the left and the right to destabilise Cerar's government in the lead-up to next's years parliamentary elections.

During a press conference in November, Cerar, who has been prime minister since 2014, suggested that he also wanted to find a way to grant Shamieh residence on the grounds of his integration into Slovenian society.

His response prompted claims from right-wingers in the Slovenian parliament that Cerar, a constitutional lawyer, had sought to interfere in the affairs of the independent judiciary.

But while the bulk of the political backlash came from right-wing opposition parties, it was not limited to that. Within a few days, the Slovenian government was facing opposition from within its cabinet.

According to Blazic, "Ahmad's case was considered an opportunity by the right-wing which they could use to undermine the coalition and prime minister."

During a press conference  on 14 November, conservative SDS politician Branko Grims told the public: "Which Slovenian family receives 50,000 euros [$59,000] from the government?

"How much do you think it costs us to provide accommodation and court trial for an illegal migrant Shamieh," he added.

MEE approached Grims for further comment but received no reply.

Shortly afterwards, Slovenian Foreign Minister Karel Erjavec threatened to quit his post in a show of opposition towards Shamieh remaining in the country.

"Shamieh can go to Croatia and seek asylum there," Erjavec told local media, while pointing out that Croatia was a safe country for migrants and tourists alike.

Despite Slovenia being the seventh-most peaceful country, according to 2017 Global Peace Index, it is not a popular destination for refugees.

In addition to the fact that many refugees are not familiar with the tiny ex-Yugoslavian country, Blazic emphasised the role of the authorities in making Slovenia as "inhospitable as possible".

"When you walk through Slovenian streets, you can't see refugees," Skerl Kramberger told MEE. A few weeks ago Dnevnik described the role of the Ministry of Interior in its duty towards migrants as an attempt tomake "the life of refugees miserable so that they leave as soon as possible".

Despite this unwelcoming environment, Shamieh has worked hard to give back to society.

"Ahmad learned Slovenian and has taken an active role in society," said Blazic, who, together with his partner Zana Blazic, is a member of a working group in Ljubljana that helps asylum seekers.